Washburn Rural's golf team assured itself of a top-six team finish in the Class 6A state tournament Monday, advancing to the second round of the tournament at Mariah Hills in Dodge City. Washburn Rural senior Luke Leonetti is tied for sixth in the Class 6A state tournament after an opening-round 73 at Mariah Hills in Dodge City. [File photo/TSN]

The top six teams after the opening 18 holes moved on to Tuesday's final round, with the Junior Blues earning the final qualifying berth with a four-man score of 311, edging Shawnee Mission East by a stroke. Blue Valley West was the first-day leader at 299.

Senior Luke Leonetti paced the Junior Blues with an opening round of 2-over-par 73 and enters the second round tied for sixth place.

Senior Giles Frederickson added a 76 for the Junior Blues, followed by Maddox Hight with an 80, Tadd Armstrong and Andrew Burdett with 82s and Turner Depperschmidt with an 83.

Tuesday's second round is scheduled to get under way at 10 a.m.

FOUR CITY PLAYERS ADVANCE IN 5A

Regional team champ Seaman and runner-up Shawnee Heights came up short of team berths for the second round of the Class 5A state tournament at Winfield's Quail Creek Golf Course, but four city players remained alive for individual state medals.

Seaman was eighth as a team after the opening 18 holes and Shawnee Heights 10th, with the top six teams advancing to the final 18 holes.

Seaman senior Tim Biggs was 12th after Monday's first round with a 76 and Topeka West sophomore Myles Alonzo is tied for 17th after a 78 while Seaman senior Gavin Wilhelm advanced with a 79 and Shawnee Heights junior Alex Valdivia qualified with an 80.

SILVER LAKE'S BADSKY MOVES ON IN 3A

Silver Lake sophomore Bryce Badsky moved on to the second day of the Class 3A state tournament at Salina Municipal with a first-round 80.

Badsky, a state medalist as a freshman, is currently tied for 10th place.

HAYDEN'S RODRIGUEZ COMPETES IN 4A

Hayden freshman Tagen Rodriguez made his Class 4A state tournament debut with a 97 Monday at Sand Creek Station in Newton.

Rodriguez did not advance to the second round of the tournament. 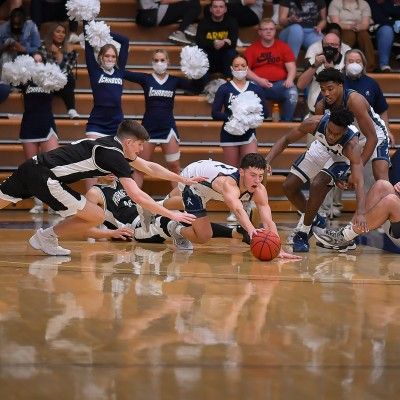