House of champions: Topeka's Alonzo brothers on a hot streak

It's been a good couple of weeks for Topeka's golfing Alonzo brothers.

Former Topeka West star Addison Alonzo celebrated a second straight national team championship with Hutchinson Community College on May 13 and got back to Topeka just in time to cheer on younger brother Myles, a West sophomore, who captured a Class 5A individual regional title last Monday at Lake Shawnee.

Addison Alonzo carved out an impressive high school career for Richard Mariani's Chargers and Myles is picking up where his older brother left off.

As a freshman Myles was the individual runner-up in the Centennial League tournament and placed third in the city tournament and third at regionals, earning TopSports.news All-Shawnee County first-team recognition.

This spring he posted a tie for fifth in the Centennial League and was seventh in the city meet before winning his regional title in dramatic fashion.

Alonzo three-putted on his final hole of regulation to end up tied with Shawnee Heights standout Alex Valdivia for medalist honors with a 76.

"I should have chipped that putt (on his 18th hole), Myles said. "I had a lot more fringe in front of me and I hit it and it bounced it off the line and it just started rolling off and I was like, 'Oh no.' ''

But Myles was able to shake off that disappointment and holed a 30-foot birdie putt on the first playoff hole to take the win.

"You just have to focus on your shot only,'' Alonzo said. "Don't remember anything and just grind out your own score.''

Addison, meanwhile, is still basking in the glow of Hutchinson's title repeat and ended the 72-hole event with his best round off the tournament, a 2-under-par 70 as the Blue Dragons rolled to a 20-stroke victory in the team race at Odessa (Texas) Country Club.

Now Addison, who finished as high as fourth at state for the Chargers before having his senior season wiped out by COVID-19, will be rooting for Myles to earn family bratting rights of his own Monday and Tuesday in the 5A state meet at Winfield's Quail Ridge Golf Course.

Shawnee Heights' Valdivia figures to be in the 5A title hunt after finishing sixth a year ago while Seaman and Heights will compete for the team title after tying for the regional team championship.

Seaman won the regional crown as a result of a higher fifth score, with senior Gavin Wilhelm tying for third place to lead the Vikings. Seaman also got an eighth-place finish from freshman Bradley Williamson (84), a ninth from senior Tim Biggs (85) and a 10th-place showing from sophomore Zach Weir (86).

Shawnee Heights junior Aiden Jones finished sixth with an 80 while Tyler Lincoln was 11th with an 88 and junior Tanner Zerger tied for 12th with an 89.

CLASS 6A AT DODGE CITY

Perennial Class 6A title contender Washburn Rural will be back in the state tournament at Mariah Hills in Dodge City after a second-place regional finish last Monday in Junction City.

Senior Turner Depperschmidt tied for third with a 77 to pace the Junior Blues, who shot a four-man score of 321 to finish second to Manhattan (311).

Senior Giles Frederickson tied for sixth with a 79 for Rural while junior Andrew Burdett tied for 10th with an 82 and senior Luke Leonetti tied for 12th with an 83.

CLASS 4A AT NEWTON

Hayden freshman Tagen Rodriguez qualified as an individual to compete in the Class 4A state tournament at Sand Creek Station in Newton.

Rodriguez shot an 87 at regionals to tie for 15th and earn his spot in the state field.

CLASS 3A AT SILVER LAKE

Silver Lake sophomore Bryce Badsky, a Class 3A state medalist as a freshman, will compete as an individual in the 3A state tournament at Salina Municipal.

Badsky placed 13th in the 2021 3A state tournament, earning a spot on the All-Shawnee County first team.

Badsky earned his berth in this year's state meet with an eighth-place regional finish, shooting a 90. 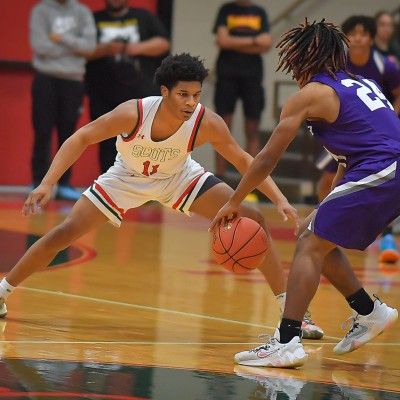