Cusicks roll to Class 5A doubles title, Chargers second as a team

Topeka West's Ian Cusick woke up Saturday morning with the feeling that it was going to be a great day for himself and twin brother Miles in the final day of the Class 5A boys state tennis tournament at Kossover Tennis Center.

The Cusicks then went out and delivered on those positive vibes, completing a spectacular 37-4 season with the state doubles championship. 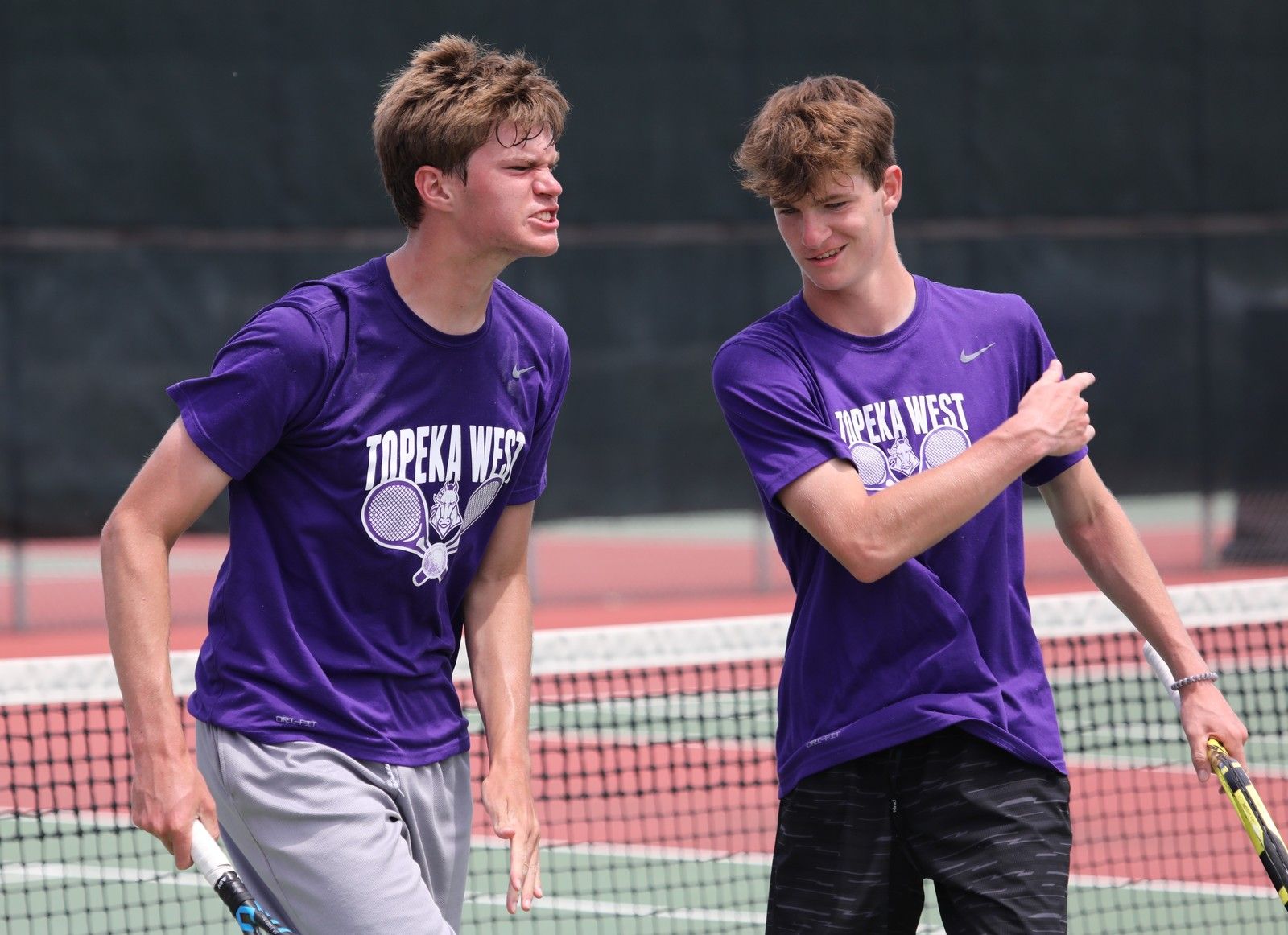 Topeka West's Ian and Miles Cusick jump for joy after finishing off their Class 5A state doubles championship with a 6-3, 6-2 win over Maize South. [Photo by Katie Davids/Special to TSN]

"I think we were confident coming in,'' Ian Cusick said. "We've been playing great since regionals, even a little before that. We've been on top of our game and then coming into the second day today we were just looking to blow out everyone.''

The Topeka West juniors opened Saturday with a 6-1, 7-5 semifiunal win over Salina Central seniors Collin and Connor Phelps and then followed that up with a 6-3, 6-2 win over Maize South senior Grayson Wright and junior Mitchell Krumm.

Saturday's championship represented a huge step forward for the Cusicks after a ninth-place finish in their first state tournament last season.

"I've thought about getting ninth last year a lot, especially losing in the quarterfinals to Salina Central,'' Ian said. "It's really been at the top of my mind, or at least in my mind, since we lost. I think it motivated us to come out here and do the best that we can, which is win.''

"Every day that we practice, that's what we've thought about, but to come back and win it this year has been really great,'' Miles said.

And Miles said the Cusicks wouldn't have been satisfied with anything less than a title.

"We wouldn't have been satisfied,'' Miles said. "From ninth place to second place, it's not first place.''

Ian said he and his brother even surprised themselves a little bit in the championship match.

The Cusicks jumped out to 3-0 and 5-1 leads in the opening set and never were in any serious trouble.

"I don't think we were personally expecting to perform so well against a team of that caliber,'' Ian said. "They're really great players but we just came out and shocked them in the beginning and they couldn't get back.'' 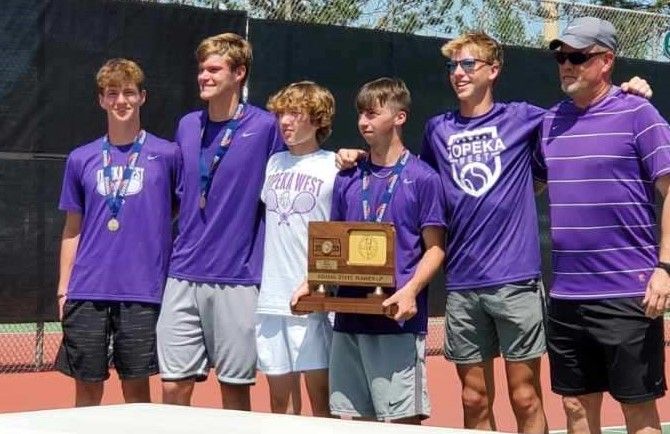 Topeka West poses with its second-place team trophy after Saturday's Class 5A state tournament. Not pictured is senior Gavin Chavez, who graduated Saturday afternoon after a sixth-place doubles finish. [Photo by Katie Davids/Special to TSN]

Coupled with a sixth-place doubles finish from senior Gavin Chavez and junior Carter Cool, Topeka West finished second to Maize South in the team standings, the highest team finish for the Chargers in Kurt Davids' long tenure as West's coach.

"I've had two third-places for the boys and one for the girls at state, so thi is the highest for me and I'm absolutely very proud of this team,'' Davids said. "The best part is we get five of the six back next year.

"And I don't think these kids are going to have any problem motivating themvelves to improve even more for next year. They'll be easy to rally into a, 'Second place is not a good enough,' mentality.''

Maize South won the team championship by a 33-27 margin over Topeka West, with Blue Valley Southwest third with 25 points.

In addition to the runnerup doubles finish from Wright and Krumm, Maize South got a third-place singles finish from senior Harris Kossover, a member of Topeka's highly-respected Kossover tennis family.

SANDSTROM/GLOTZBACH SECOND IN 4A DOUBLES

Sandstrom and Glotzbach (30-10) advanced to the 4A state doubles final for the second straight season beore dropping a 6-1, 6-3 decision to Independence senior Brecken Bertie and sophomore Camdon Julian (30-7) in the doubles championship match.

The Wildcats also got a seventh-place doubles finish from senior Patrick Gorman and sophomore Joseph Luke.

Independence won the team championship with 38 points while McPherson was second with 32 points and Hayden third with 24.

Rural senior Mason Thieu finished 12th in 6A singles despite being forced to default his final three matches of the tournament. 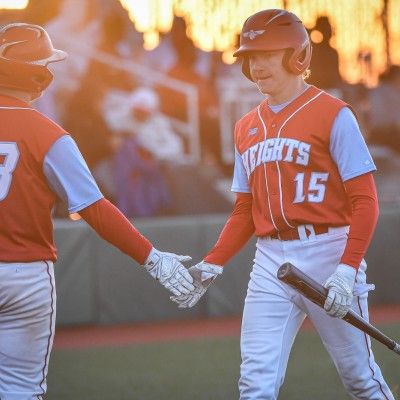