A year ago, Topeka West's Ian and Miles Cusick made their Class 5A state tennis debut, with a tough quartefinal loss derailing the Cusicks' state championship hopes on the way to a ninth-place doubles finish.

Back in the state field Friday, the Cusicks rolled past that quarterinal stumbling block and into Saturday's 9 a.m. state doubles semifinals at Kossover Tennis Center.

Now 35-4 on the season, the Topeka West juniors opened this year's state bid with a 6-3, 6-3 win over Kapaun Mt. Carmel's Gavin Bhargava and Johnathan McIlvain and then followed that up with a 6-0, 6-1 quartefinal victory over Maize South's Hudson Grizzell and Noah Rodriguez

The Cusicks said that with a year of state tournament experience under their belts they felt a lot more comfortable on Friday.

"I think I was 10 times more comfortable,'' Ian Cusick said. "Improving as a player makes you feel more comfortable on the court and then just knowing how its going to go and seeing all these really great players, I know what to expect.''

"We're just a lot more comfortable and it helps that we're at home,'' Miles said. "It's really cool to have a lot of people here to support us and we're excited to play tomorrow.''

The Cusicks said that getting past the quarterfinals was a big confidence-builder.

"Last year we went to three sets and then right after that we had to play another one and lost it,'' Ian said. "This year it's certainly very good to get to go to the semifinals and top four.''

"Our first match today was against someone that we lost to last year in state so that really helped us to start, to kind of get that revenge game,'' Miles said. "And then after that we just started playing well and making consistent shots and getting balls in and we were good from there.''

The Cusicks will face Salina Central seniors Collin Phelps and Connor for the third time this season in the semiinals, with the two teams 1-1 against each other on the year.

Miles Cusick said he and his brother just want to play their best on Saturday and see what happens.

"That's always the goal, we always want to play to our best ability and if someone does beat us we won't be happy but we'll know that we played our best and that will be that,'' Miles said.

Topeka West's doubles team of junior Carter Cool and senior Gavin Chavez lost its opening doubles match but bounced back to stay alive with a pair of victories.

CLASS 4A AT WINFIELD

Wildcat senior Michael Sandstrom and junior Gus Glotzbach (29-9), who placed second in doubles in the 2021 state tournament, advanced to the 4A state semifinals with a pair of wins on Friday. 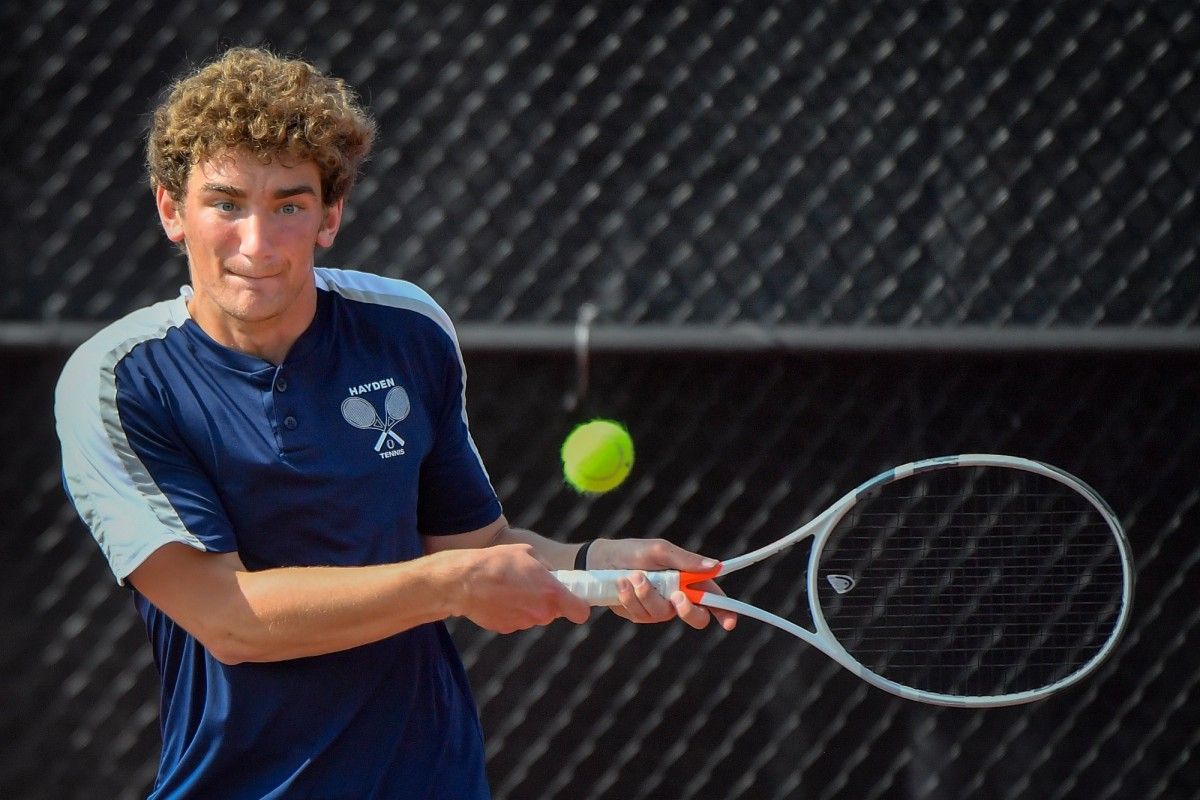 Senior Michael Sandstrom, returning a shot earlier this spring, is headed to the Class 4A state doubles semifinals for the second straight year. [File photo/TSN] 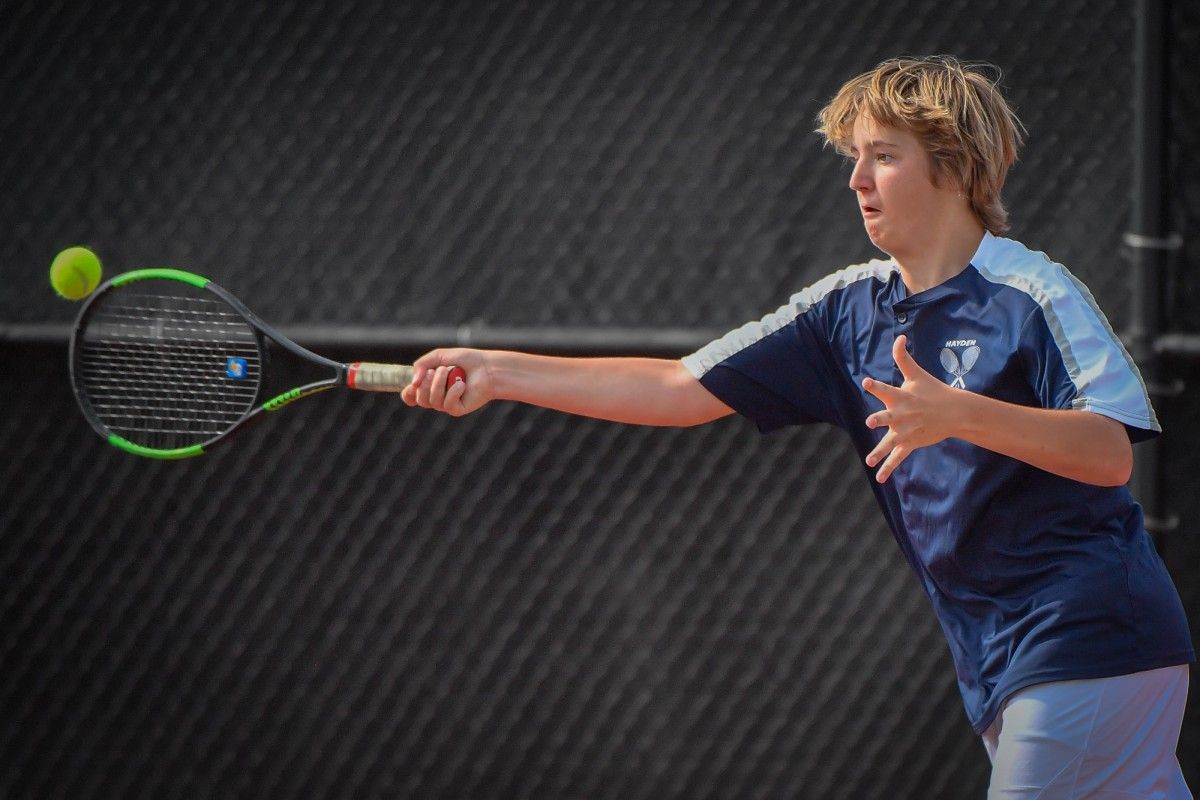 Hayden junior Gus Glotzbach (above) and doubles teammate Michael Sandstrom advanced to the Class 4A state doubles semifinals with a 6-4, 6-1 win. [File photo/TSN]

Sandstrom and Glotzbach advanced to Saturday's semifinal with a 6-4, 6-1 quarterfinal win over Independence's Aiden Denney and Easton Morris.

Sandstrom and Glotzbach will face Chanute's Hayden Newton and Kaidan Frederick in the semifinals.

Regional champion Washburn Rural got off to a tough start Friday, with the Junior Blues losing all four of their opening matches, two in tiebreakers.

The doubles team of Jiyoon Park and Zach Willingham went 0-2 and was elminated from state competition. 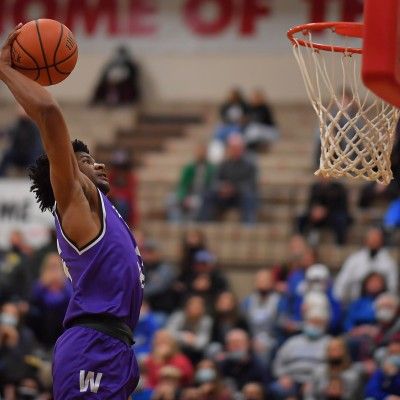