Tae Thomas ended her senior regular season the way she thought she was going to with her three goals in Topeka High’s 7-1 Senior Night soccer win over Emporia at Hummer Sports Park.

“I told myself before the game that it would be nice to get a hat trick in my last (regular-season) game,” Thomas said. “These past four years now have been great. Being on this team is a different environment compared to the other sports that I have played. I wouldn't be where I am today without all of the great teammates helping me get all of these wonderful opportunities in soccer and in life.

“Soccer holds a special place in my heart and it’s going to hurt when it’s all said and done.” 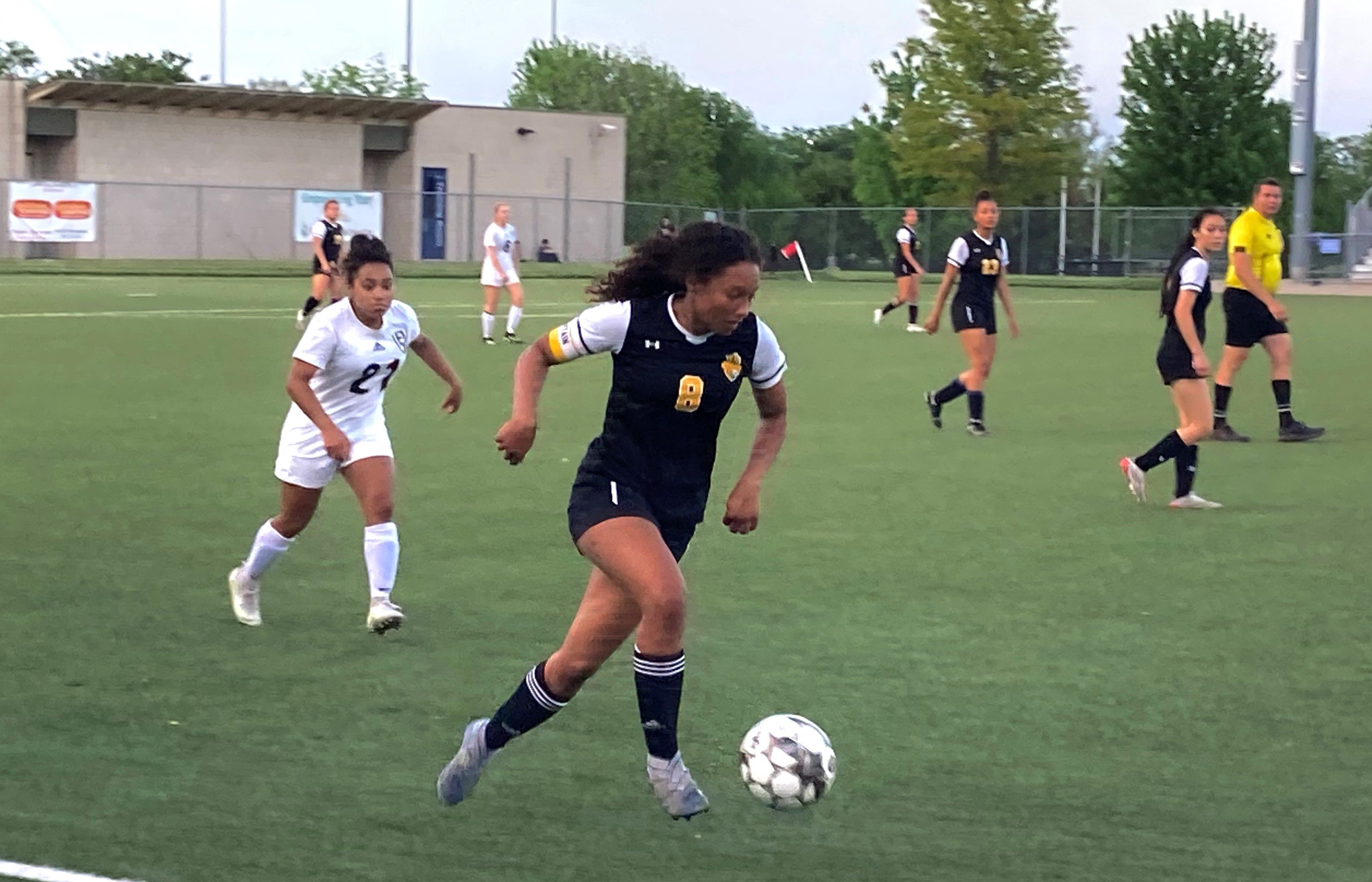 High’s Senior Night was a special night for everyone involved, as four out of five Trojan seniors were able to score a goal to help cap off their time as a member of the Topeka High soccer team.

“Tonight was just so special for our senior group,” Topeka High coach Derek Snook said. “We were looking to our seniors to score goals for us from the get-go. Tae’s night was huge and everyone else played great. This was a great way to end Senior Night and I am proud of what they have done for us.”

The Trojans finished the regular season with an 11-5 record.

“The seniors that are leaving are my best friends, so the day has been emotional for us,” Cierra Carranza said. “Seeing them about to go is just a shock. We’ve had so much chemistry over the last few years. The seniors are going to go succeed wherever they go next. I want to go see them grow up more and succeed, but I will miss them every day.”

High couldn’t have pictured a better send-off for their seniors and a segue into regionals after taking a couple of tough losses against Seaman and Washburn Rural.

“We did some great things today,” Snook said. “Hopefully, we found ourselves again. We were rolling and winning a lot before those two losses and I think after tonight our girls put us in a great spot again. We are playing for each other again instead of playing individually.

“This should get us on track and ready to go for regionals.”

After scoring two goals in the previous two games, High was able to dominate Emporia with seven in one night.

The Trojans' defense also stepped up in a big way against the Spartans. The defense allowed nine combined goals in their previous small losing streak, but only gave up one on Thursday night.

High’s career night started 1:15 into the first half when Luxanna Sands would set up Thomas for a quick goal.

Sands would drive in a goal for herself 6:22 later. She would score by a way of a header. At this point, it seemed like Topeka High was back.

Topeka High would add on one more goal before the halftime break. Maribelle Belaire-Serna would get an assist from Carranza and the Trojans would have an overwhelming three-goal lead going into the locker room at the half.

Similar to Thomas, Adrianne “Ace” Caracioni would score a goal right when the first whistle blew. 1:48 in the second half, Caracioni would increase the lead to four when she knocked in a penalty kick.

The Topeka High defense was having their way with the Spartans. Credit goes to Faith Shields, Molly McGuire, Haley Carpenter, Emma Benson and the crew for controlling the tempo of the game.

Goalkeeper Keira Trupp would provide Topeka High with her brick-wall blocking style which prevented Emporia from creating any type of offense.

Eleven minutes after Caracioni’s goal, Sands would get her second assist by kicking a great pass to Thomas for her second goal. Topeka High would now be up 5-0 with 26:47 to go in the contest.

With 11:31 to go in the game, Topeka High would accidentally kick in their own goal giving Emporia their first notch on the scoreboard.

Sophomore standout Avery Zimmerman didn’t let Emporia have any fun when she scored a goal giving High their five-goal lead back.

To finish the game off, Thomas would net in a goal for the hat trick giving High a 7-1 lead which would go on to be the final.

Up next, Topeka High will host a first-round regional game at Hummer Sports Park on Tuesday at 6 p.m. Playof pairings will be announced on Saturday.

Hi-lights from the Hays Indians vs the Seaman Vikings