MIAA regular-season softball champion Washburn will make its fifth NCAA postseason appearance and the second since the 2018 when the Ichabods open play at 2 p.m. on Thursday against Minnesota State in Claremore, Okla. 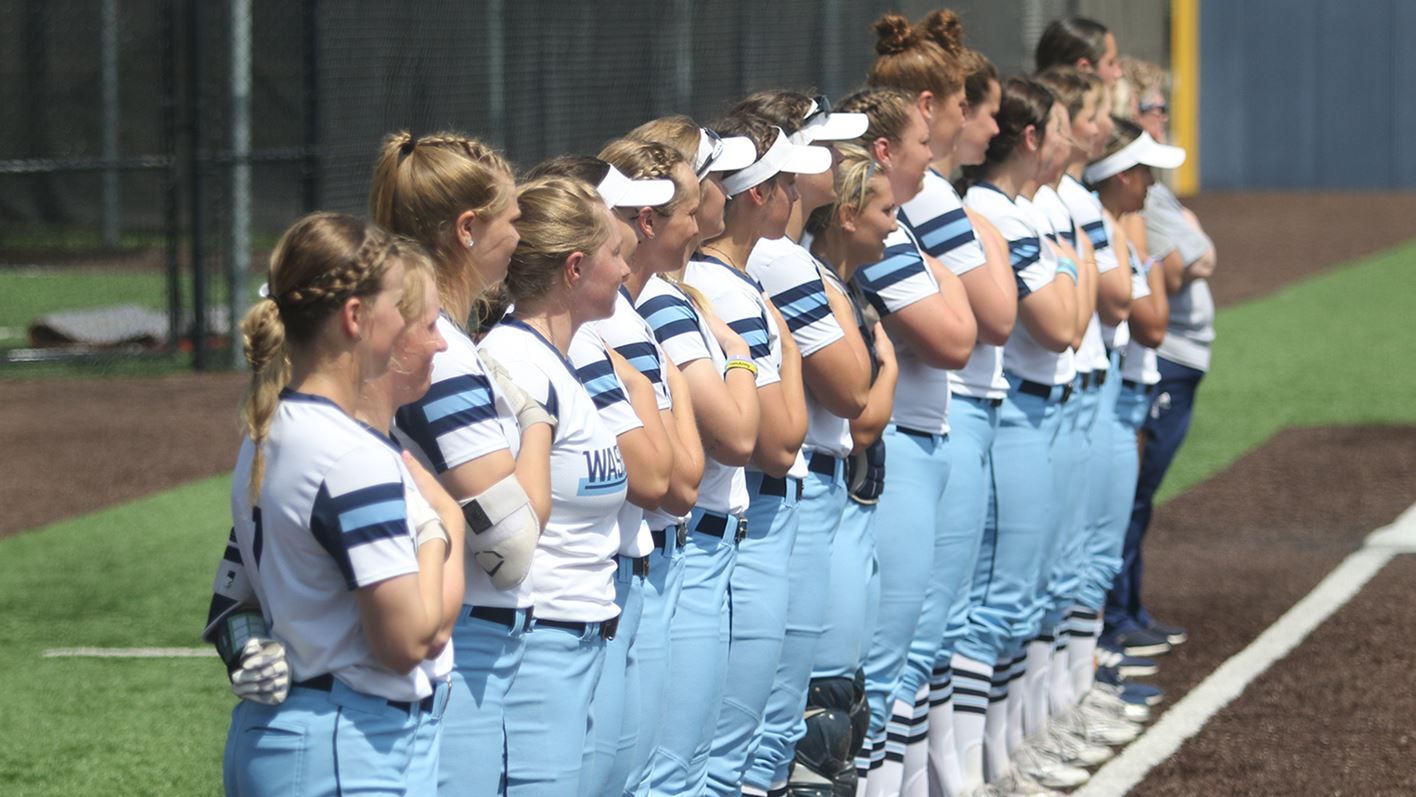 The two regional winners will face each other in a best two-of-three series starting May 19 at a site to be determined.

Former Washburn Rural coach Brenda Holaday is in her sixth season as the Ichabod softball coach, recording a 178-114 overall record and going 91-41 in MIAA contests.

The Ichabods recorded their first 40-win season since 2002 when the Ichabods went 48-11.

At the conclusion of the MIAA tournament, Jaycee Ginter, Marrit Mead, Jaden LaBarge and Paige Robbins were named to the MIAA all-tournament team.

Ginter, a former Shawnee Heights star, is tied for the NCAA Division II lead with 30 wins season entering the weekend ,tied with Roger State's Andrea Morales. Out of all NCAA Division I, II and III schools Ginter is ranked second behind Georgina Corrick from South Florida, who has 33 wins .

Ginter is eighth in total strikeouts with 278 and already owns the Ichabod single-season strikeout mark.

Raegen Hamm became Washburn's all-time leader in strikeouts at Nebraska-Kearney, passing Kathy Mohler who played for Washburn from 1997-2000. Hamm enters the weekend with 440.

MINNESOTA STATE
• Minnesota State (46-12, 26-4 NSIC) begins the week ranked as the #17 team in the NFCA Coaches Poll.
• The Mavericks went 2-2 last week in the NSIC Softball Tournament.
• On Thursday, Minnesota State squared off against the Peacocks of Upper Iowa in the opening round of the tourney.
• With Mackenzie Ward's third career no hitter, MSU defeated the Peacocks 8-0 in five innings.
• On day two of the tournament, Minnesota State suffered its first loss of the double elimination tournament to eventual runner-up Winona State 8-2.
• The Mavericks rebounded later on in day two with a 3-2 win over the Bulldogs of Minnesota Duluth. Facing elimination on Saturday, the Mavericks suffered a 4-0 loss to the Cougars of Sioux Falls ending their tournament appearance.
• The Ichabods and the Mavericks met the first weekend of the 2022 season with the Mavericks coming out on top both times winning 3-1 and 15-3.
• The all-time series has the Mavericks in the lead at 13-11 with MSU winning 10 of the last 11 meetings including a 10-6 win on May 11, 2018 in the last meeting in the NCAA playoffs.

ROGERS STATE
• Rogers State, the No. 1 overall seed in the Central Region handed the Ichabods both of their loses at the MIAA Tournament last weekend.
• The Hillcats currently own an 47-9 (20-6 MIAA) record and finished third in the MIAA regular season standings.
• Washburn won the two regular season meetings taking both games played in Topeka on April 25 in 3-2 and 2-0 wins.
• Elexis Watson leads the team with a .367 batting average and has driven in 26 runs with 12 home runs. Abbey Rogers leads the team in RBI with 45 and a .325 batting average.
• MIAA Pitcher of the Year Andrea Morales has a  1.01 ERA and has 303 strikeouts in 207.2 innings pitched.
• The Ichabods trail in the all-time series 6-4 with the Hillcats winning the last two and the Ichabods winning the two before this past weekend.