Jaycee Ginter MIAA Player of the Year, Brenda Holaday Coach of the Year

The 2022 MIAA softball champion Washburn Ichabods placed six members on the All-MIAA team including the Player of the Year and Coach of the Year as announced by the conference office Wednesday.

Sophomore pitcher/outfielder Jaycee Ginter, a former Shawnee Heights star, was named the MIAA Player of the Year and was a unanimous selection All-MIAA first-team as a pitcher/utility player, becoming the first Ichabod to win the award since Tish Williams in 2009 as a junior and only the third Washburn softball player to win the MIAA top honor, with Jenny Klamm named in 1993.

This season Ginter leads the nation in pitching wins with 28, which also ranks second out of all the NCAA divisions. Ginter has recorded a 28-3 overall record with 21 complete games and a school-record 256 strikeouts with a 1.61 ERA.

At the plate Ginter leads the Ichabods with 53 runs batted in, hitting .386 with 13 doubles, eight home runs and a .683 slugging percentage. Ginter was also a first-team selection as a sophomore in 2021.

Coach Brenda Holaday was the unanimous pick as the MIAA Coach of the Year, her second COY honor since 2018, after leading the squad to a 42-11 regular season record and a 24-2 mark in conference play for the Ichabods' third MIAA title. The Ichabods were tabbed sixth in the MIAA preseason poll. Sophomore third baseman Marrit Mead repeats as a first-team selection after winning the honor in 2021.

Mead leads the nation in doubles with 22 and is fourth in the nation with 79 hits. This season Mead leads the Ichabods with a .427 batting average, scoring a team-high 56 runs while driving in 40 runs and stealing 21 bases and drawing a team-best 21 walks. Mead was also selected to the newly-formed MIAA Gold Glove team at third base. Senior designated player Ashton Friend also repeats as a first team All-MIAA pick from the league's coaches after recording a .336 batting average with a team-high 14 home runs. She is second on the team with 50 RBI and has a .651 slugging percentage. Friend is ranked 21st in the nation in home runs and 22nd in the nation in RBI. Junior Paige Robbins was a second team All-MIAA pick after batting .393 with 44 hits and eight doubles while driving in 21 runs. Earning honorable mention All-MIAA honors were sophomore shortstop AutymnSchreiner and junior second baseman Hadley Kerschen. Schreiner enters the postseason with a .329 batting average with 47 hits and eight doubles while driving in 20 runs. She has been hit by a pitch 13 times this season, which is an Ichabod single-season record. Kerschen is batting 3.19 with 35 RBI and 53 hits while scoring 37 runs. 2022 MIAA Softball Awards 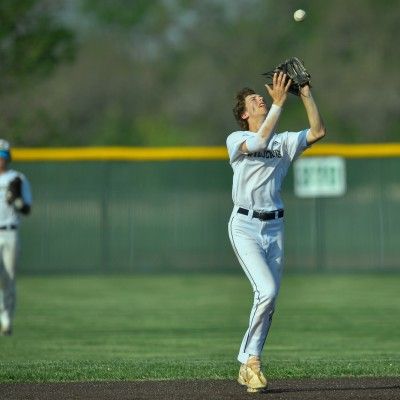