WARRENSBURG, Mo. – The goal for Washburn University's volleyball team in Saturday's NCAA Division II Central Region final, as it has been all season, was to never think about anything but what was right in front of the Ichabods.

But Washburn can now afford to think just a little bit about the future, like what to pack for Tampa.

Continuing an impressive season and an even more impressive regional performance, Washburn earned its second trip to the Elite Eight since 2018 with a dominating 25-22, 25-20, 25-19 sweep over Concordia-St. Paul.

"It's such a cliche to say, 'Take it one at a time, one point at a time,' and all that kind of stuff, but we preached that the entire week leading up to this tournament,'' Washburn coach Chris Herron told TopSports.news in a phone interview. "We just wanted to play in the moment and not worry about the end result and the end result will take care of itself if you just play in the moment and take care of the moment. 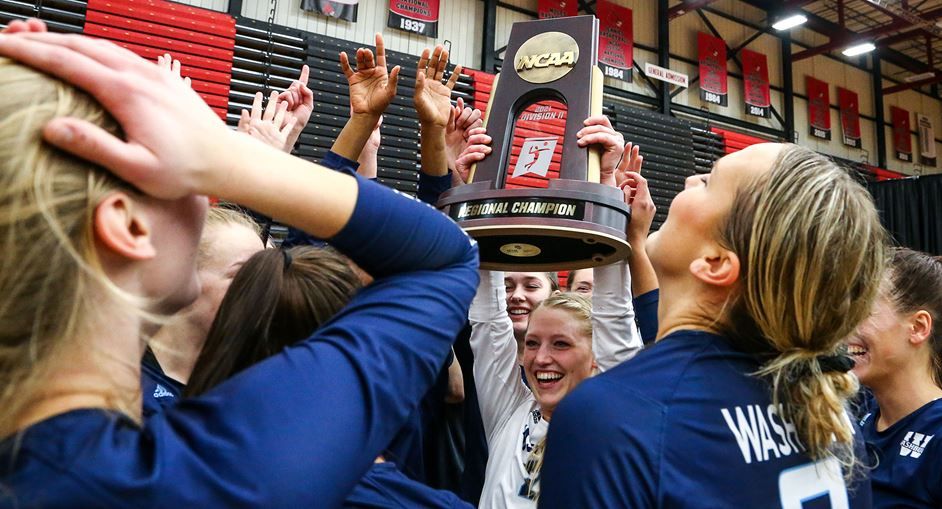 Now the 29-5 Ichabods, who won the regional title as the No. 5 seed, will start getting ready for the Elite Eight, which will be played in Tampa, Fla. next Thursday through Saturday.

"They've won nine national championships, so they've got the street cred. I'm just so happy for this group. We've got 10 seniors and what a cool thing it is to go to the Elite Eight.''

Washburn captured its third NCAA regional title in program history, including a five-set win over Condordia-St. Paul in 2018 and a win over Truman State in 2007..

The Ichabods recorded their 20th sweep victory of the season Saturday night while Concordia-St. Paul ended its season 24-9.

Washburn jumped out to a 5-2 lead to start the match but Concordia-St. Paul battled back to level the score at five and then again at nine.

The Ichabods broke the tie score with three-consecutive kills by three different players to go back in front, 12-9. The teams took turns scoring one at a time over the ensuing 17 points until Washburn got back-to-back points to lead, 22-18. The Golden Bears got within one, 23-22, but kills from Jalyn Stevenson and Allison Maxwell secured the opening-set victory.

The second set saw 15 tie scores, including 13 ties by the time the set got to 14-14. Genna Berg knocked down a kill to give the Ichabods an 18-17 advantage and start a 6-0 run that included two service aces by Faith Rottinghaus. The Ichabods held on to that lead and Sydney Fitzgibbons got the final point with a kill to give Washburn a 2-0 advantage.

The third frame started out close again as neither team led by more than two points until Washburn used a 3-0 mini-run to go up, 7-4. Washburn held a 14-11 lead when Concordia-St. Paul won four consecutive points and had three service aces.

The Ichabods continued their attack and kills from Fitzgibbons and Maxwell pushed Washburn back in front, 16-15. The Golden Bears tied up the score one more time at 16 and that was as close as they got to taking another lead.

Washburn won nine of the next 12 points and a huge block from the trio of Fitzgibbons, Berg, and Kelsey Gordon sealed the championship win.

Washburn hit .301 on the night while Concordia-St. Paul had an .183 attacking percentage. The Ichabods landed 46 kills, 10 more than the Golden Bears, and also led in blocks, 11-7.

Maxwell was nearly unstoppable as she hit .500 in the match and hammered down 14 kills with just three errors. She was also a part of eight blocks, including two solo stops. Berg landed 11 kills to go with eight digs. Gordon contributed eight kills and four blocks.

The Golden Bears were led by Katie Mattson's 11 kills and five blocks.

The rest of the NCAA Tournament will be held in Tampa at the Bob Martinez Athletics Center and the bracket will be announced Sunday as the teams will be re-seeded. The quarterfinals will be played next Thursday, the semifinals next Friday and the national championship next Saturday, Dec. 11. 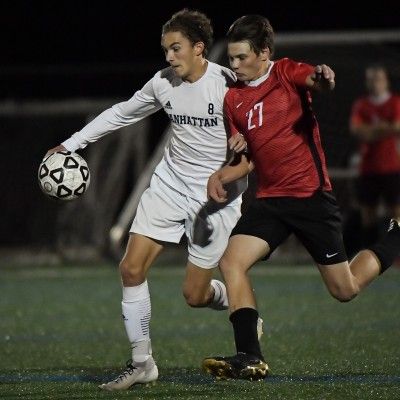