WARRENSBURG, Mo. – The No. 6-nationally ranked Washburn volleyball team knocked off No. 1 Central Missouri in four sets on the Jennies' home court Friday night to advance to the NCAA Central Region title match against No. 15 Concordia-St. Paul Saturday night.

Friday's 14-25, 25-11, 27-25, 25-18 win over Central Missouri marked the second time this season that Washburn has defeated the top-ranked team in the nation, with the Ichabods beating then-ranked No. 1 Nebraska-Kearney back on Sept. 18. Central Missouri (29-4) dominated the opening set, but the rest of the night belonged to Washburn, which improved to 28-5 on the season.

Taylor Antonowich got the second set going with a service ace and Washburn put together a 5-1 scoring run with kills from four different Ichabods to take a 7-2 advantage. The Ichabod offense continued to roll and Washburn won seven of the last eight points of the set to even up the match at one set apiece.

UCM held an early 5-2 lead in the third frame when Washburn started to chip away at the deficit and leveled the score at 6-6. The Jennies responded with several scoring runs and eventually pushed their lead out to 22-16.

The momentum changed when Allison Maxwell hammered down a kill that started a run of eight unanswered points for Washburn to make it 24-22 in favor of the Ichabods. Central Missouri knotted up the score at 24 and then a successful UCM challenge tied the score at 25-all, but back-to-back attacking errors by the Jennies gave Washburn a 2-1 advantage in the match.

The teams exchanged points to start the fourth until Jalyn Stevenson recorded a kill to ignite a 10-2 scoring run to put Washburn in front, 16-9.

The all-around team effort continued both offensively and defensively as the Ichabods remained in control of the set. Kelsey Gordon put the match away with a kill. Washburn hit .142 in the match and limited Central Missouri to an .096 hitting percentage. The Ichabods led in kills, 53-43, and held a slight edge in digs, 82-80. Three Ichabods finished in double-figure kills, led by Berg's 19. She also had nine digs and five blocks. Stevenson and Gordon both contributed 10 kills apiece.

Allison Sadler notched her 11th double-double of the year with 47 assists and 19 digs. Libero Faith Rottinghaus led all players with 27 digs while Antonowich landed three of Washburn's five service aces and also scooped up 10 digs.

Audrey Fisher led the Jennies with 12 kills and was a part of seven blocks.

Concordia-St. Paul knocked off Nebraska-Kearney in the first semifinal, 3-2, to earn a spot in Saturday's 7 p.m. championship match against the Ichabods. 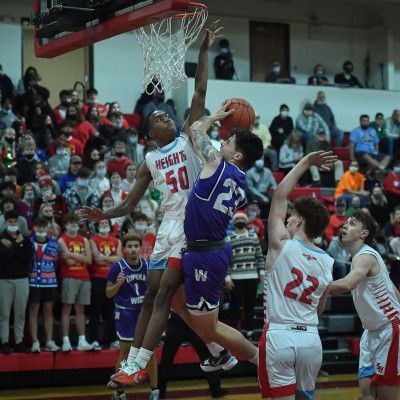