Bentley, a 5-foot-9 senior guard out of Bishop Miege, scored 16 points and added 6 rebounds and 3 assists in Washburn University's 71-69 non-conference home loss to Rockhurst University Saturday, including a late 3-pointer that gave the Ichabods a chance at the victory.

A senior, Catron capped off an oustanding senior season in Rossville's 35-12 win over Beloit in Saturday Class 2A championship football game at Salina. Catron starred at linebacker as the Bulldawgs limited the Trojans to two touchdowns and added 73 rushing yards and a touchdown on 20 carries as Rossville captured its second straight undefeated 2A state title.

Horak, a senior quarterback, completed 10 of 14 passes for 225 yards and three touchdowns as Rossville completed a second straight 13-0 season with a 35-12 win over Beloit in the Class 2A state championship game last Saturday at Salina. Horak also ran for a touchdown.

A 6-6 freshman guard from Dyersville, Iowa, Keegan scored 27 points in two games on the week as Washburn evened its record at 3-3. Keegan scored 10 points in a 69-63 loss to Oklahoma Baptist and followed that up with 17 points, 8 rebounds and three 3-pointers in Saturday's 79-69 win over Benedictine College at Lee Arena.

Lewis, a junior guard from Liberty, Mo., scored a career-high 30 points in a 69-63 loss to nationally-ranked Oklahoma Baptist last Tuesday, hitting 13 of 20 shots with four 3-pointers, and had 16 points, 8 rebounds and 5 assists in the Ichabods' 79-69 win over Benedictine on Saturday. 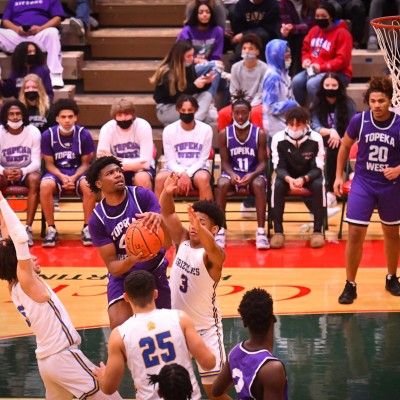