Washburn closed out the regular season with a record of 25-4 (17-3 MIAA) and was ranked No. 1 in the nation for four weeks and has been in the top five for the entire regular season.

Washburn standouts Genna Berg, Kelsey Gordon, Allison Maxwell, Faith Rottinghaus and Allison Sadler were all named to the All-MIAA first team, the second time in program history WU has placed five players on the all-conference first team, with the last time occurring in the 2018 season. 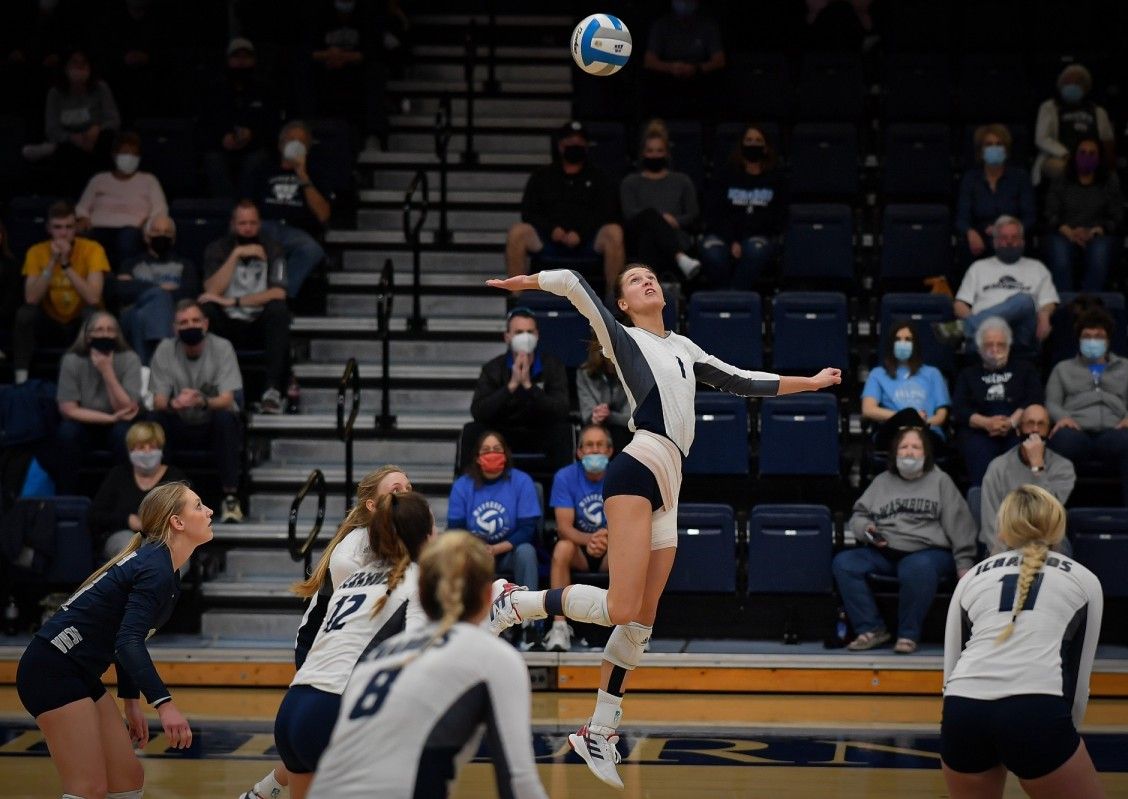 Berg, a senior outside hitter from Blue Springs, Mo., received first team honors for the third straight season. She leads the team with 352 kills and is second in the MIAA with 3.59 kills per set and is third in the conference with 3.97 points per set. She has led the team or tied for a team-high in kills in 19 of Washburn's 29 matches this fall. On Oct. 26 at Emporia State, she became the 10th player in program history to eclipse 1,000 career kills and 1,000 career digs.

Allison Maxwell Maxwell, a middle hitter from Jefferson City, Mo., is also a three-peat selection to the first team. She has hammered down 309 kills this year and is third in the nation with a .445 hitting percentage. She is also second in the conference with 1.08 blocks per set and her 3.15 kills per set ranks ninth in the league. This season, she has hit two major milestone as she notched her 1,000th career kill in the victory at then-ranked No. 1 Nebraska-Kearney and then on Oct. 19, she became the fifth player in Washburn's history to surpass 400 career blocks and 1,000 career kills.

Faith Rottinghaus For the third time her career, Rottinghaus garnered first team honors. The libero from Berryton, has put up monster numbers defensively this year and is third in the nation with 6.50 digs per set. Last Saturday, Rottinghaus etched her name in Washburn's record book and broke the program career digs record that had stood for 14 years after scooping up 11 digs in the first set versus No. 5 Northwest Missouri. She currently has 2,480 in her Washburn career and is second in the record book with 5.41 digs per set. In the four set victory at No. 7 Central Missouri on Sept. 25, Rottinghaus tied Washburn's single-match digs record and broke the four set record after finishing with an astonishing 51 digs. She also has a .987 reception percentage after successfully passing 294 service attempts that have come her way with just four errors. 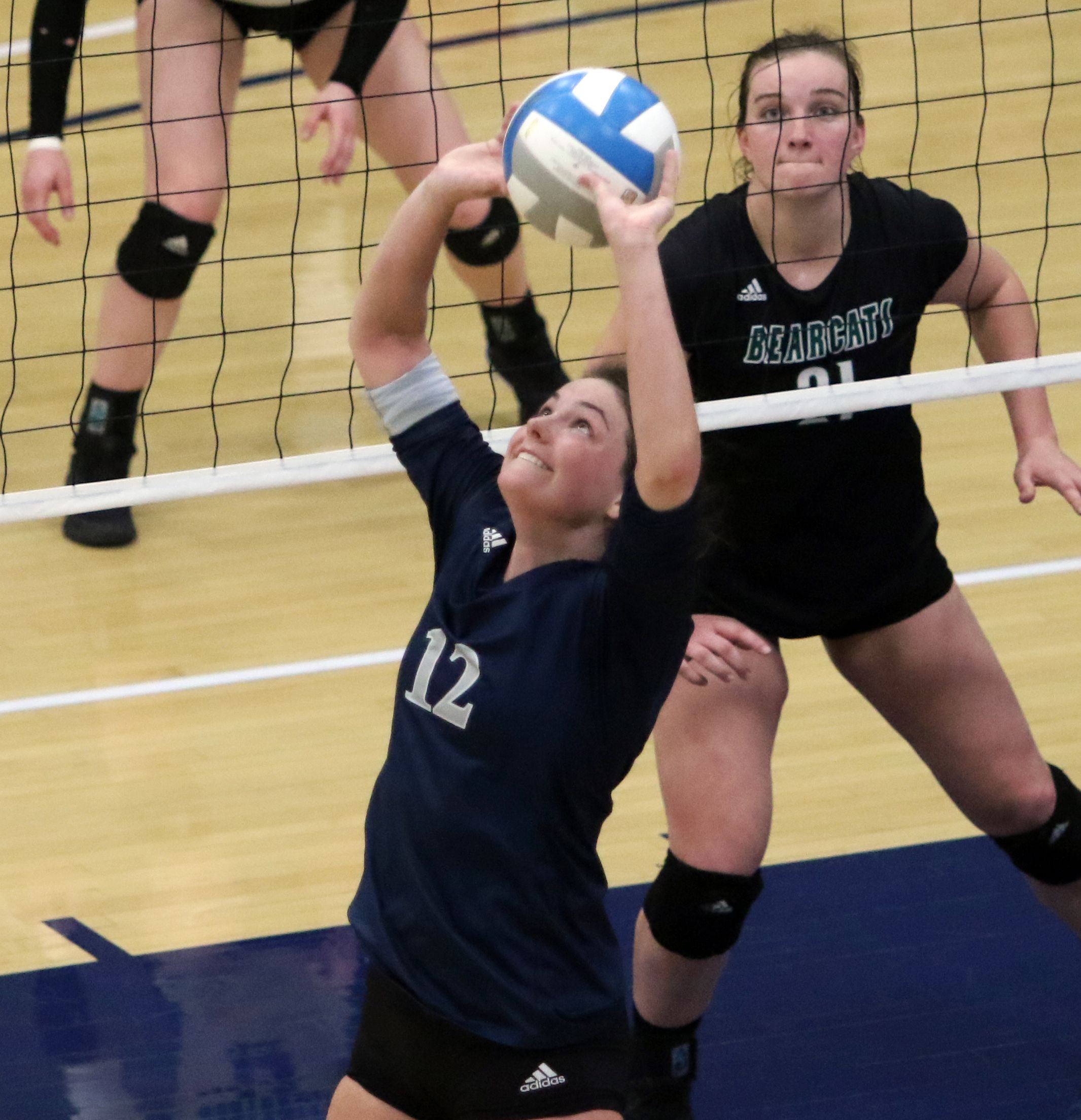 Sadler earned her third all-MIAA honors and second consecutive first-team nod. The setter from Parkville, Mo. has guided a Washburn offense that is hitting .301 on the year, which currently ranks third in NCAA Division II. Sadler is third in the MIAA with 10.55 assists per set and has 26 matches this season with 20 or more assists. She leads the team with seven double-doubles and is second with 2.29 digs per set. Earlier this season, she became one of five Washburn players to achieve 3,000 career assists. 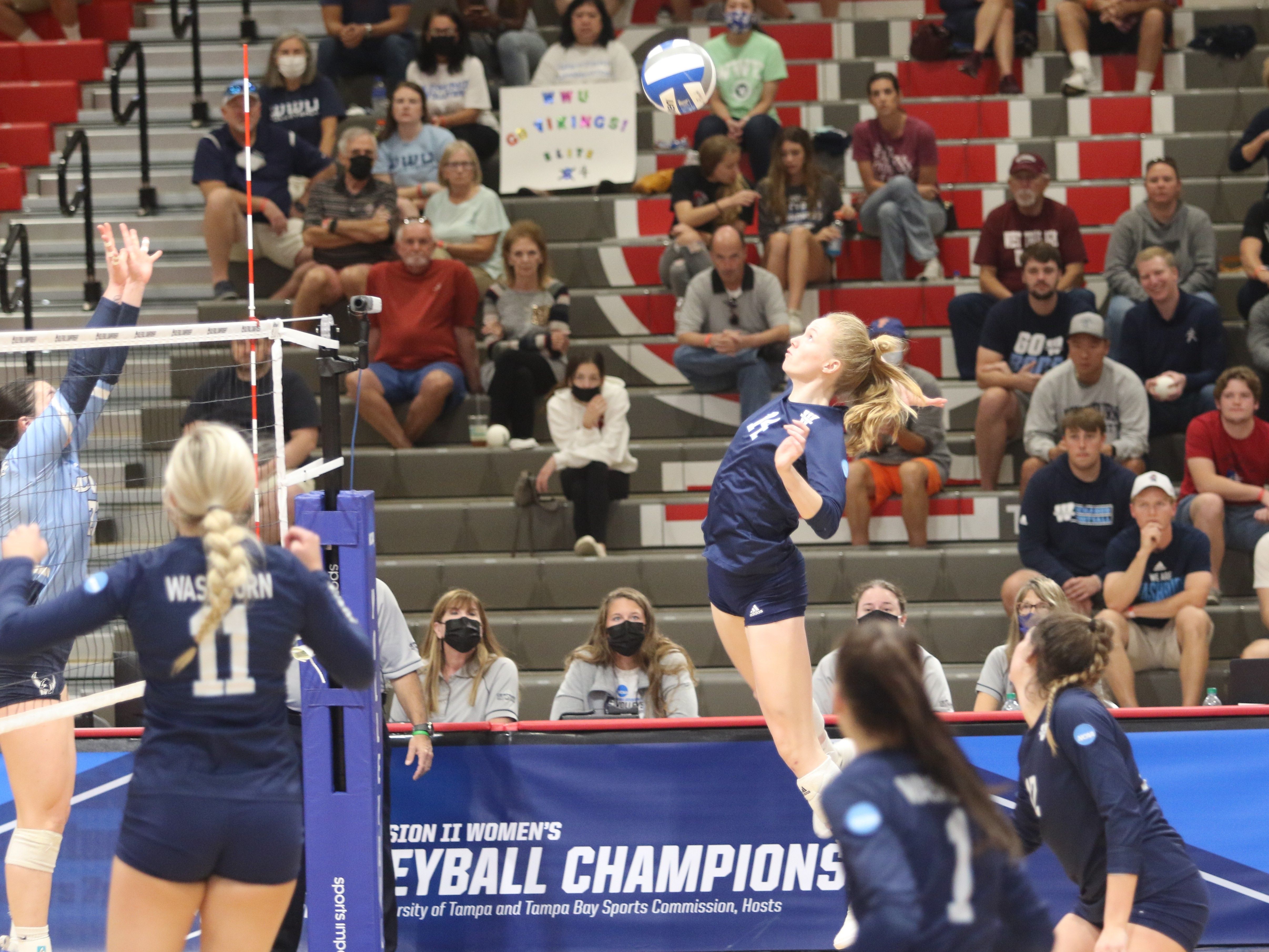 Kelsey Gordon Gordon earned first team honors for the first time in her career after being named to the second team in 2019. The senior right side hitter from Emporia, Kan., is third on the team with 236 kills and fifth in the MIAA with a .354 hitting percentage. She has knocked down eight or more kills in 17 matches this fall and has had 21 multi-block matches. In the victory over No. 1 Nebraska-Kearney, she landed 13 kills and was a part of eight blocks at the net. Sydney Fitzgibbons, a senior middle blocker from Papillion, Neb., received her first All-MIAA selection and was named to the second team. She is second in the conference and seventh in the nation with a .410 attacking percentage and has tallied 206 kills on the year. Fitzgibbons has hit .400 or better in 19 matches this fall and has not committed more than three errors in any match. Against Northwest Missouri, she hit .441 and knocked down a career-high 17 kills.

Stevenson is a true freshman outside hitter from Spring Hill and has made 22 starts in her first season. She leads the team with 28 service aces and has tallied 210 kills (2.23 kills/set) to go with 200 digs (2.13 digs/set). She led the Ichabods against No. 1 UNK with 16 kills and 16 digs. Antonowich, a Newton native and outside hitter, received honorable mention for the second straight season. She has racked up 199 digs (2.05 kills/set) and 55 kills this season. Antonowich has also successfully passed 355 receptions for a .959 reception percentage. At Central Oklahoma last month, she registered 10 digs and seven kills. 2021 All-MIAA Awards