Basketball key part of recovery for West's Bloomquist: 'It's my happy place' 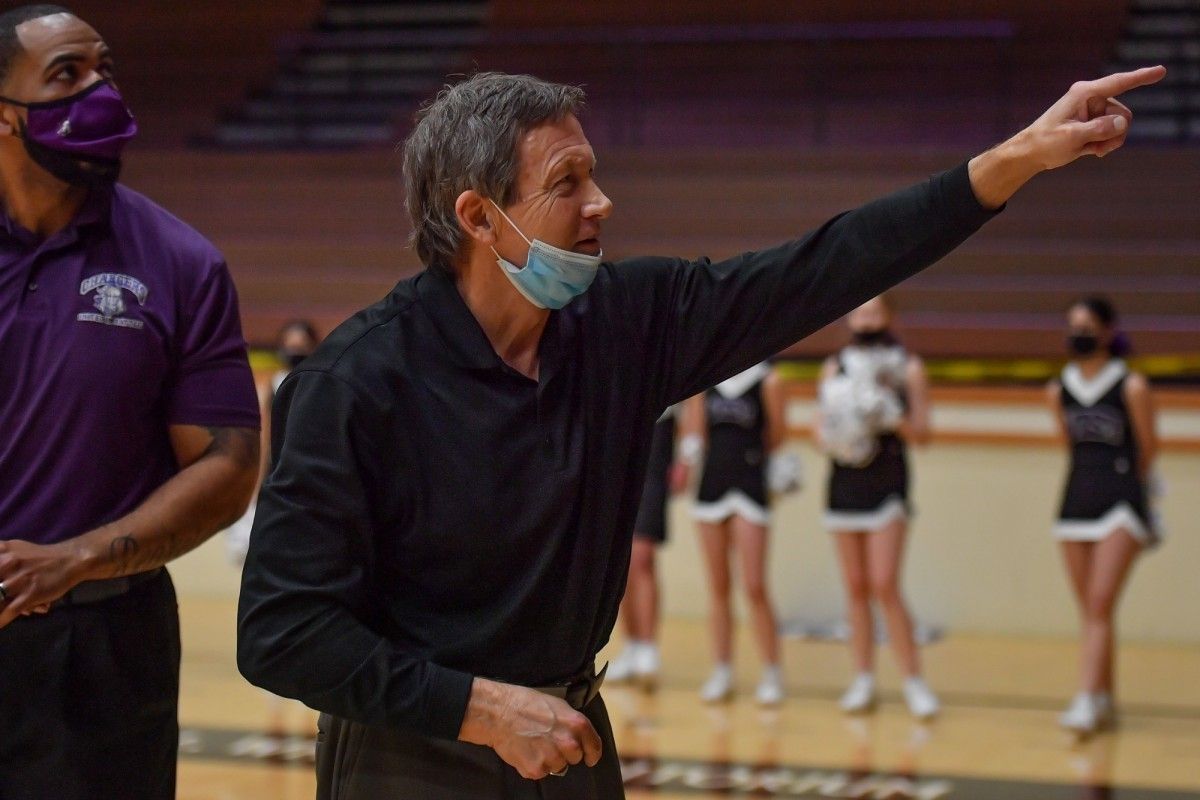 When schools across Kansas open preseason basketball practice Monday, Rick Bloomquist will be on the floor, just like he has been for most of the past four decades

But Bloomquist, who was diagnosed with Stage 3 squamous cell carcinoma in February and suffered a setback earlier this fall, wasn't sure that was going to be possible, which makes Monday even more special for the veteran Topeka West boys coach.

"There's no question,'' said Bloomquist, who is starting his 10th season with the Chargers. "Going through therapy every day you think, 'I'm not going to be able to do it, it's not going to happen,' but I was determined.

"I didn't want last season to end and I wanted this season. If I had to crawl on my hands and knees with cancer therapy I would have done it, but there was doubt if it was going to happen. There's always doubt, but you've got to overome that.''

The 2020-2021 season was one of the most rewarding years of Bloomquist's long career, with the Chargers posting a 21-3 record and advancing to the Class 5A state championship game for only the third time in West school history..

Bloomquist continued to coach the Chargers after receiving his cancer diagnosis late in the regular season before undergoing eight weeks of intense treatment to treat the cancer in his lymph nodes and neck.

The 67-year-old Bloomquist was declared cancer free early in the summer, but his recovery has not been without bumps along the way.

"It's slower than I ever thought it would be,'' said Bloomquist, who has won more than 500 games as a high school coach. "I thought that once I was finished with the cancer treatments I was on my way to recovery. I was really in a good mood and people told me that I would have setbacks and I thought, 'Well, one day I won't feel good,' but I didn't know what was coming. I didn't know it was going to hit me in the face. It went backwards, it just went severely backwards.

"The recovery period has been somewhat harder than the treatment period because what's happened with me is the radiation created severe scar tissue and I got to the point where I couldn't hardly open my mouth. I dropped back down to 138 pounds because I was eating so poorly.''

Eventually Bloomquist, who feared that the cancer had returned, went back in to be tested early in the school year.

"I had another biopsy because the pain was worse than it was before I went in for treatment,'' he said. "They told me I was still cancer free but I had a lot of scar tissue and it did a lot of damage.''

Doctors prescribed hyperbaric oxygen therapy, which has helped Bloomquist to start turning the corner in his recovery.

"I've been doing that for about two months,'' Bloomquist said. "I have 40 treatments. That's the maximum treatments you can have and my tissue was severe enough I need it, and it's helped tremendously. It's wonderful. 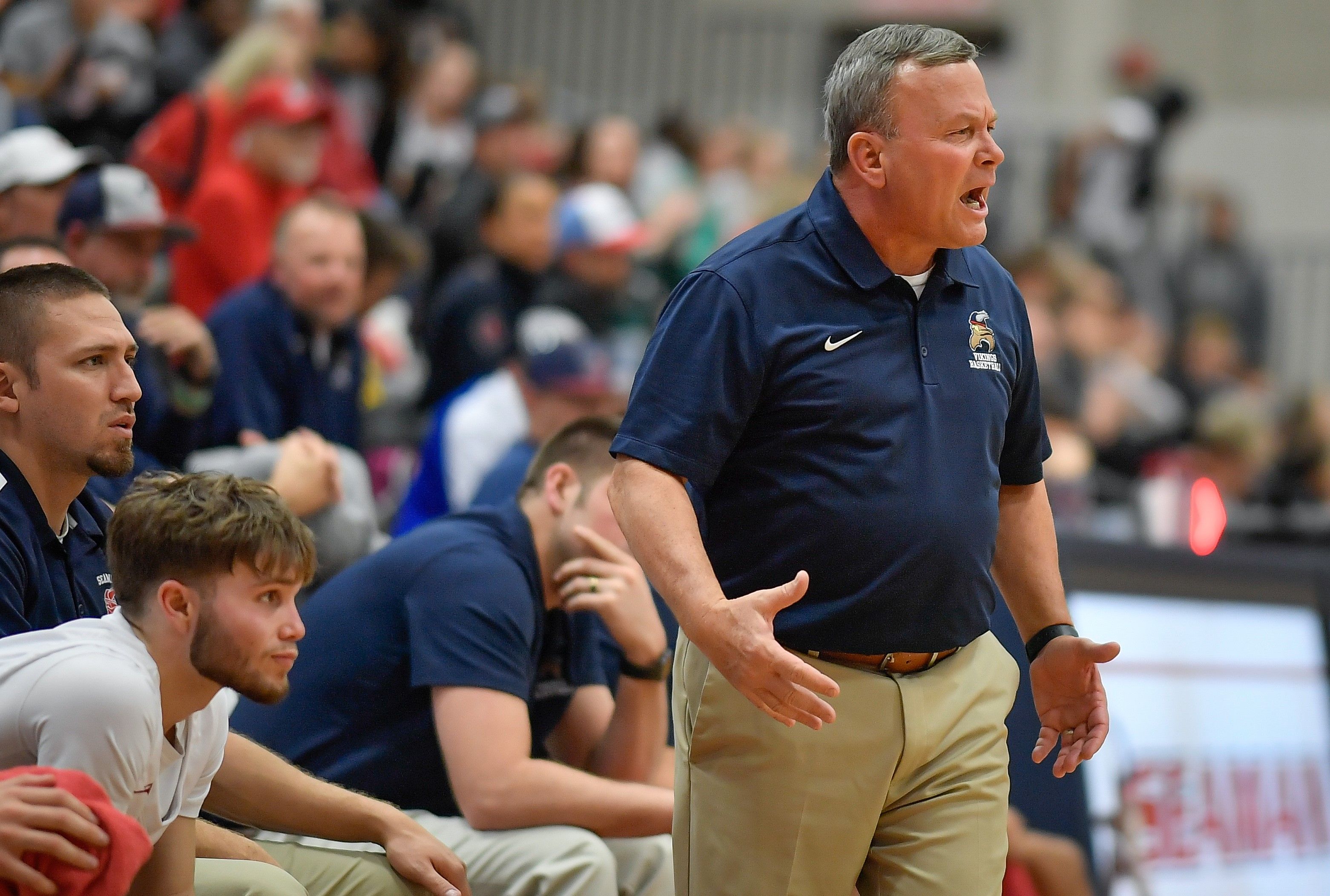 Bloomquist said the past several months have given him even more respect for people fighting cancer, particularly the younger patients he's crossed paths with.

"This cancer stuff makes you emotional and it makes you obviously compassionate to other people in this situation,'' he said. "I get a little put off by freshman or sophomore boys who think they're all that and want to fight everybody. They don't know what fighting means. I watch 14, 15-year-old cancer patients that are fighting things that they'll never fight.

"You see a lot and learn a lot and I don't think this is a negative, but I'm not sure I'll have as much tolerance for the kid that tries to take a shortcut because there's a lot of cancer patients that can't take shortcuts. I'm going to use it as a positive and I'm not going to bring up my situation, but your tolerance level for laziness or no ambition is a little bit smaller. I think it will make me a better coach. We all need to get better some way or another and what I've learned is not by going to a (coach's) clinic or reading a book, but by true life experience.''

Coming off last year's success, Bloomquist could have eased into retirement, but said that was never a serious option.

"No disrespect to all of my other good teams, but last season was my best season for so many different reasons,'' he said. "It would have been easy to say, "Now is the time to go,' but I just want the challenge to see if we can do it better.

"I've got good kids and I want to coach them.''

And Bloomquist is the first to admit that he's the coaching equivalent of a gym rat, a title he wears proudly.

"I enjoy getting up early in the morning and coming into my office and sitting here and making lesson plans and practice plans and just being in this environment, but when I get to be on that court it's a whole new different environment for me.