A victory for the No. 2 Ichabods would change that as they faced No. 5 Northwest Missouri State. With Senior Night on deck the anticipation was high, which made the result harder to swallow even with a record-breaking performance.

“They rolled us, you saw it, they served us off the floor,” said WU coach Chris Herron. “It wasn’t a good night for us.”

For the first time all season the Ichabods fell without taking a set, losing 17-25, 18-25, and 16-25. The loss moved them to 17-3 in conference play, tied for second, while senior libero Faith Rottinghaus moved up to first place all alone among Washburn’s career digs leaders, with 2,480. 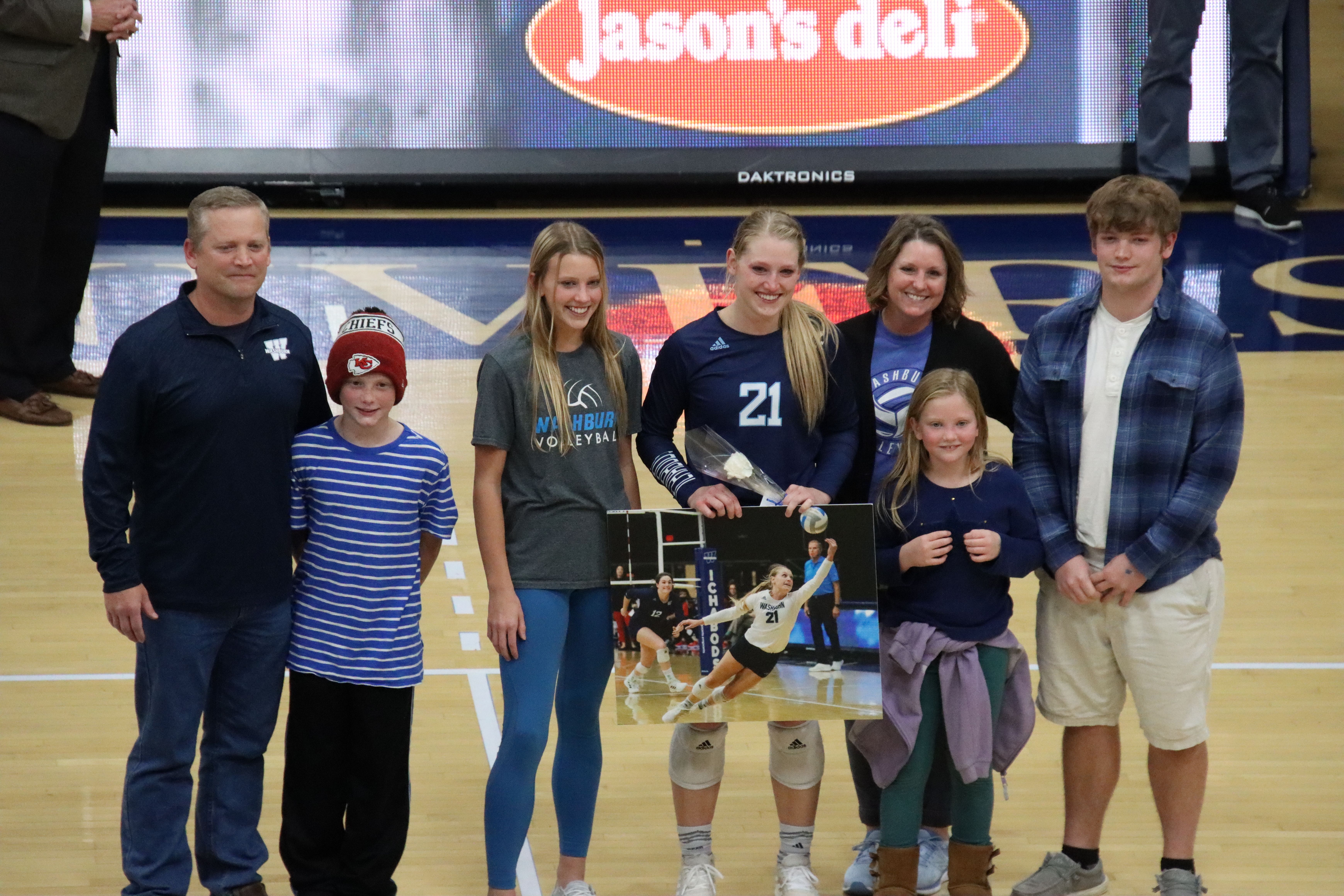 The first set was as intense as expected, as each side traded blows through the middle stages of the set. The offense from Northwest Missouri became too much for the Ichabods to handle, as the Bearcats hit .341 in the set. The loss set was still historic as Rottinghaus recorded 11 digs to officially set the record.

“Honestly, I didn’t even know, like I had an idea that I was close but I didn’t know how close so I didn’t know it was going to come tonight so it was bittersweet,” Rottinghaus said. “It’s still an accomplishment that I should be proud of and hopefully after all this emotion settles down I will be.”

Washburn got off to a fast start in the second set, leading 5-2 but it quickly dissipated as the Ichabods offense started to struggle. Northwest Missouri took the lead at 6-5 and did not look back, holding Washburn to an .071 attack percentage in the set as a team.

“When you don’t service you can’t run an offense, so when you are hitting under .100 who are you going to beat? No one,” Herron said.

In the third set it was the Bearcats who started in front, with a 13-4 lead thanks to a strong offensive attack. The Ichabods made up some ground, pulling within seven points but the defense from Missouri Western came on strong at the end to finish off the match. 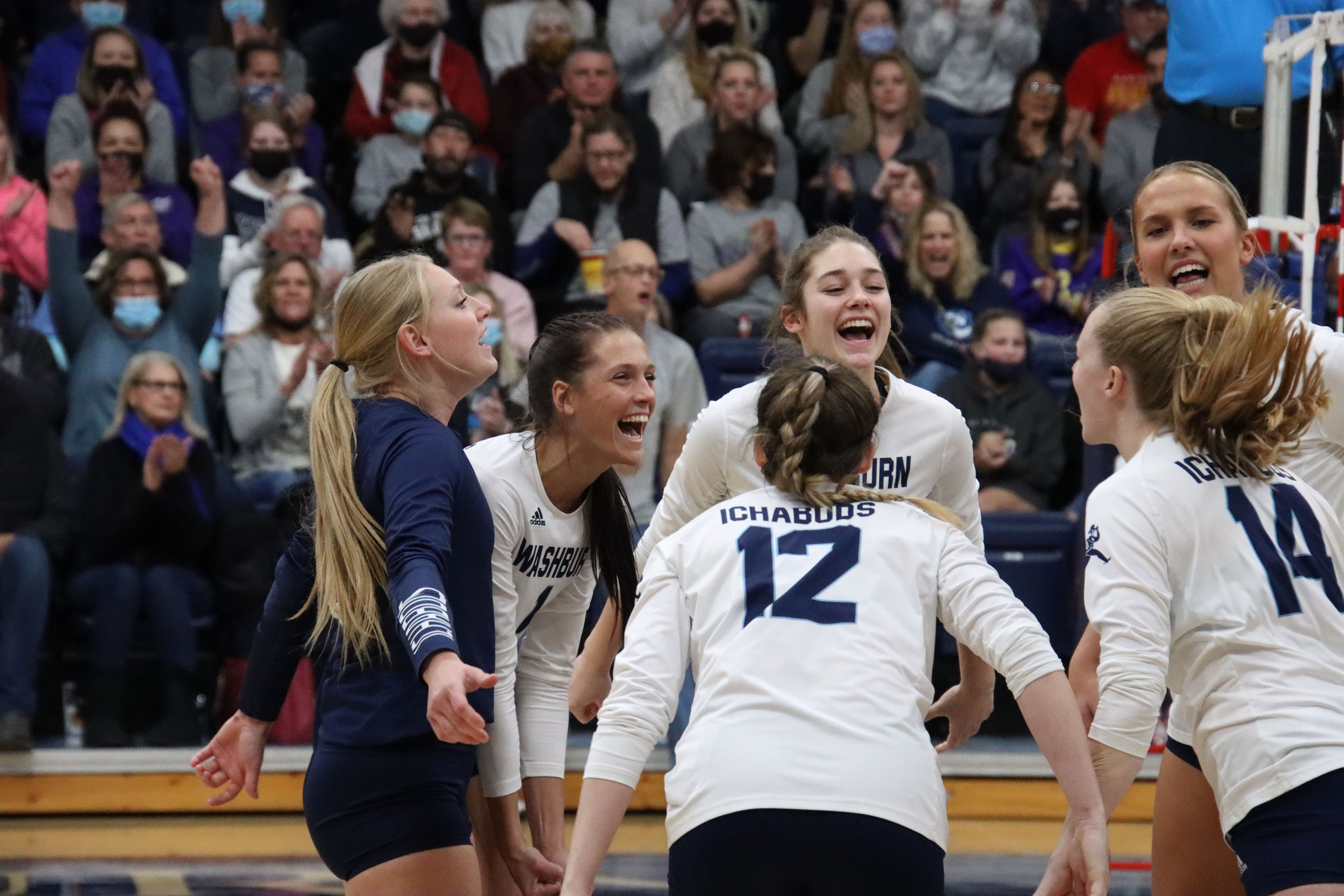 Washburn volleyball, which dropped its regular-season finale to Northwest Missouri, will host Pittsburg State in an MIAA Tournament quarterfinal on Tuesday. [Photo by Kyle Manthe/Special to TSN]

“We just want to get that nasty taste out of our mouth, so we are looking forward to Tuesday, practice hard on Monday and hopefully we can get back on track,” Herron said.

For the match senior Genna Berg led the way with nine kills, while fellow senior Allison Maxwell knocked down seven. Senior Allison Sadler recorded 21 assists in the match while Rottinghaus notched 22 digs in her historic night.

All 10 seniors were honored on the court after the match, but were disappointed it could not happen in a win.

“I think the biggest thing is we are all a little disappointed in ourselves but at the same time we get the opportunity to play here on Tuesday,” Rottinghaus said.

The loss moved Washburn to 25-4 on the year and in a tie for second place in the conference. The Ichabods were installed as the No. 3 seed for the tournament in a tiebreaker and will host Pittsburg State in a 6 p.m. Tuesday quarterfinal at Lee Arena.