After a perfect 5-0 road trip Washburn volleyball returned home for a final weekend of regular-season action starting with a match against Missouri Western State University to keep its MIAA regular-season championship hopes alive. That goal is all the team is focused on heading into its final matches before the MIAA Championship Tournament.

“If we can win tomorrow that might be a thing where we can keep hosting but I don’t know, I’m going to worry about that next week, I've got to worry about tomorrow first,” said Washburn coach Chris Herron. 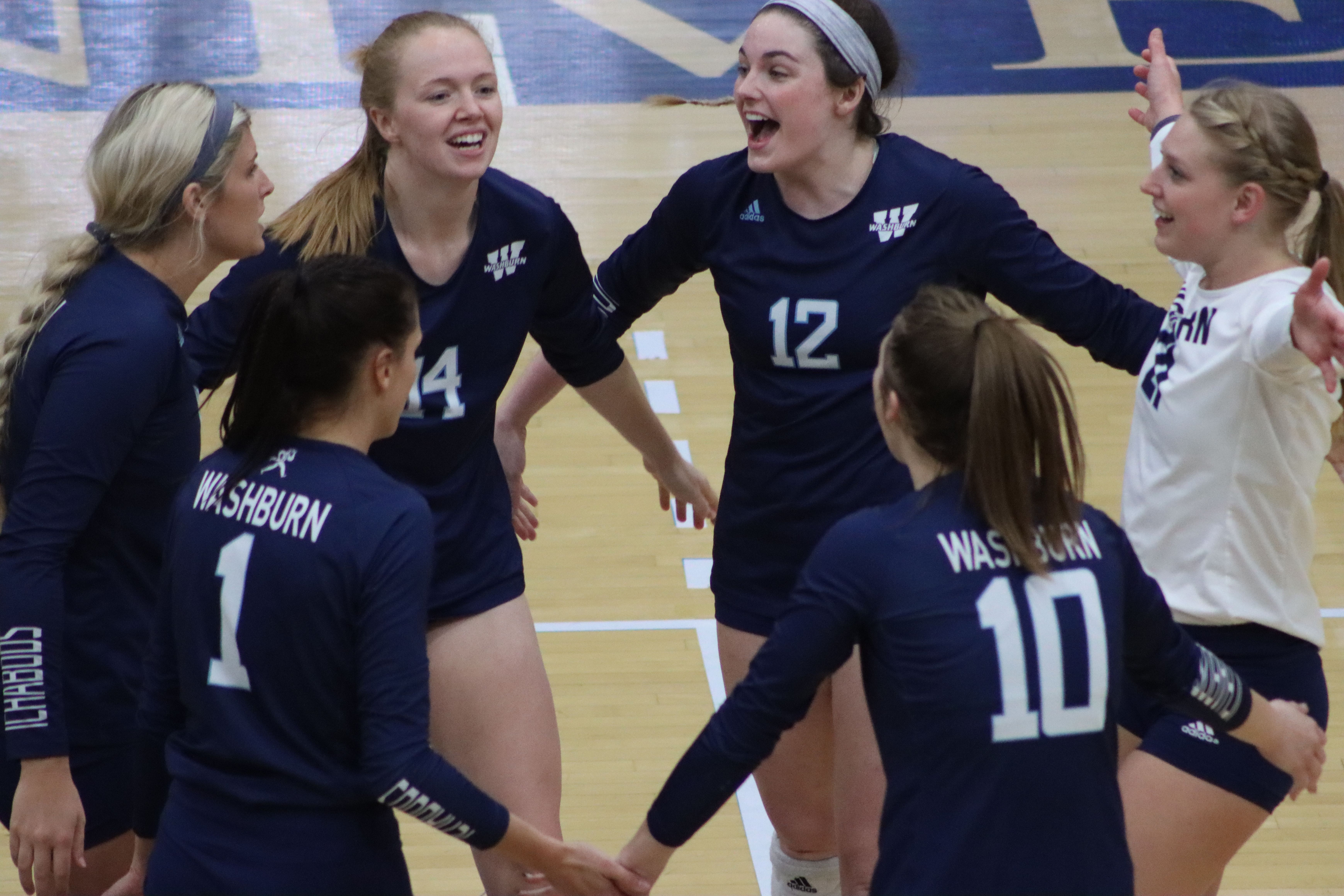 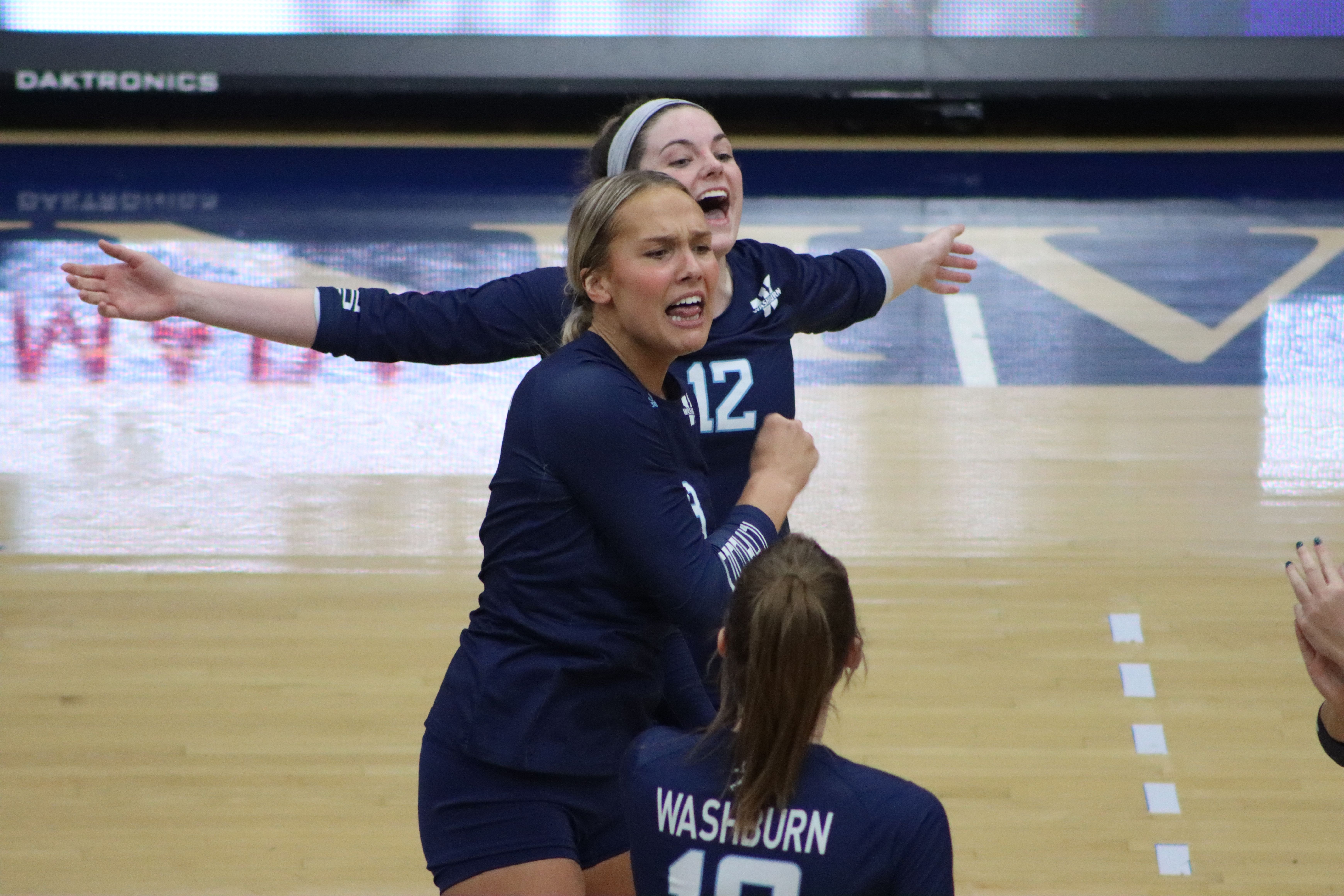 The Ichabods jumped out to an early 13-4 lead as they kept the Griffons from forming strong attacks and played a strong offensive set themselves. As a team Washburn hit .475 in the set and racked up 19 kills, led by senior Allison Maxwell with five.

“You hit like that because you are passing really well so I think that was big for us,” Herron said. “Our hitters were finding holes and finding hands, so it was just one of those nights for us where we did everything pretty well.”

The second set was a stalemate compared to the first set, as the set was tied 9-9 before Washburn went on a three-point run to secure some breathing room. Strong defense down the stretch would secure the win, as the Ichabods held Missouri Western State to a minus-.34 hitting percentage in the set. The defensive effort was aided by strong play from senior Faith Rottinghaus, who collected 14 digs through the two sets.

“I think our block was really amazing, especially the second and third set they really turned it up and were getting touches on every single ball,” Rottinghaus said.

Washburn took advantage of errors by the Griffons in the third set, creating an 12-3 lead. The offense continued to hum on its way to a .531 hitting percentage as a team in the set. Senior Genna Berg’s notched her second consecutive set with five kills before the Ichabods emptied their bench to close out the match.

“It gives us a lot more confidence (to sweep) and we just get to go into tomorrow with a big deep breath and just play the best we can,” Rottinghaus said on the team's play and mindset heading into Senior Day. “It’s going to be just like a normal game and then after the game is when we will do all of the emotional stuff because nobody wants that beforehand.”

Berg led the way with 13 kills, hitting .542, while Maxwell recorded 10 kills and hit .833. Senior Allison Sadler had 35 assists and neared a double-double with nine digs while Rottinghaus led the team with 18 digs as she sits just six away from tying the school career record of 2,464.

The victory moved Washburn to 25-3 on the season and just a half-game back of the MIAA lead. To secure it they will have to get through No. 5 Northwest Missouri State who visit on for Saturday's matchup.

“The biggest thing is we want to try to take all of the emotion out of it before the game so that we aren’t blubbering all over the damn floor and have to wipe up tears,” Herron said. “We hope the place is rocking and loud and obnoxious.”