Washburn University softball coach Brenda Holaday has announced the signing of six high school standouts who will join the Ichabod program for the 2022-23 school year. 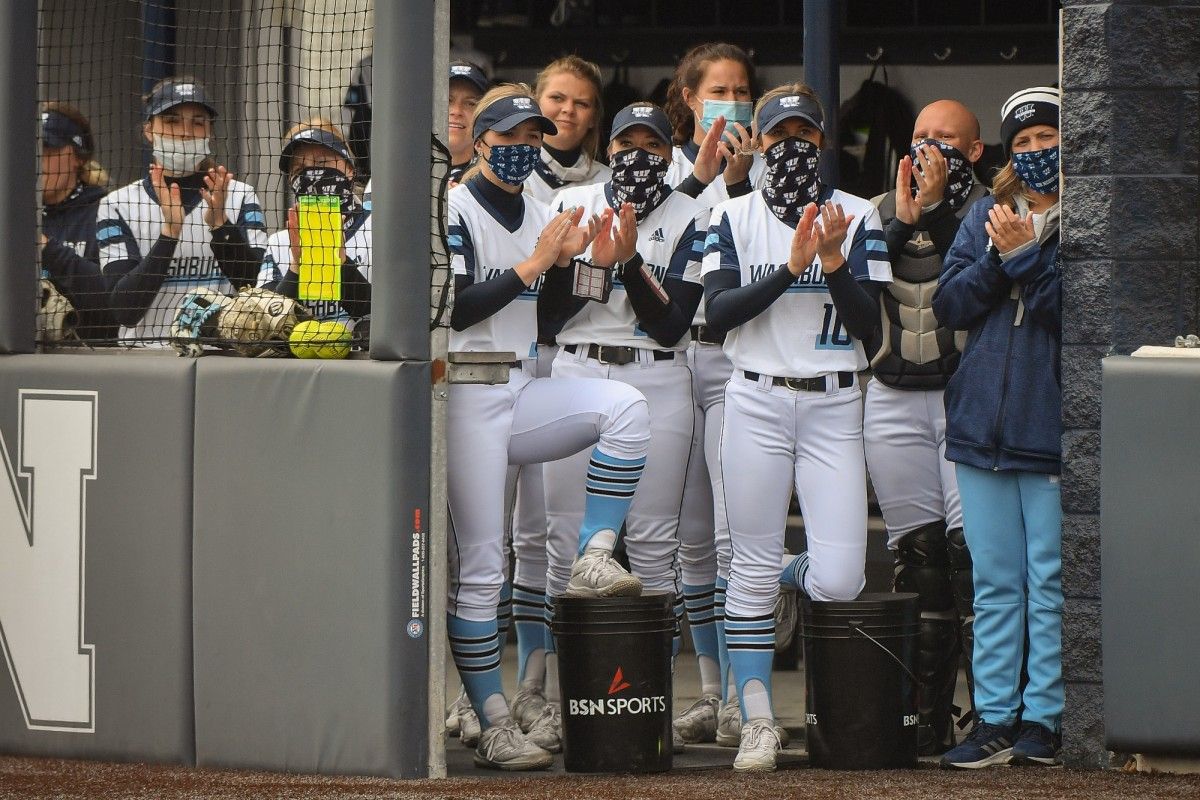 Washburn softball has signed six new players as part of its recruiting class for the 2022-2023 season. [File photo/TSN]

The 2022 Ichabods will open the season Feb. 4-6 at the Minnesota State Sport Dome Classic in Mankato, Minn. After taking part in the Desert Stinger Classic in Tucson, Arizona Feb. 11-13 and the Emporia State Classic Feb. 18-20, Washburn will host its own classic Feb. 25-27.

Erin Boles, P/OF, 5-2, Lubbock, Texas (Frenship HS) --  Named first-team all-district as a junior as a pitcher and was a second-team all-district pick as a freshman in the outfield … daughter of Brett and Annette Boles … three brothers, Brian, Brady and Brax … her parents played tennis at Schreiner College and her brother, Brian is on the golf team at Samford … anticipated major is biology.

Boles on Washburn: "I chose Washburn because it felt like home the first time I took my visit. The facilities are amazing and the softball coaching staff was very welcoming. "

Holaday on Boles: "Erin is a young lady who can help us in the circle as well as at the plate and in the outfield. She is a hard worker, a skilled player and a determined athlete. She comes from a great family where she has received strong support and guidance in her development to be a college athlete. We couldn't be more excited to welcome another player from Texas!"

Jasmine Brixius, IF/OF, 5-3, Lawrence (Free State HS) -- As a junior she was named first-team all-state and all-league after batting .423 with 19 RBI and 31 runs scored with six doubles helping team to a league title … sophomore season was canceled due to COVID … a second-team all-state selection as a freshman in the outfield earning second team all-league honors after batting .365 starting every game … daughter of Anthony and Jessica Brixius … a sister, Samantha … her father wrestled at Labette Community College and her grandmother, Gina played basketball at Washburn … anticipated major is nursing.

Brixius on Washburn: "I chose Washburn because of its culture and family atmosphere. Everything about Washburn was a perfect fit for me, academically and athletically."

Holaday on Brixius: "Jasmine is a versatile player who can help us in the outfield and middle infield. She is a strong contact hitter, diligent worker, and a young lady of great character. She has played on highly successful teams, both at Free State High School and with Select Fastpitch. Jasmine and her family will be a great addition to our program."

Gracie Gallagher, UT, 5-9, Holton (Holton HS) -- Has competed in cross country and will compete in wrestling and softball her senior year … as a junior she snapped the Holton High School strikeouts and stolen base records and was a state qualifier in wrestling finishing second at the league tournament … no softball season due to COVID her sophomore year and finished second at league wrestling tournament … a first-team all-league selection as a freshman and was also named all-state as a freshman going 20-3 in the circle leading Holton to a third-place state finish … daughter of Bobby Gallagher and Jimmy Keen and Leslie Coffee … two brothers, Hayden and Luke.

Gallagher on Washburn: "Washburn instantly felt like home. The facilities, faculty, team and coaches have been extremely welcoming and supportive. The team has amazing culture and it was an absolute no brainer the Washburn University is the best place for me."

Holaday on Gallagher: "Gracie is an athlete. She can play multiple positions, handles the bat well and has good speed on the bases. Her involvement in other sports will be an asset as well. This young lady has a ton of potential along with a personality that is competitive but fun. She has played a role in elevating the high school program in Holton and we expect her to do that here as well."

Allison Hemsath, OF, 5-4, St. Charles, Mo. (Francis Howell HS) --  As a senior she was a first-team all-league selection as well as first team all-district after batting .454 with a .550 on base percentage and stealing 18 bases … as a junior she was a first team all-district and a second-team all-league, all-region and all-metro selection … daughter of Michael and Christine Hemsath … a brother, Michael and a sister, Alexis …   anticipated major is biology … her dad played baseball at Missouri-St. Louis and sister played softball at St. Charles Community College.

Hemsath on Washburn: "I chose Washburn because it immediately felt like home. All of the coaches and players were very welcoming as soon as I met them. It felt like a good fit from the second I stepped on campus and I can't wait to be a part of the program."

Holaday on Hemsath: "Allison is a young lady who handles the bat well from the left side and can play both the short game or drive the ball into the gaps. She is a true outfielder with great instincts and a strong arm. We are excited to sign someone from the St. Louis area where Allison has been a part of the St. Louis Heat organization."

Danielle Schlader, OF/IF, 5-4, Omaha, Neb. (Marian HS) -- As a senior she was named honorable mention all-state and was named the NFCA National Player of the Week and was also named Academic All-State … as a junior she hit .478 with 10 home runs with 44 hits and 39 RBI earning all-state honors and second-team all-league honors as well as Class A second team all-state honors helping team to a fourth-place finish at the state tournament … batted .344 with 13 RBI and seven doubles as a sophomore and batted .364 as a freshman … daughter of James and Amy Schlader … a brother, Nate.

Schlader on Washburn: "I chose Washburn because I felt like it was a school that fit me both academically and athletically. I couldn't be more grateful and excited for the opportunity to be an Ichabod."

Holaday on Schlader: "We feel like Dani has the potential to be a big-time hitter in our conference. She has a strong bat from the left side and can hit for power and gap to gap. Additionally, she is a great teammate, very humble about her accomplishments and brings a strong, competitive approach. She plays at the highest level in Nebraska, both with her Marian High School team and on the Nebraska Gold National team."

Sadie Walker, LHP, 5-9, Holton (Holton HS) -- Played volleyball and will wrestle and play softball as a senior … as a junior she was a first-team all-league pitcher and an honorable mention selection as an outfielder … named first-team all-state pitcher … batted .660 with a 1.227 slugging percentage with 53 RBI while tossing 62 innings allowing 12 earned runs and striking out 104 for an ERA of 1.35 as a junior … part of volleyball state-qualifying team as a sophomore at Eudora High School … as a freshman at Eudora she was an all-league honorable mention pick and an all-state honorable mention selection as well … daughter of Paul and Katie Walker … a brother, Cole and a sister, Ellie … her mother played basketball at Central Missouri … will major in the health science field.

Walker on Washburn: "I chose Washburn University because I wanted to play softball for a college that felt like home and was close to home. Washburn has amazing facilities, coaches, teammates and is full of opportunities on and off the field. I am so excited to be a part of the community. Go Bods!"

Holaday on Walker: "Sadie is a young lady we have watched develop over the last couple of years and couldn't be more excited about her growth and her overall potential. We believe she has a high ceiling and can become a dominant pitcher in our program. Sadie is soft spoken but has developed a loud presence on the mound as she helped lead her Holton High School team through a great season." 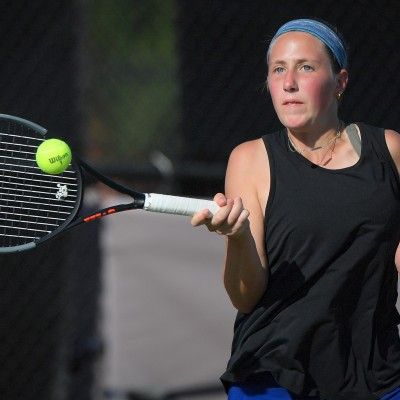