OLATHE -- The Class 6A state soccer championship game down to opportunities -- the opportunities Washburn Rural was unable to capitalize on, particularly at the end of regulation, and the opportunity Olathe West senior star Elyes Ellouz put in the back of the net in overtime to give the Owls a 1-0 win and their second state title in three years Saturday at the College Boulevard Activity Center.

"What was shown today was that Olathe West was clearly the class of Kansas City and now the class of Kansas,'' Washburn Rural coach Brian Hensyel said. "I thought the two best teams in Kansas were playing in the championship game today and both teams battled for 85 minutes and they found a way to get one in and it took an amazing, amazing goal to beat us.'' 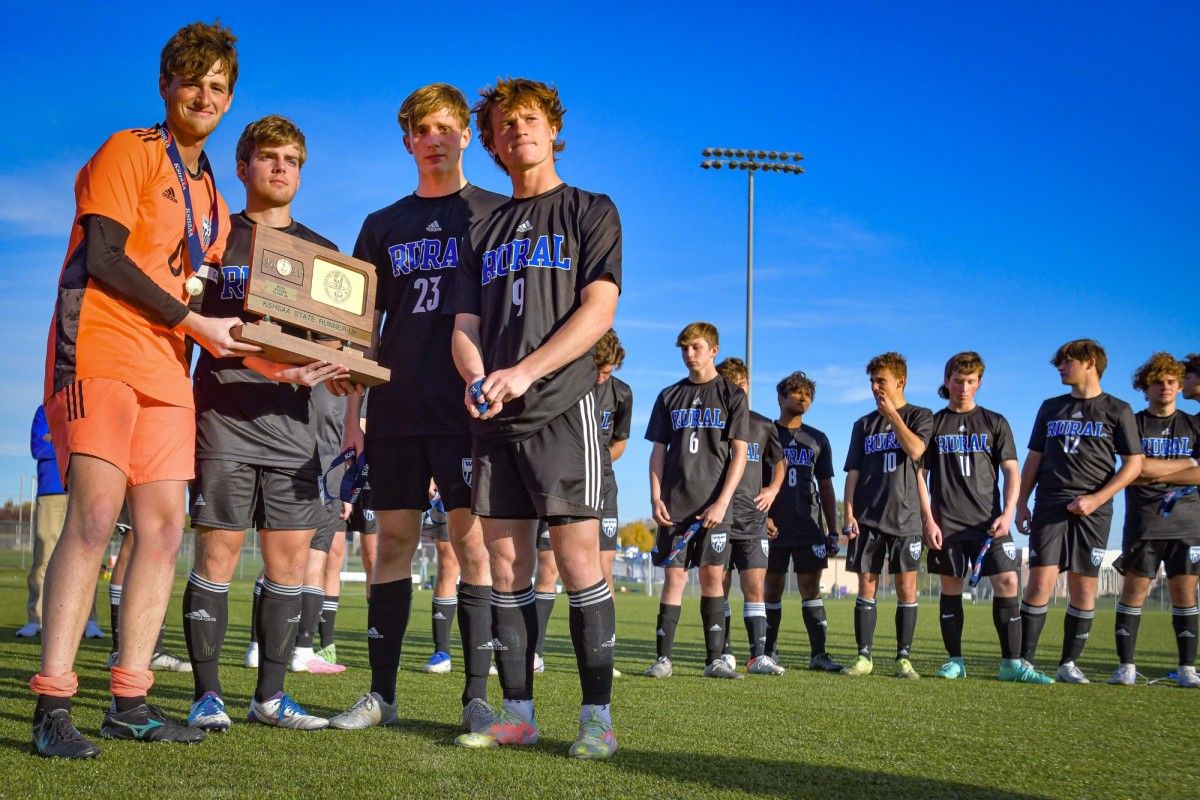 Washburn Rural, which had its bid for the program's first-ever perfect season denied by West, had its best chance at pulling out at the win at the end of the second half when Rural had four straight corner kicks, but the Owls were able to weather that storm and then took advantage in the first 10-minute overtime when Ellouz scored off an assist from fellow senior Evan Shelkey with 4:26 left.

"That little flurry at the end of (regulation) where we had four straight corners, that was it,'' Hensyel said. "When they defended that and they won the coin toss (to have a wind advantage) that was pretty big because guys were exhausted all over the field, obviously.'' 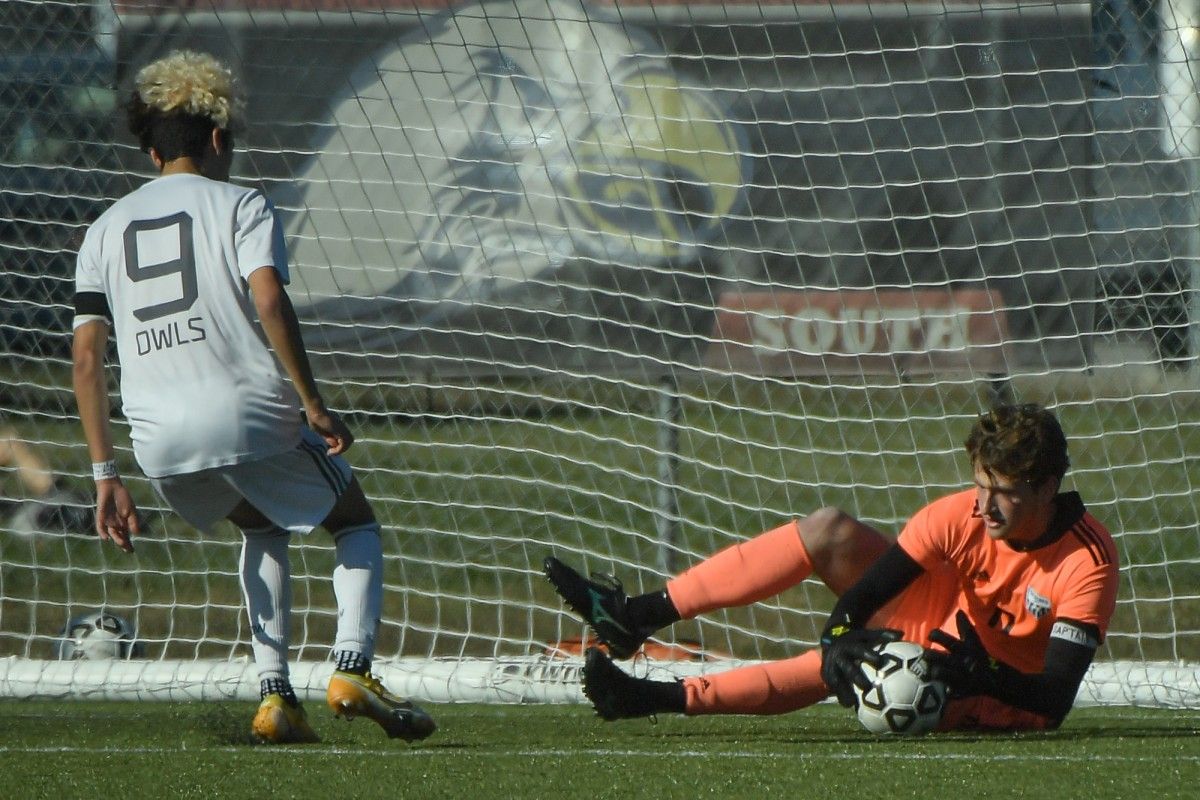 Washburn Rural senior goalkeeper Wyatt Arnold comes up with a save against Elyes Ellouz in Saturday's Class 6A championship game. Ellouz scored the game-winning goal in overtime. [Photo by Rex Wolf/TSN]

With the wind at its back in the first half Olathe West, which finished its season 13-7-1, had several scoring opportunities turned away by Washburn Rural senior goalkeeper Wyatt Arnold and the Junior Blue defense.

Rural had the wind advantage in the second half but Olathe West came up with big plays of its own to keep the game deadlocked heading into OT.

"Our defense has been great all year,'' Hensyel said. "Twenty games and we've never given up more than a goal in a game and at the end of the day nobody had shut us out all year and you have to give Olathe West credit for that.''

Ellouz, who scored 26 goals on the season, had his opportunities limited by Rural before breaking through with the game-winner.

"That's been the connection all season," Ellouz said.

While Washburn Rural was obviously heartbroken that it couldn't finish off its undefeated season, Hensyel said he wants the Junior Blues to realize what a special season they had.

"I'm disappointed we didn't win the championship, but how can you be mad about a 19-1 season and the only team that beats you does it on an amazing goal in overtime?'' Hensyel said. "It's just hard to be too disappointed.

"We were inches away from a perfect season.''