In an emotional, physical Class 6A quarterfinal that included seven yellow cards and a red card, Washburn Rural's soccer team was able to keep its focus on the task at hand Tuesday night, advancing to the state semifinals with a 6-1 victory over Derby at McElroy Field. 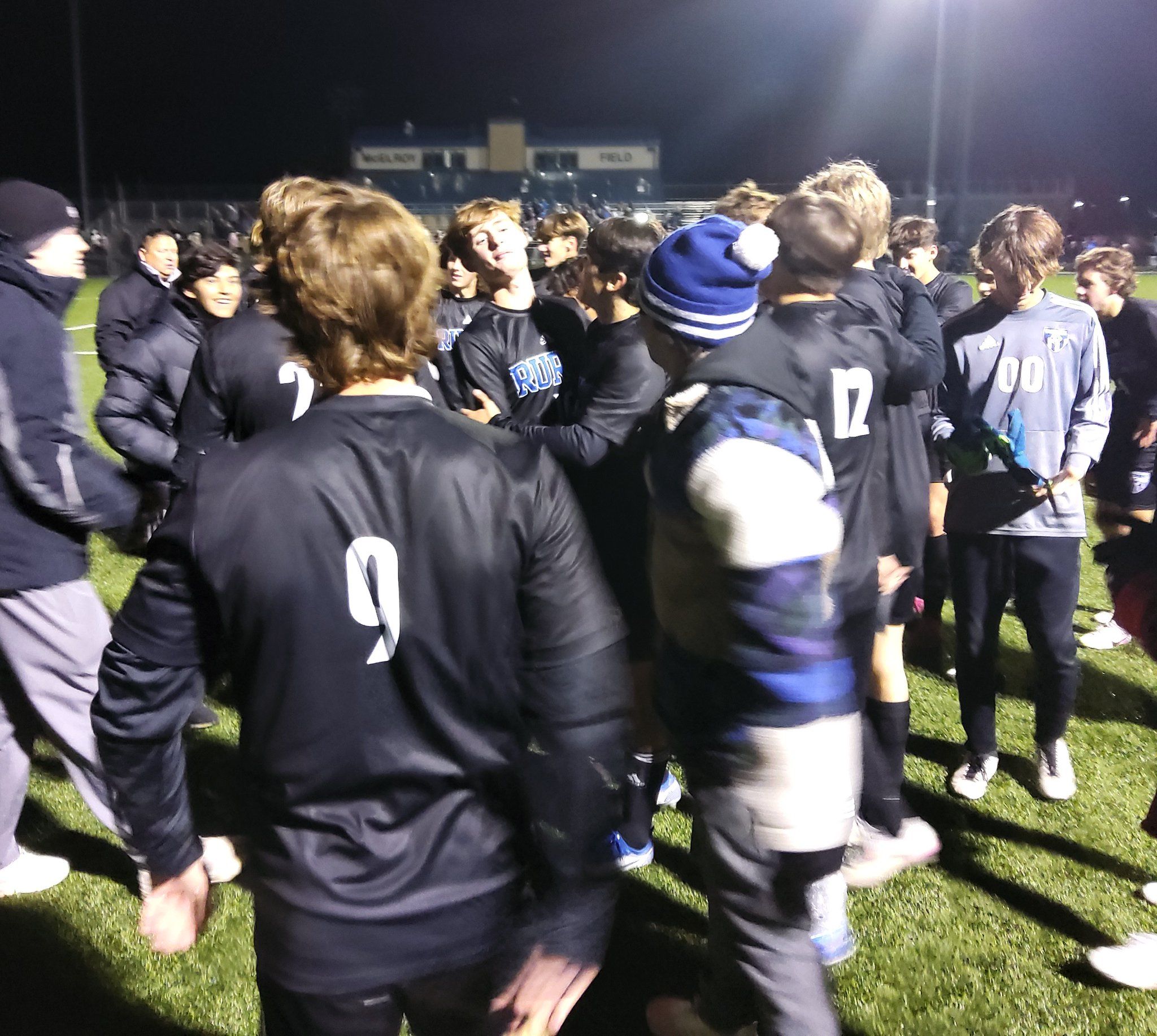 Washburn Rural senior captain Joe Morse was proud of the way the Junior Blues were able to keep their cool when things got a little chippy in the first half and a lot chippy after halftime.

"In my mind, part of what has been great about our program is that we're able to play the game and stay level-headed at all times and not let other things that aren't the game control whether we win or lose,'' Hensyel said. "Our mindset always is we don't get involved in any of the extra stuff. We play the game.

"I'm extremely proud of the boys because when you're the favorite and you're at home people try to rattle you and we just didn't let it happen.''

Morse put the Junior Blues ahead to stay with a goal just 22 seconds into the game off an assist from senior Ashton Rake and Rural made it 2-0 at the 16:43 mark of the opening half on a goal from sophomore Devon Rutschmann off an assist from junior Easton Bradstreet.

Derby got back within a goal on a shot from senior Cole Dubois with 6:07 left in the half, but the rest of the night belonged to the Junior Blues.

Sophomore Benett Hallauer put the Junior Blues in command at 3-1 with a goal at the 15:59 mark off Bradstreet's second assist and Rural took a 4-1 lead on an own goal with 11:45 remaining and went up 5-1 on a Bradstreet goal at the 10:54 mark.

Sophomore Hayden Shriver put the capper on things with a goal with 3:45 left on the clock off an assist from junior Jaxon Padilla.

"We definitely mentally prepared for this game,'' Morse said. "We attacked them and didn't under-estimate them and I think that really helped us right out of the gate.'' 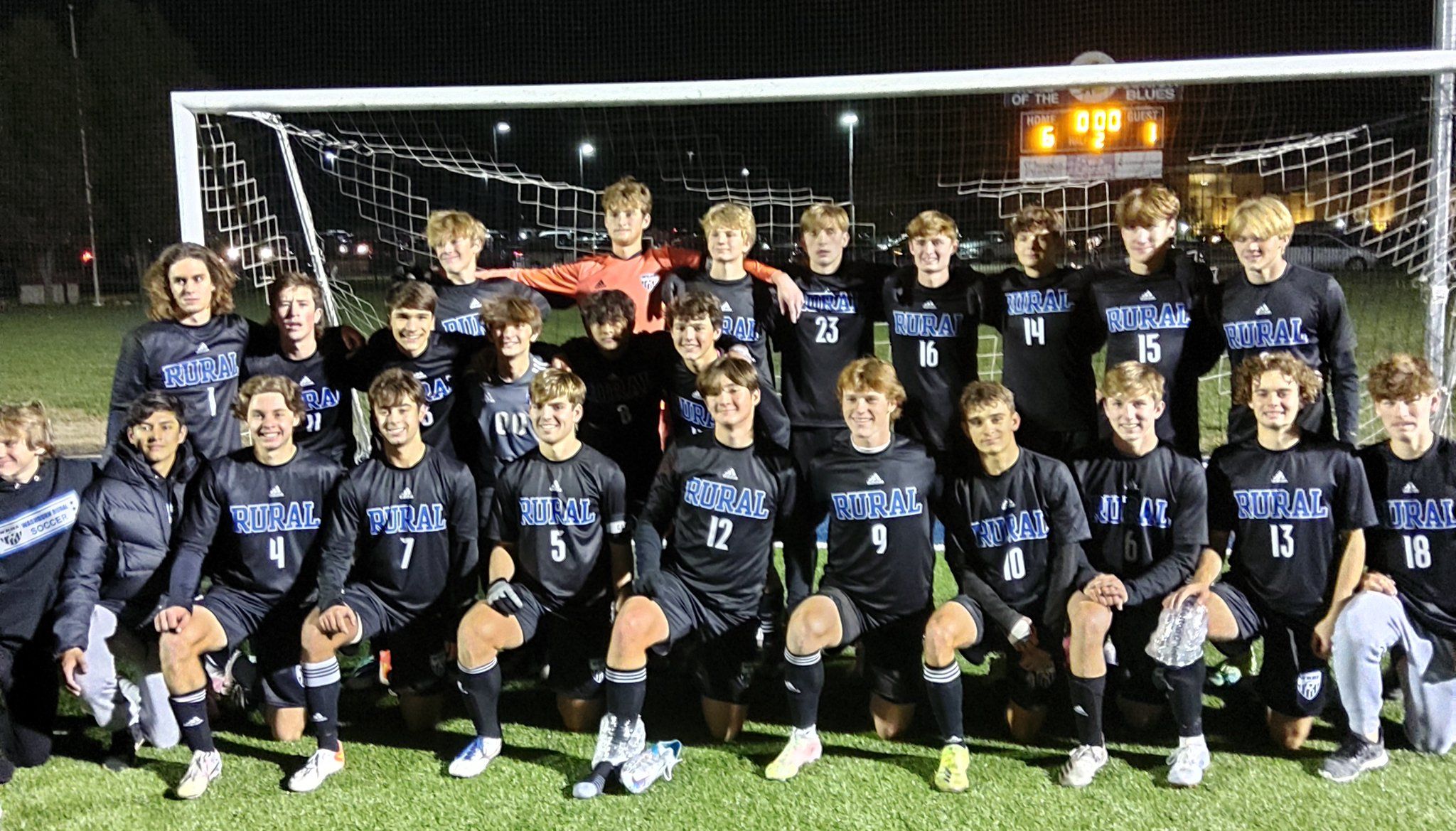 Washburn Rural's soccer team poses for a team picture after advancing to the Class 6A semifinals with a 6-1 win over Wichita North. [Photo by Rick Peterson/TSN]

The third-place and championship games will be played on Saturday at 12 and 2 p.m.

Host Augusta ended Hayden's state title bid Tuesday night, scoring all of its goals in the second half to take a 4-0 win over the Wildcats in a Class 4A-1A quarterfinal.

Hayden ended its season with a 13-6-0 record while 17-2-0 Augusta advanced to the 4A-1A state tournament Friday and Saturday at Hummer Sports Park.