After grinding out three straight wins Washburn football returned to Yager Stadium for a Homecoming bout against Northeastern State University.

Both sides of the ball were dominant for the Ichabods early on, which propelled them to a 35-0 victory and a 7-2 record on the season.

“It was a total team effort, but anytime you get a shutout that’s a big deal,” Washburn coach Craig Schurig said.

Washburn would not match the 70 points it scored on the RiverHawks in 2019, but the offense got off to a quick start thanks to the return of senior quarterback Mitch Schurig.

After only seven plays the Ichabods were in the end zone in only seven plays, scoring on a 39-yard pass from Schurig to wide receiver Peter Afful down the right sideline. 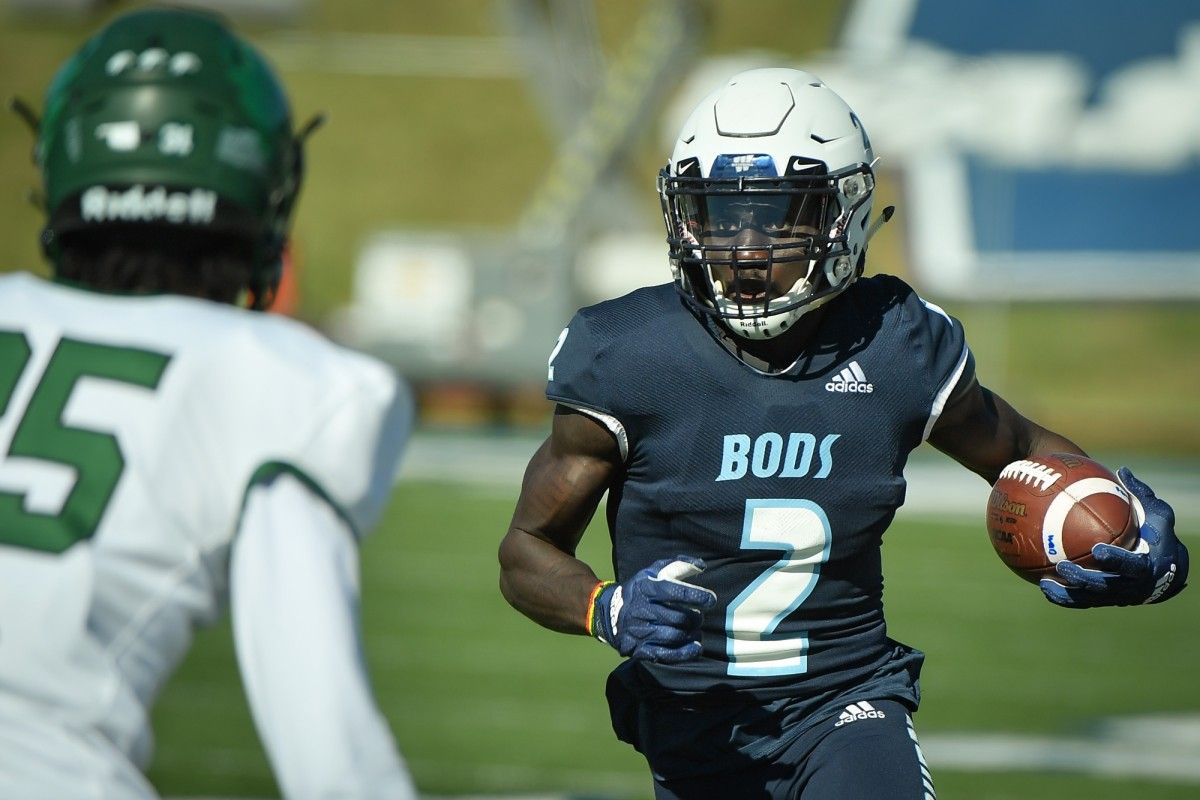 Washburn's Peter Afful scored the game's first touchdown on a 39-yard catch from Mitch Schurig in the Ichabods' 35-0 win over Northeastern State. [Photo by Rex Wolf/TSN]

Washburn’s defense shut down Northeastern for the entirety of the first quarter, holding them to only five yards of offense in the quarter, and 40 for the half.

“We just play sound and disciplined, you know we don’t have to take any risks,” said defensive back Marquise Manning. “We can just sit back and play our game.”

The Ichabods got into the end zone once more before halftime on a third and 18 pass to tight end Matthew Simmons who made a contested catch to make it 14-0. The play would end the day for Schurig who just returned from injury.

“I came back and I ran a corner route so it was just wide open, I was just sticking to what I know,” said Simmons.

Simmons got into the end zone again early in the third quarter, on a 14-yard pass from quarterback Kellen Simoncic to cap off a 46-yard drive that lasted under two minutes. 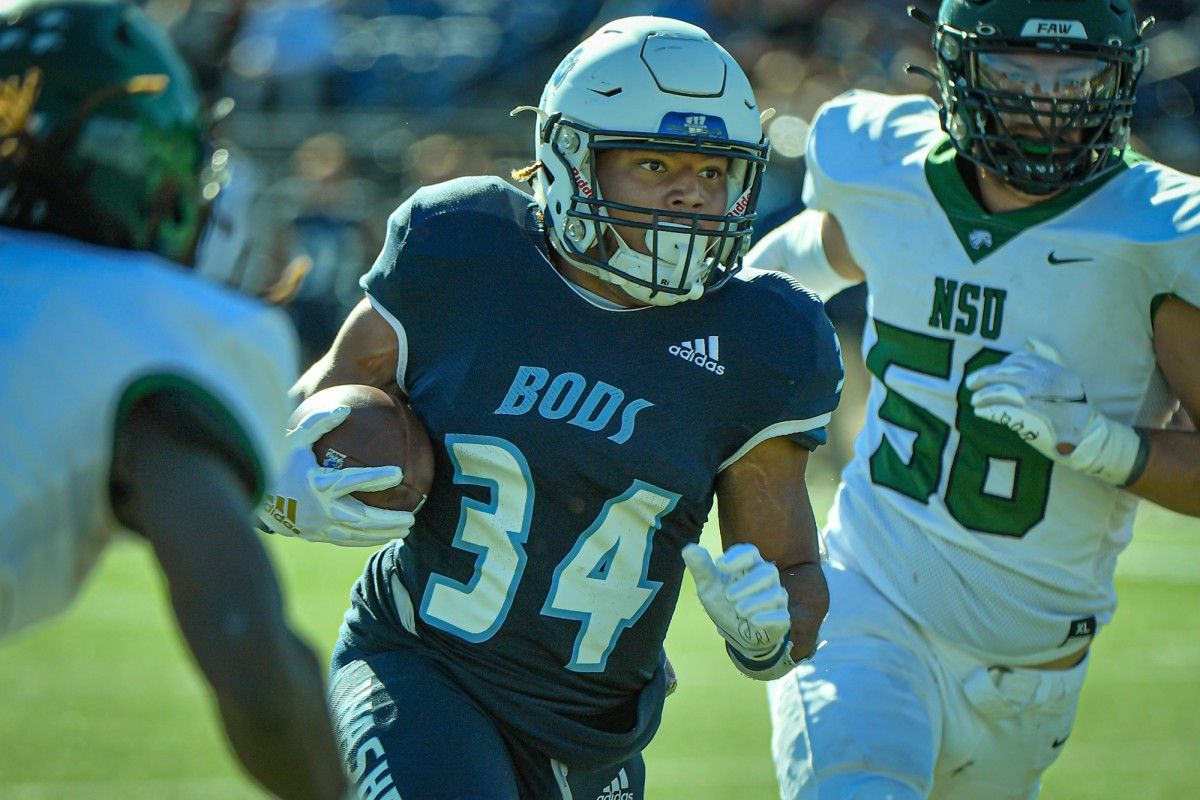 Washburn running back Zach Willis rushed for 85 yards and a touchdown in the Ichabods' 35-0 win over Northeastern State Saturday. [Photo by Rex Wolf/TSN]

The game turned into a rout for Washburn later in the quarter after running back Zach Willis got into the end zone from five yards out with just over four minutes left in the third quarter.

“I wish we would have scored more (early), we had a couple of things kind of shoot some drives down,” Craig Schurig said. “But then we kind of got on pace, I am proud of the way we played the second half, the second half is much more conducive to how we play.”

One quarter and two more scoreless drives from Northeastern State later the Ichabods were into the end zone again. This time it was running back Tyler Bowden who took it in from four yards out to make it 35-0.

That is how the game would end as Washburn worked in its second and third string players for most of the fourth quarter on its way to a fourth straight win.

“That is a secondary thing when your starters get some rest, but getting those guys in the game cause those guys work hard … it was fun getting them in I wish there would have been more time,” said Schurig.

Next up for the Ichabods is a road matchup on Nov. 6 against Pitt State who is tied with Washburn at 7-2 on the year.