SALINA -- Kevin Bordewick hopes that sometime soon his Washburn Rural volleyball team will be able to appreciate what a special season they had in 2021.

But Bordewick also knows it's going to take awhile.

"If you look at the process we went through, 41-2 is pretty dad gum good,'' Bordewick said. "It's just unfortunate we had our two losses here on the last day of the state tournament.''

After running off 41 straight wins this fall, the Junior Blues' season ended with a pair of three-set losses as Rural finished fourth in Class 6A Saturday at the Tony's Pizza Events Center in Salina.

After posting a perfect 3-0 record in pool play on Friday, Rural suffered a semifinal loss to Blue Valley West before dropping another three-set loss to Olathe Northwest in the third-place match. Blue Valley West rallied for a 21-25, 25-16, 28-26 semifinal victory before Olathe Northwest also dropped the first set to the Junior Blues before rallying to take a 22-25, 26-24, 25-18 win.

"I thought we competed in the semis, but we just did some uncharacteristic things that weren't like us,'' Bordewick said. "We had some balls drop, we had some mis-fires on hits and there were just things that for whatever reason were going on, but having said that, we still battled a really good team all the way to 26-28 and it just didn't go our way.''

Washburn Rural trailed in all three semifinal sets against the Jaguars, but rebounded in the first set to put itself in position to advance to the finals with a four-point win, ending the set with a kill from junior Brooklyn DeLeye.

The Junior Blues cut West's lead to 18-13 on a DeLeye service ace and got within 21-15 on a kill from junior Taylor Russell, but the Jaguars outscored the Junior Blues 4-1 to end the set and force a third set.

The 24-23 advantage was the first of three match points for Blue Valley West and Rural also had a match point before the Jaguars took the 28-26 win.

Washburn Rural tried to bounce back from the heartbreak of the semifinal loss, but after winning the opening set against Northwest the Junior Blues let opportunities to end the match in the second set slip away. Rural led 20-19 and there were ties at 20, 22 and 24 before Northwest scored two straight points to take the win. 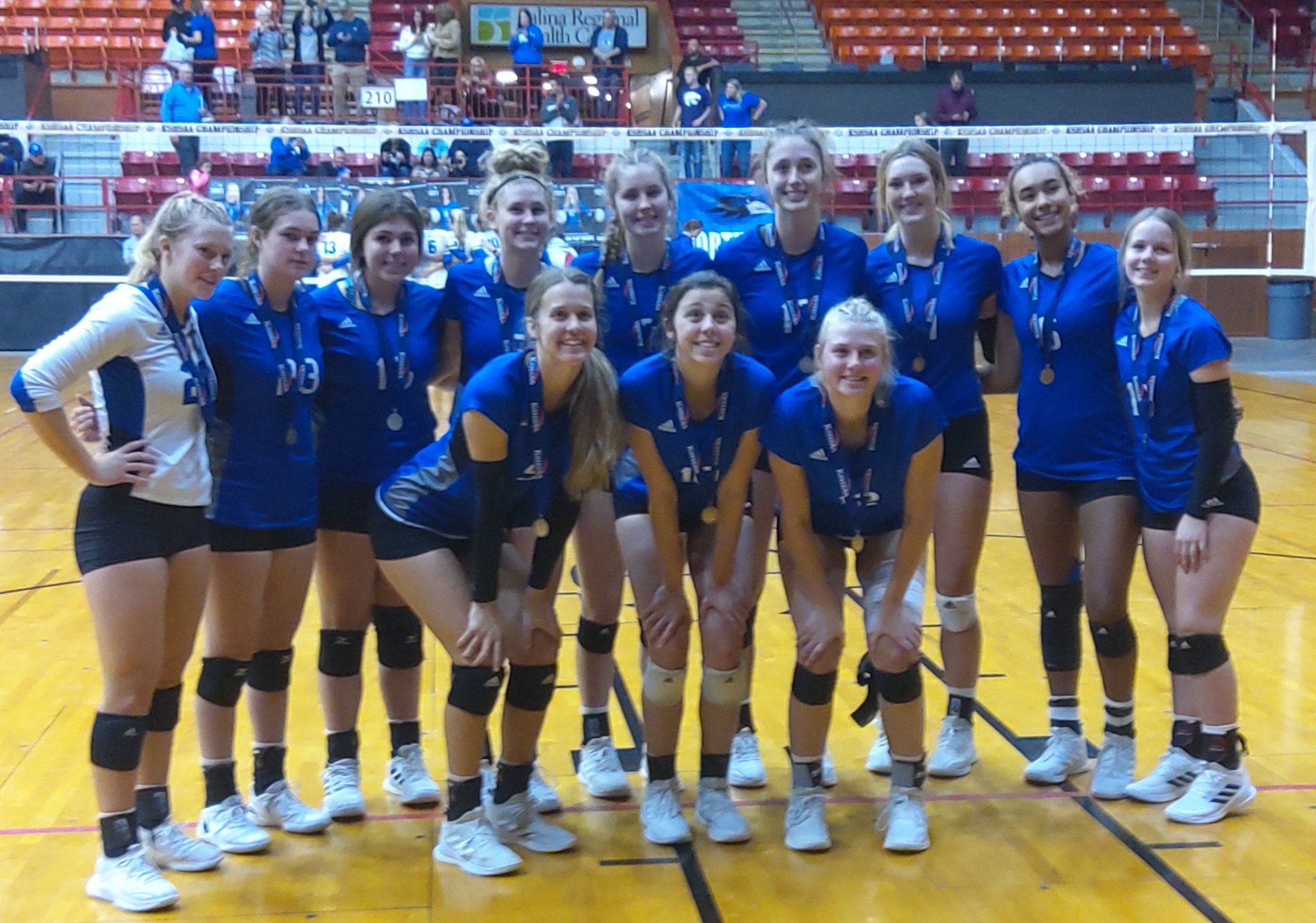 Washburn Rural poses for a team picture Saturday after finishing fourth in the Class 6A state volleyball tournament. [Photo by Rick Peterson/TSN]

"The third-place match, I don't even know if I can talk about that,'' Bordewick said. "That's just a whole wave of emotions that went south.''

The Junior Blues led early in the decisive third set against Northwest, but the Ravens dominated the middle of the set to build a 17-10 lead and rural could not recover.

Blue Valley North went on to win the state championship with a 25-10, 25-23 win over Blue Valley West.