Seaman opens 5A playoffs with 57-6 win over Emporia

Fortunately for the Vikings they were familiar with league opponent Emporia, which Seaman had knocked off 22-6 earlier in the season.

Looking for a better performance in Friday's rematch Seaman got off to quick start on Camden Barta's 77-yard touchddown run..

The Spartans tried to keep the ball out of Seaman’s hands with read options and short passes, but the Vikings' pressure on the outside were able to make the Emporia offense uncomfortable, resulting in negative yardage on several plays.

“Our great week of practice carried over,'' Seaman coach Jared Swafford said. "Our guys have done a phenomenal job, honestly. It was nice for everything to come together. I think with the weather being what it was, we could've made any excuse, but we dealt with it. We had the best week of practices we ever had.” 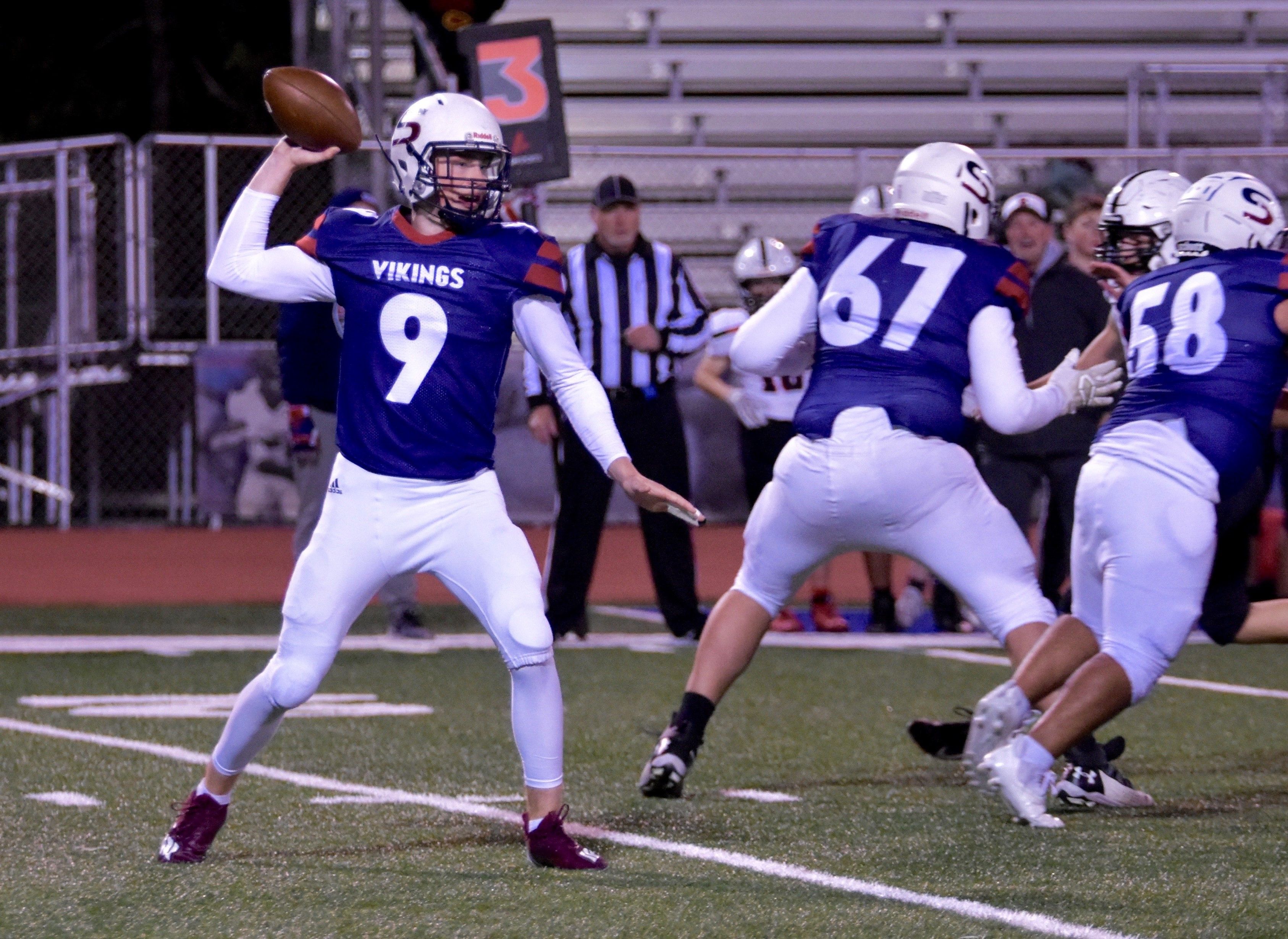 Seaman quarterback Camden Barta had a big night in Friday's 57-6 win over Emporia, throwing for more than 318 yards and having a hand in five touchdowns. [Photo by Shelly Prengel/Special to TSN]

The 77-yard TD set the stage for a big night for Barta, who passed for 243 yards and three touchdowns in the first half and finished the night with 318 passing yards, 87 rushing yards and five total touchdowns.

“Camden (Barta) is starting to get it,'' Swafford said. "Camden did a great job of reading coverages today. He popped off a couple of big runs for us as well. He’s doing a great job and we are really proud of him.” Seaman's PJ Vargas had a three-touchdown night in the Vikings' 57-6 win over Emporia Friday night, [Photo by Shelly Prengel/Special to TSN]

With injuries to running backs (Kaden Ireland & Aiden Polter), sophomore Jack Bloom has stepped up in a big way for Seaman. Bloom rushed for 37 yards and two touchdowns against the Spartans.

Seaman (6-3) will be back in action against Blue Valley Southwest (3-6) next Friday at Seaman. 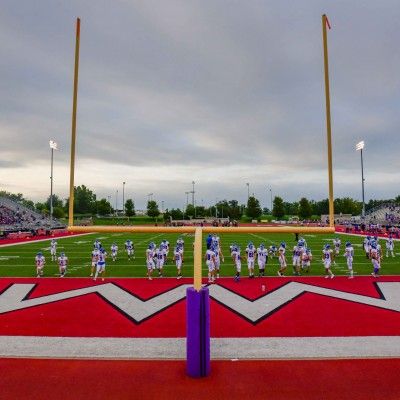