As it turned out Rankey was wearing a big smile after the Wildcats outscored the Lions 4-1 in PKs to escape with a 1-0 victory at Hayden.

"It was pretty fun that we won,'' Rankey said. "If we lost it would have been probably the worst experience of my life.''

With the victory Hayden, now 12-5-0 on the season, advanced to Thursday's regional final to host the winner of Tuesday's game between Independence and Berean Academy while Cair Paravel ended its season 4-10-1. 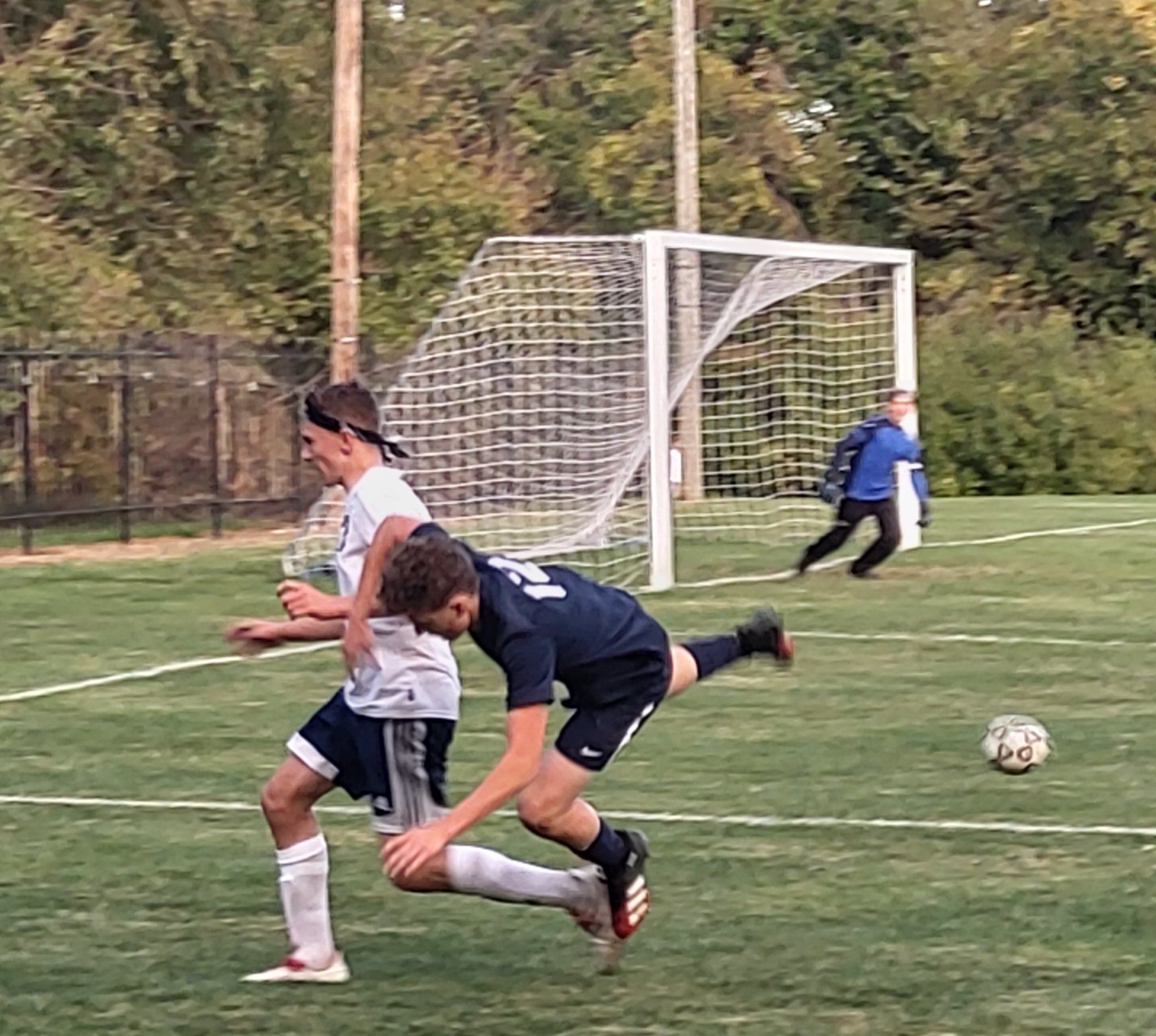 Hayden's Camden Schrickel (right) and Cair Paravel's Joe Havens get tangled up while trying to control the ball in Monday's Class 4A-1A soccer regional at Hayden. The Wildcats won 1-0 in penalty kicks. [Photo by Rick Peterson/TSN]

Hayden had numerous scoring opportunities throughout the contest, but Cair Paravel goalkeeper Jacob Hershberger turned in an oustanding performance to give his team a chance, keeping the Wildcats off the scoreboard through 80 minutes of regulation, plus two 10-minute overtime periods and two five-minute OT sessions to send the game to PKs.

Hayden junior Nick Padilla converted the Wildcats' first PK opportunity and Rankey came up with a save to give his team an early edge.

Junior Jake Muller was next up for Hayden and successfully converted his attempt before Rankey came up with a second straight save and junior Chris Hayes made it three PKs in a row to put the Wildcats in command.

"My teammates made it a lot easier for me,'' Rankey said. "I just needed to do what I needed to do.''

Hayden's Ethan Christy (10) and Cair Paravel's Tanner Bish try to chase down a loose ball Monday night at Hayden. Christy converted a kick to clinch the Wildcats' 1-0 regional win over the Lions in penalty kicks. [Photo by Rick Peterson/TSN]

Senior Ethan Everhart converted for Cair Paravel, but Hayden senior Ethan Christy then slipped the ball past Hershberger to end the game.

"We did well,'' Hayden coach Klaus Kreutzer said of the Wildcats success in PKs "I guess I got lucky in who I picked.''

And Kreutzer also felt pretty good to have Rankey in goal.

"I did,'' Kreutzer said. "That would be the time I wanted Gabe in there. He paid dividends.''

"It was a heck of a fight by both teams,'' Cair Paravel coach Mark Congdon said. "This was as memorable as it gets. I love to see two Topeka teams going at it and our guys have nothing to be ashamed of. They definitely gave it their all tonight.'' 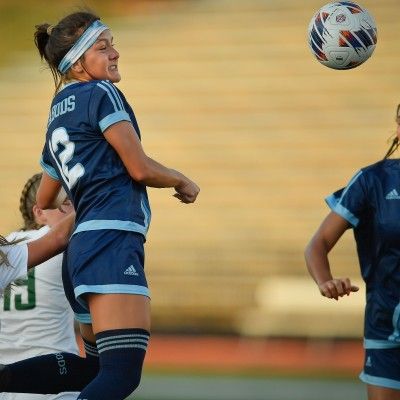