Carter, a junior, captured the individual girls title in Saturday's Centennial League cross country championships at Milford State Park, clocking a five-kilometer time of 18 minutes, 43.3 seconds. Carter led a 1-2-3 finish by the Junior Blues for the third straight meet, with Rural winning the league team championship by a 50-52 margin over Manhattan.

A senior running back/linebacker, Catron was pressed into duty at quarterback after an injury to Torrey Horak and sparked undefeated Rossville to a 24-19 come-from-behind win over rival Silver Lake. Catron rushed for 136 yards and a touchdown and passed for 33 yards and a TD.

Sweeney, a junior, and her doubles partner, Grace Unruh, finished off a 36-0 season with a dominating performance in the Class 5A state tennis tournament Friday and Saturday at Emporia, clinching the state title with a 6-2, 6-1 decision in the championship match.

A senior, Unruh teamed with Sweeney to win the Class 5A state doubles championship Saturday at Emporia, with the Seaman stars putting the capper on a perfect 36-0 2021 season with a 6-2, 6-1 victory over Andover Central in the championship match.

Zulueta rolled to the Class 4A state singles championship in her first state tennis tournament, losing just five games in four state matches to finish off a 35-5 season. Zulueta, the city and regional champion, took a 6-2, 6-0 win over Bishop Miege's Breanna Quigley in the final. 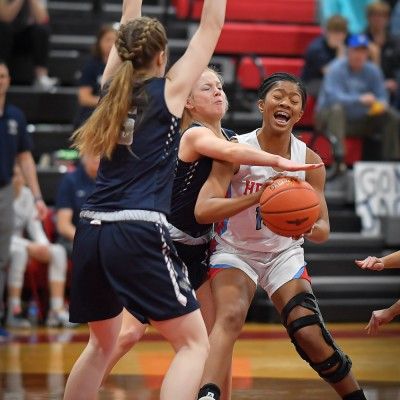