After losing their first three games of the 2021 season by a total of 11 points, the T-Birds have bounced back to win three of their past four games, including a 23-7 road victory over Blue Valley Southwest Thursday night. 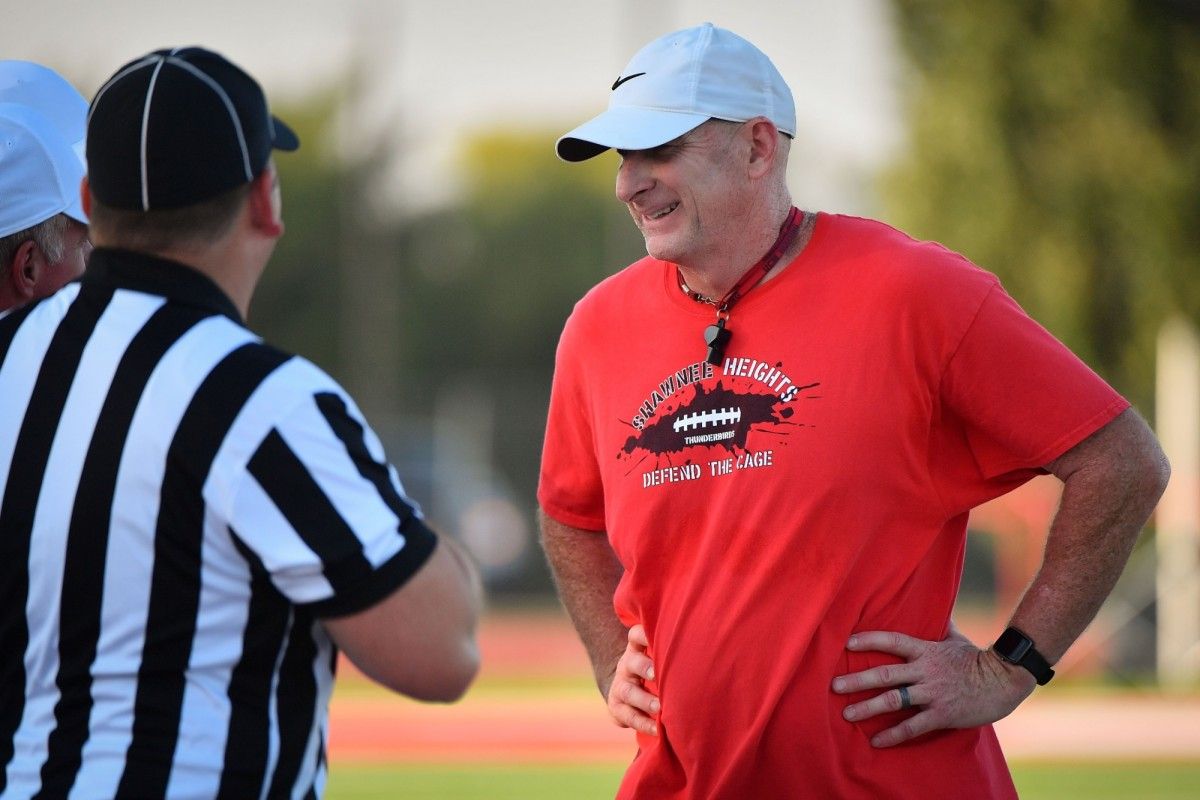 Veteran Shawnee Heights football coach Jason Swift and his T-Birds have a lot to smile about after winning three of their last four games, including a 23-7 road win over Blue Valley Southwest Thursday night. [File photo/TSN

The 3-4 T-Birds will have the opportunity to post a .500 regular-season record with a home win over Kansas City-Turner next Friday at Wetter Field.

Shawnee Heights trailed the 2-5 Timberwolves 7-0 at the end of the opening quarter, but that would prove to be Southwest's final points of the night.

Heights recorded a safety to cut its deficit to 7-2 with 8:22 remaining in the first half and the T-Birds took a 9-7 halftime advantage on a touchdown pass from senior quarterback Callan Carver to senior Jarin Sanders with 32 seconds left in the half.

After a scoreless third quarter Sanders scored on a short run to put the T-Birds in front 16-7 with 8:55 left in the game and Carver connected with sophomore Jacob Malcolm with 6:57 remaining to account for Heights' final margin.

With Thursday's win Shawnee Heights has already tripled its win total from the 2020 season.