Ever since an early-season 8-5 loss, Hayden freshman star Ainzley Zulueta had been looking forward to a possible rematch with Bishop Miege freshman Breanna Quigley, just to see how far she had progressed over the course of the season.

Zulueta got that opportunity in Saturday's Class 4A regional tournament at Kossover Tennis Center and delivered in a big way, taking a decisive 6-2, 6-1 victory to claim the regional singles championship.

"Honestly, I really wanted to prove myself,'' said Zulueta, now 31-5 on the season. "After losing a few matches early in the season I trained a lot more so I could be more conditioned and it really paid off.'' 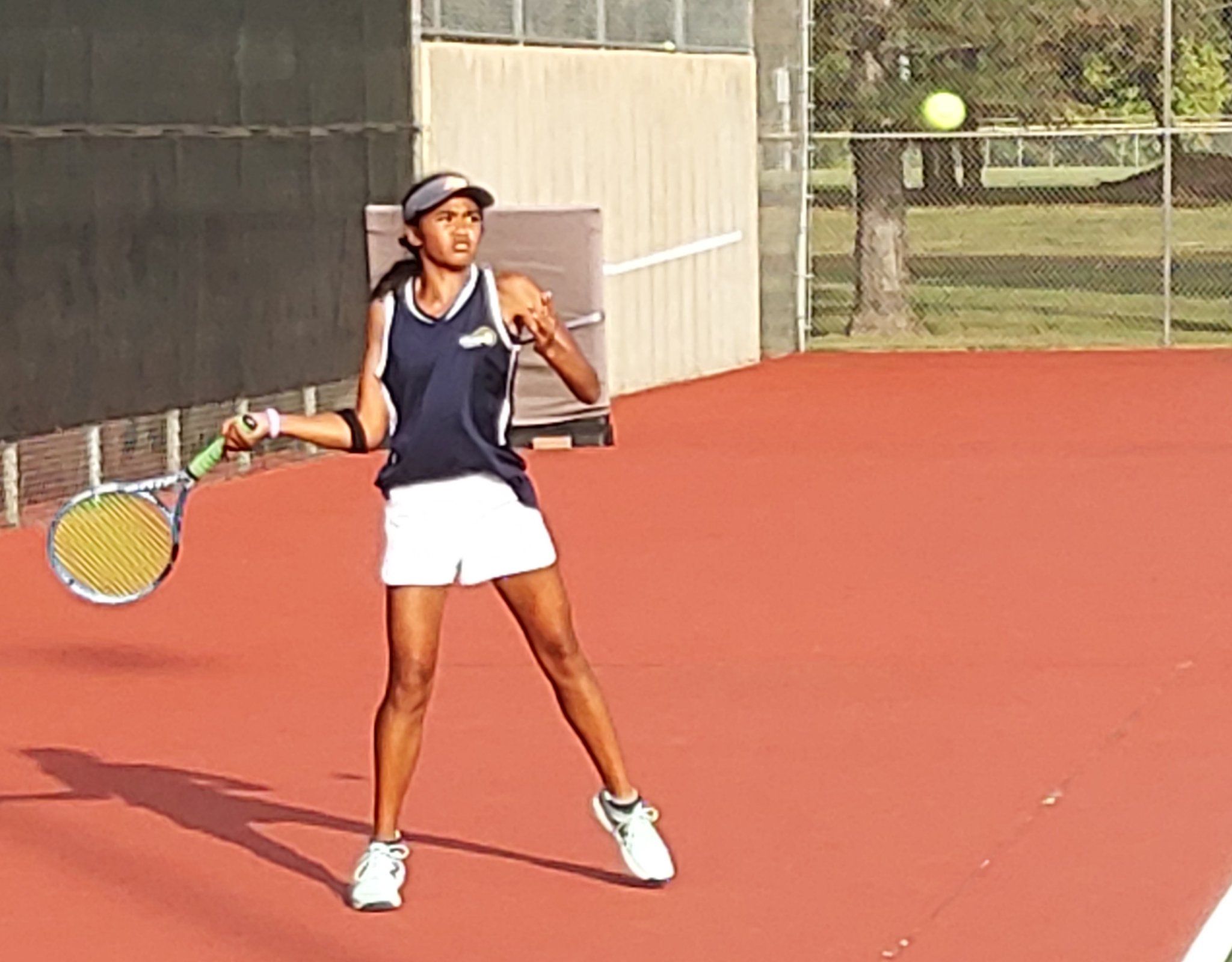 Zulueta took control of Saturday's final early on and felt good about her performance.

"I think I actually played really well,'' she said. "At the beginning of this tournament my ankle was kind of hurting, but I think after I started winning a few points in a row that brought up my confidence to play better.''

Hayden, which tied Bishop Miege for the regional team title with 20 points, also got a championship from the doubles team of sophomore Lauren Sandstrom and Emily Sheetz and a third-place doubles finish from juniors Briahna Barnett and Sloane Sims.

Overall, Hayden coach Christy Sheetz said it was a banner day for her Wildcats.

"I am so pleased,'' Sheetz said. "Two of them are essentially first-year varsity players as juniors and then there's two freshmen and one sophomore so I have a young team and a lot to look forward to.''

Next up in the 4A state tournament Friday and Saturday in Winfield.

Rossville junior Alivia Sherer, who competed for Hayden during the regular season as a co-op player, punched her ticket to the 3A-1A state tournament with a third-place finish in the 3A-1A regional tournament at Hillsboro.

Sherer finished off her regional performance with a 6-3, 6-3 win over Marantha Christian Academy's Olivia Favero in the third-place match.