Trojan senior star Tylas Alejos took that to the extreme, carrying the ball 27 times for 400 yards and scoring eight touchdowns as Topeka High pulled away in the second half for a 70-42 win over the Scots at Hummer Sports Park.

"Coach (Carlos Kelly) told us we were going to try to run the ball,'' Alejos said. "We liked what we had up front, so we just had to execute.'' 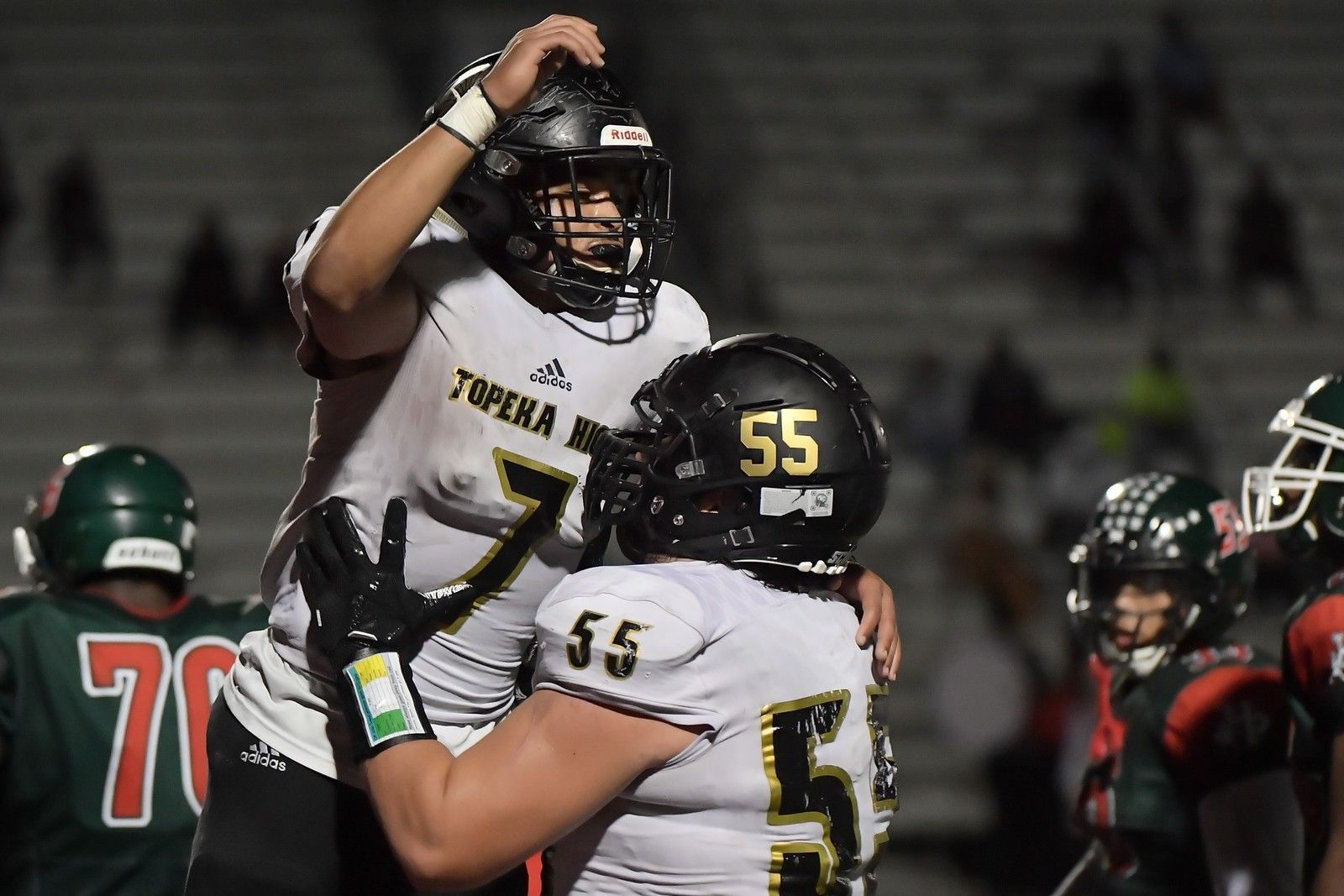 Topeka High senior standout Tylan Alejos is hoisted in the air by senior lineman Jacob Jackson after scoring one of his eight touchdowns in Friday's 70-42 win over Highland Park. [Photo by Rex Wolf/TSN]

Alejos set the tone for the night when he carried the ball all three times on High's 64-yard game-opening scoring drive, including a 32-yard touchdown run with 10:51 left in the first quarter.

Alejos knew he was having a big night, but tried to concentrate on the score and not the stats.

"I was really looking at the scoreboard and just making sure we got the win,'' Alejos said.

Highland Park fell to 0-4 overall and 0-3 in the league with its 61st straight loss, but the Scots put up a spirited fight in the first half, trailing by just a 36-28 margin at the break.

The Scots took the second-half kickoff and drove to the Topeka High 2-yard-line, but junior quarterback Kei'Juan Johnson was thrown for a 13-yard loss on fourth down to stop the threat and Alejos scored on three long gallops to give the Trojans an insurmountable 57-34 lead entering the fourth quarter. 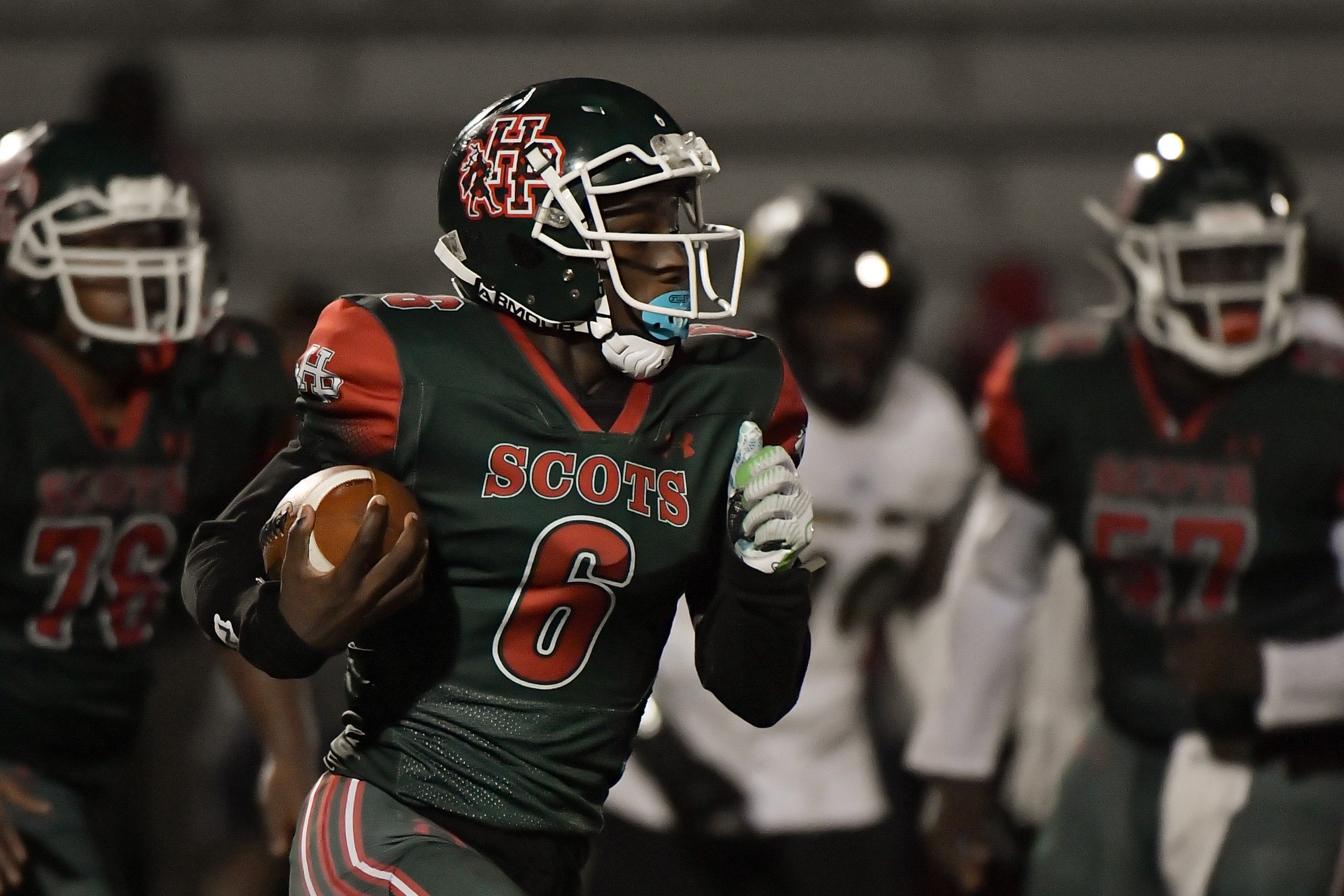 Highland Park junior star Tre Richardson had a monster night for the Scots in a losing cause, scoring five touchdowns.

Richardson scored the Scots' first touchdown on a 36-yard pass from senior quarterback Kellan Spruce and he also hauled in a 19-yard TD pass from Spruce, ran for an 80-yard touchdown and scored on a pair of 70-yard kickoff returns.

"Tre Richardson is electrifying,'' Kelly said. "He's that kid that wins every tag game. You put him in just (a little bit of room) and that's just too much room.''

Spruce completed 14 of 17 pass attempts for 160 yards and the three TDs, but was picked off twice.

Richardson rushed for 105 yards on five attempts and caught five passes for 78 yards while Reed had seven catches for 67 yards.