Washburn University senior linebacker Jacob Anderson and Emporia State junior wide receiver Corey Thomas are best friends dating back to their days as standouts for Topeka High, and nothing is going to change that.

But Anderson and Thomas will put that unbreakable bond on hold for about three hours Saturday afternoon when the rival Ichabods and Hornets hook up in the Turnpike Tussle at ESU's Welch Stadium (1 p.m. kickoff).

"I'm always wishing Corey the best, but this week we both know that out there on that field we're just going to be competing and our main goal is to win,'' Anderson said. "We both want to win, we're both super competitive and we're going to give it everything we have while we're out there and then it will be all love after the game. That's the type of relationship we have.

"We know that when we're out there on that field, it's war and we're going to be battling and fighting, but after the game we're going to shake it up and go back to being brothers.'' 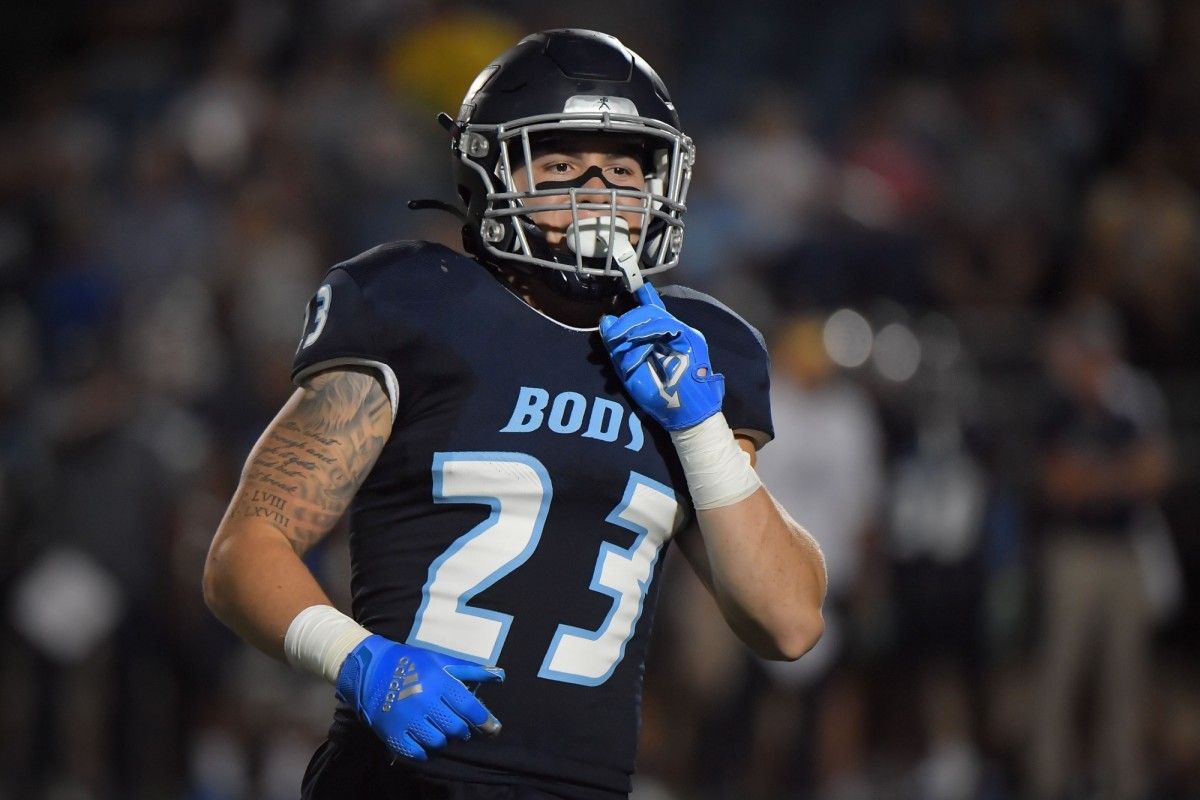 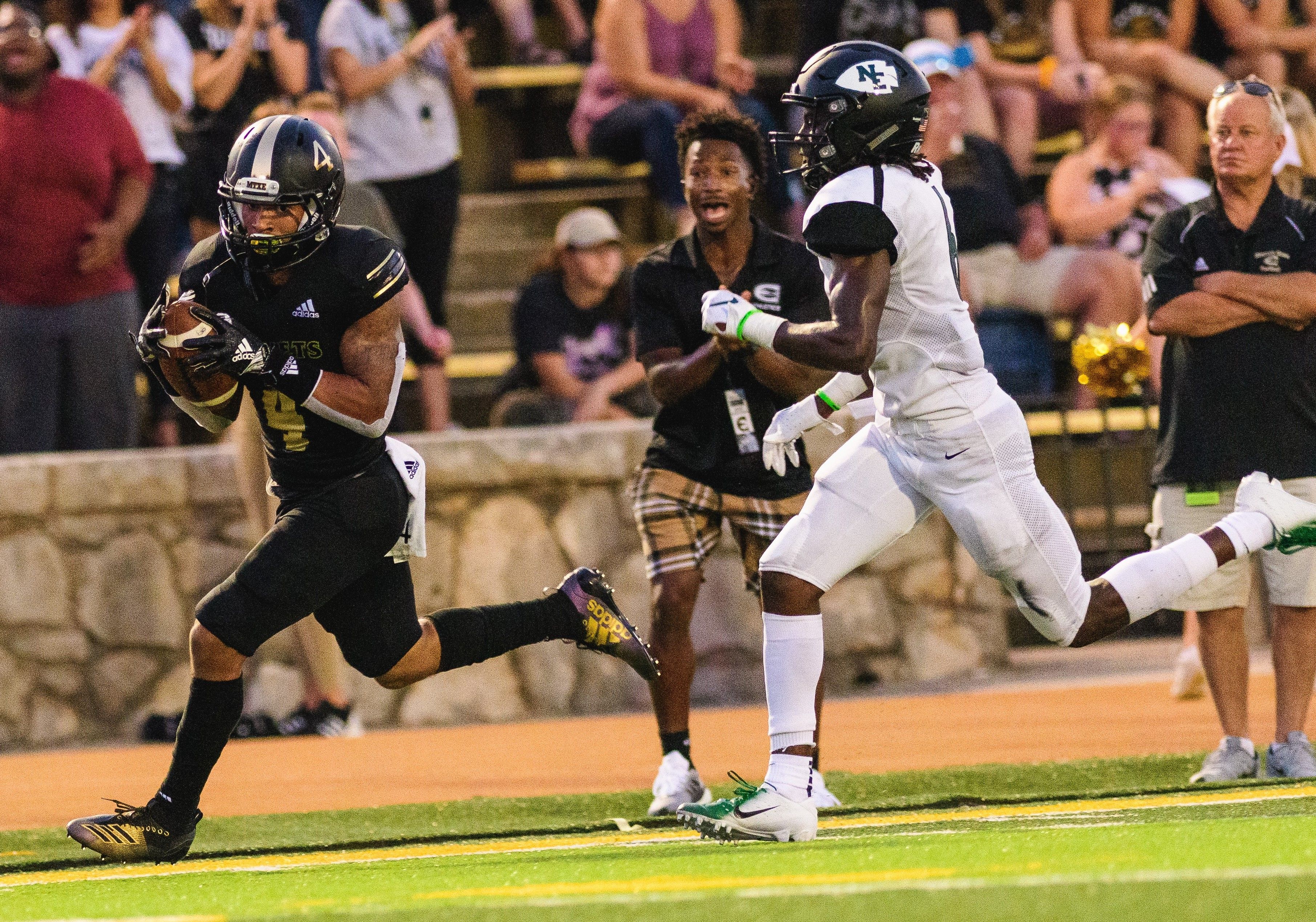 Former Topeka High standout Corey Thomas, in action against Northeastern State in 2019, is coming off a six-catch game for Emporia State against Pittsburg State. [Photo courtesy of ESU Athletics]

Thomas, 5-foot-10, 182 pounds, and Anderson, 5-11, 210, grew up in the same neighborhood and both attended Jardine Middle School before playing multiple sports together for Topeka High.

"I  would ride with his mom and dad to a lot of sporting events, practices, games, and I would spend a lot of time over at the Thomas household, so his mom and dad became like second parents to me. I did a lot of stuff with his family, sports but outside of sports as well and they had a big impact on my athletic career in high school and college.''

Ironically, the bond between Anderson and Thomas became stronger after COVID-19 hit and both players were in Topeka scrambling to find a way to stay in shape while schools and most everything else was shut down.

"During COVID everybody kind of moved back home and I moved back in with my parents and Corey lived about two blocks away,'' Anderson said. "All the gyms closed down and Corey texted me and said, 'What are we going to do? We don't have a place to work out.' ''

Soon after, the Thomas residence became the Thomas gym and both Anderson and Thomas put the makeshift facility to good use.

"Jacob actually ended up moving down the street for about six to eight months, so that whole COVID summer he came over every single day and that's what we looked forward to. That's really my best friend so it was great.''

"His parents pretty much sacrificed their garage and put together a gym for us, with old cast iron weights,'' Anderson said. "It was a bunch of old school stuff that his dad had sitting out in his shed, but we put it together and manufactured a gym that we were able to use five or six days a week to work out while a lot of people didn't have anywhere they could go.

Thomas, who was an All-City quarterback at Topeka High before switching to receiver at Emporia State, said that he and Anderson continue to touch base with each other by text or phione, 'If not daily, weekly and pretty much daily.''

Thomas has fought injuries at Emporia State, including a broken collarbone in 2019 that sidelined him for the bulk of the season after he started the year off with a bang, including seven catches for 99 yards and a touchdown against Northeastern State.

"It was super frustrating because that summer of '19 I worked as hard as I've ever worked in my life,'' Thomas said. "In high school I kind of took the game for granted, but when I got to college I learned how to really put the work in. I thought (2019) would be a little time to shine, but it didn't work out so it was frustrating.''

Thomas credits Anderson for being one of the people that helped him get through that tough time.

"Jacob's had his battles, too,'' Thomas said. "Every college football players has his battles, but he's been pretty fortunate that most of his injuries have been in the offseason. Mine kind of put me out longer than his did and he was definitely that person for me that I'd go to and he'd help me through it.''

Thomas missed two full games earlier this fall after suffering a minor injury in the Hornets' season-opener, but he returned last Saturday to catch six passes for 92 yards in 2-2  ESU's 30-28 road loss at Pittsburg State.

Now the two friends get one last chance to be on the same football field together on Saturday.

"I'm super excited for it,'' Thomas said. "It will be crazy being best friends for our whole life and playing that one last game, but on opposite sides.''