Winning a Centennial League volleyball championship is never one of Washburn Rural's biggest goals, with Kevin Bordewick's Junior Blues using the regular season to put themselves in position to make a run at the big championship -- the Class 6A title.

"(League's) never been one of our bigger priorities, to be honest, in all our years here,'' said Bordewick, whose Junior Blues have won seven state titles. "We're more concerned about getting better every day and we emphasize that and we talk about that ad nauseum. That's all we talk about, but if everything else goes like that then the league should care of it itself and sub-state should take care of itself.

"But we'd rather win it than lose it, definitely.''

And Washburn Rural did lose the league title in 2020, with Seaman rallying late to knock off the Junior Blues in the league finale at Topeka High to claim the championship.

Bordewick said he didn't talk much about that last year's loss to the Vikings, but he didn't need to.

"I think I said one thing yesterday in practice: 'Remember what happened at T-High last year,' and they go, 'Yep, yep, yep,' '' Bordewick said. "The difference between this team this year and last year is that we learned and remembered that and what that felt like and we didn't want to let it happen again.''

Washburn Rural volleyball players congratulate each other after wrapping up a 2-0 night and the Centennial League title Tuesday at Seaman. [Photo by Rick Peterson/TSN]

After steamrolling the Vikings in the first set, which ended on a kill from junior Brooklyn DeLeye, Seaman battled back to take a 24-23 lead in the second set on a kill from senior Ellee Meier.

Ties at 24 and 25 followed before sophomore Jada Ingram scored on a block and DeLeye ended things with a kill.

"The good thing is I think we've learned a lot from things like that (loss) last year,'' Bordewick said. "We have this mentality where we're going to refuse to let that happen.

"I don't think we played very well, but Seaman had a lot to do with that -- they're a real scrappy bunch.''

Rural, now 20-0 overall, never was pushed by Topeka High, jumping out to an 18-4 first-set lead on the way to a 17-point win and pulling away in the second set for the 25-12 win as senior McKenna Schuler was a force at the net late.

The Trojans gave the Vikings a battle in the early stages of the first set, trailing by just a 13-9 margin, but Seaman took control at that point, outscoring the Trojans 12-3 the rest of the set.

Senior Drew Baxter and sophomores Taylin Stallbaumer and Brooklyn Gormley turned in solid performances for Seaman, but coach Tatiana Dowling said the Vikings need to put themselves in a better position at the start of a match than they did against Washburn Rural.

"They seemed flat and they seemed flustered,'' Dowling said. "They needed to come out cool, calm and collected and we played really stiff. I felt like we didn't play as stiff the second game, but it wasn't enough to take over because we just made too many errors.

"I want to see them come out ready to go on point one and not dig themselves a hole and have to come back every single game.''

Freshman Jo'Mhara Benning had some big kills for Topeka High against Seaman while junior Cierra Carranza and junior Quincy Smith also had a solid night for the Trojans. 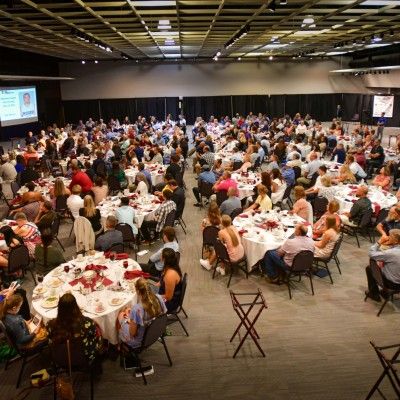