Seaman entered this past summer needing a girls tennis coach and Jamie Robinson seemed like a good fit.

But it was the Viking players who were the deciding factor in Robinson taking the job.

"I tell you what, they were practicing by themselves before I took the position, organizing and practicing among themselves, and I was so impressed with that,'' Robinson said.

"That was one of the impetuses for me to take the position because they were so disciplined and coordinated as a team. I was so impressed with them and I thought, "How can you not want to coach these girls? They have such a good attitude.' '' 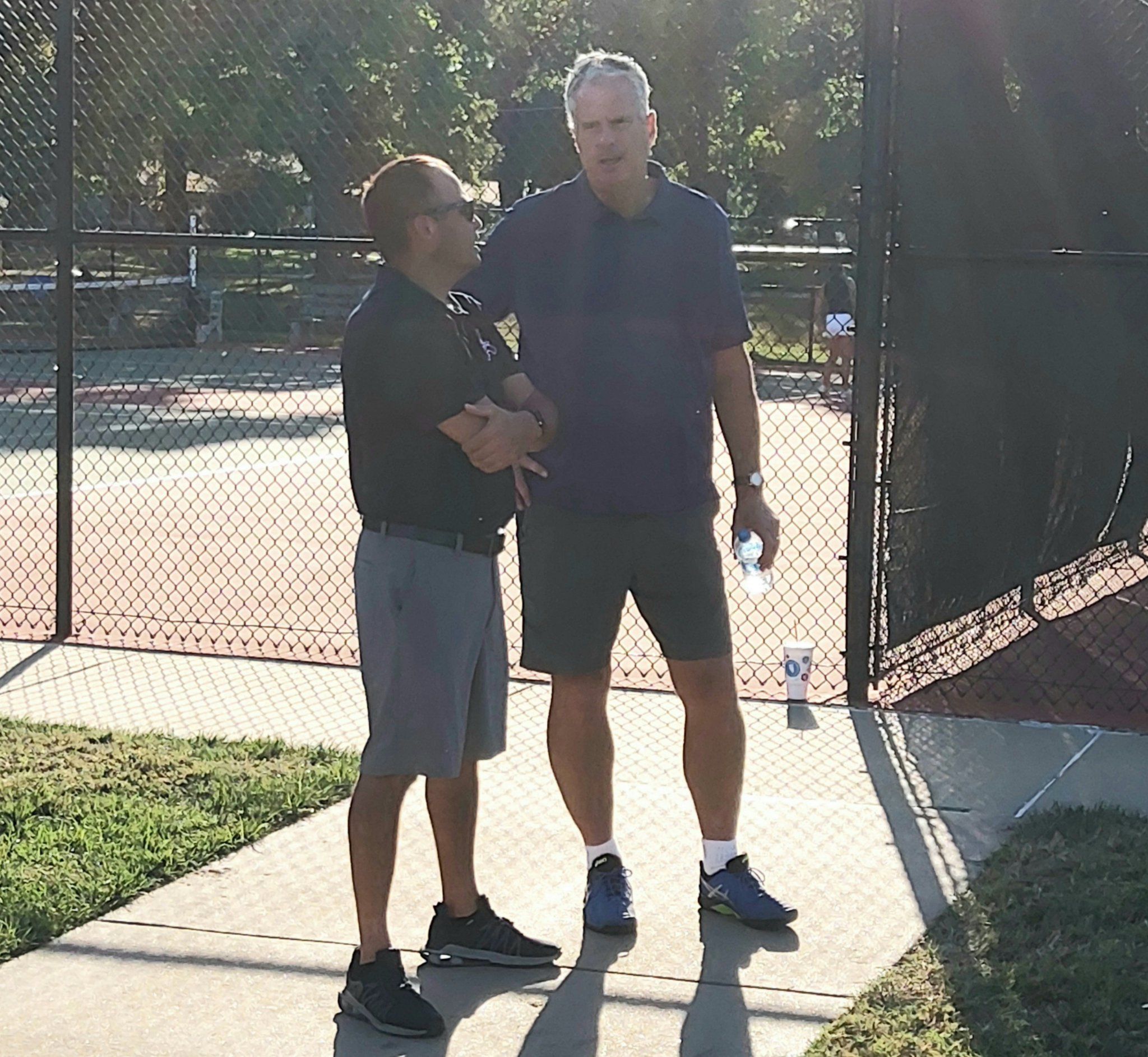 The 63-year-old Robinson, who retired from his career in medical sales at the end of 2020, took on the Seaman's boys coaching job in the spring at the urging of former Viking coach Greg Lutz before adding the girls position this fall.

"I love it,'' he said. "I'm tapping into something that I never knew about myself. It's so rewarding to see the players coming off and smiling and you're the first person they look at. Or they'll look over to see if I'm over there watching. They know, and that's cool.''

Although he's been around tennis most of his life, Robinson is a newcomer to coaching the sport.

"High school coaching definitely has a learning curve, but I've been around tennis and maybe I can give them a few nuggets on how to win a match or how to approach a match,'' Robinson said.

He also gives longtime city coaches like Kevin Hedberg of Washburn Rural, Duane Pomeroy of Topeka High and Kurt Davids of Topeka West credit for helping him settle into his coaching position.

"It's just a great group of coaches,'' Robinson said. "I had a lot of questions last spring and they were so good about helping me out.''

Seaman's girls are in the midst of a very solid season, led by the doubles team of senior Grace Unruh and junior Lauren Sweeney, who are still undefeated on the season after winning the No. 1 doubles title in Tuesday's Topeka West Invitational.

The Vikings finished second as a team in last week's city tournament, and with the Centennial League meet on tap next Monday and postseason on the near horizon, Robinson has high hopes for the Vikings.

"They're so willing to put in the work, and especially when it gets deep in tournaments it's who conditions the most and who plays the most and who focuses the most that comes out on top,'' Robinson said. "It's not rocket science.