Hayden opens 3A district play with 36-0 romp past Baldwin

There was little doubt that Hayden was going to win Friday night's Class 3A district football opener against numbers-strapped Baldwin.

After all, the Bulldogs had just 26 players on their roster, including 17 freshmen and sophomores, and came into the game 0-3 after three lopsided losses.

But Hayden coach Bill Arnold's main objective Friday was for his team to take care of business on their end, a goal the Wildcats accomplished with a solid effort in a 36-0 Homecoming romp.

The Wildcats, who improved to 3-1 overall and 1-0 in the district, scored three touchdowns on their first five offensive plays of the night to take command and scored all of their 36 points in the first half.

"I thought our kids came out and executed good,'' Arnold said. "You go back and look at it, there's still some things we can work on and continue to get better at, but they came out and they competed right off the bat.''

Due to an agreement between the two schools a running clock was used for the final three quarters-plus after Hayden opened up a 23-0 advantage with 4:13 left in the first quarter. 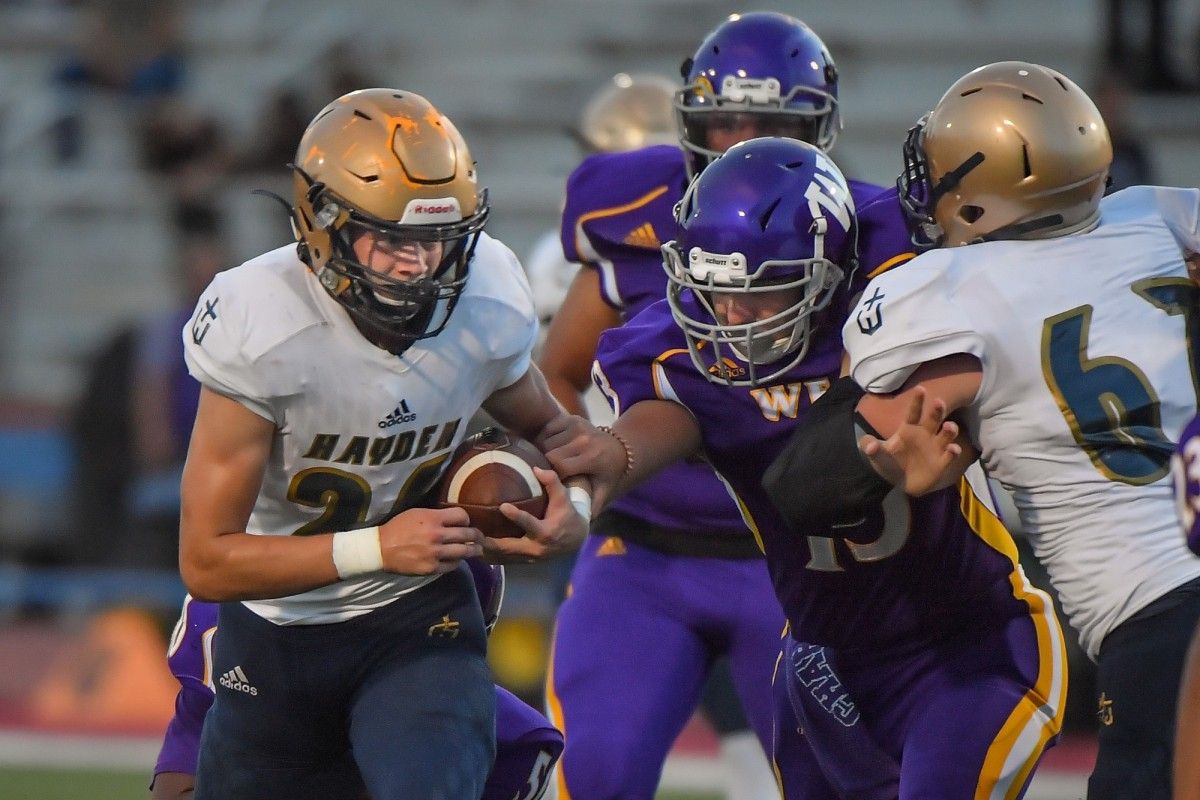 Hayden set the tone for the night when TL Thompson picked up 28 yards on the Wildcats first offensive play of the night and Jack Chisham followed that play with a 25-yard TD run. Quarterback Gavin Arnold ran the ball in for a two-point conversion and Hayden was off to the races just 36 seconds into the game.

A botched Baldwin punt snap set up the Wildcats at the Bulldog 28 for their next drive and Arnold immediately connected with Kaelin Rice for a 28-yard TD. Jensen Schrickel's extra point put Hayden in front 15-0 at the 5:56 mark of the opening quarter.

A Nolan Becker pass interception put Hayden back in business and Chisham scored his second touchdown of the night on a 13-yard run. Arnold's two-point conversion run made the score 23-0 at the 4:13 mark, putting the running clock in effect.

Thompson added a 13-yard score early in the second quarter (run failed) before junior Jameson Kennedy scored the Wildcats final TD on a 1-yard plunge with about two minutes left in the half (Schrickel kick).

Baldwin reached Hayden territory twice in the second half, but the Wildcat reserves stopped the Bulldogs to close out the shutout.

"I think what I liked more than anything tonight was that the older guys were right there at the end and they were supporting their teammates,'' Bill Arnold said.

Hayden will continue district play next Friday, traveling to Osawatomie.