It's a game Ichabod coach Craig Schurig and his team knows that it could have and perhaps should have won, but now the key for 2-1 Washburn is to bounce back with a strong effort in Saturday's 1 p.m. MIAA Family Day contest against 2-1 Missouri Western at Yager Stadium.

Washburn took a 24-21 lead on a Kameron Lake field goal with 8:34 left to go in the game, but 3-0 Nebraska-Kearney got the game-winning touchdown from quarterback TJ Davis with less than a minute remaining.

"We knew it was going to be close and we knew Kearney is good,'' Schurig said. "I felt like it was a good football game live, obviously, and then afterwards you're like, 'Man, we left some points on the field,' and that ended up costing us.

"Defensively we got them in third and long, which you wanted, and they made the plays, so your hat's off to them. It was frustrating, but you're also like, 'We've got a good team, we've got to rebound.' This conference, week-in and week-out you've got to be ready.'' Ichabod senior quarterback Mitch Schurig has completed 52 of 87 passes for 732 yards and 6 touchdowns while sophomore Taylon Peters has carried the ball 39 times for 351 yards and three TDs. Senior James Letcher Jr. has caught 14 passes for 258 yards and two scores.

The Griffons, who beat Washburn 46-21 in 2019, have won their last two games, rallying from a 28-7 deficit against Emporia State with 31 second-half points to post a 38-37 win over the Hornets. It was the second straight game the Griffons trailed at the half before coming back for the win.

Missouri Western has outscored its opponents 82-23 in the second half, including a 48-10 advantage in the third quarter.

The Griffons' opponents have outscored Western 69-24 in the first half and 38-7 in the second quarter.

All tickets for Saturday's game must be pre-purchased. There will be no walk-up ticket sales at the gate on Saturday. Tickets are available at wutickets.com. 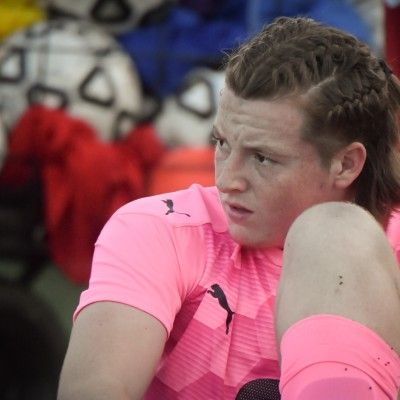