Hayden bounces back with 39-6 win over Topeka West

Coming off a three-touchdown loss to rival Seaman, Hayden was looking for a bounce-back performance Friday night night against Topeka West.

And although the night didn't necessarily start like the Wildcats wanted, Hayden got what it was looking for, scoring 39 unanswered points to take a 39-6 win at Hummer Sports Park.

Hayden turned the ball over on downs at the West 3-yard-line to end its first offensive possession and the Chargers struck for a 97-yard touchdown on a pass from junior quarterback Malachi Berg to junior Tyrell Reed to take a 6-0 lead at the 6:10 mark of the first quarter (conversion run failed).

But the rest of the night belonged to the 2-1 Wildcats, who tied the game with 2:11 left in the opening quarter, put the Chargers away with 26 second-quarter points before adding a final TD in the third. "Our coach (Bill Arnold) was kind of disappointed in us last week because he thought we quit,'' said Hayden senior Jack Chisham, who rushed for 182 yards on 14 carries, scoring on runs of 2 and 69 yards. "We wanted to show him that we can come back from a deficit and take control of the game.''

Arnold admitted that he was disappointed with the way the Wildcats finished the Seaman game (a 35-14 loss after the game was tied 7-7), but thought his team made a lot of strides Friday night.

"It was a rough week at practice,'' Arnold said. "I didn't feel like we finished the game off very well last week at all and we had to kind of get back to what Hayden tradition is about. I thought the kids came out tonight and executed.

"We competed. We're a long way away from mistake-free football, but I did like our physicality tonight.''

After Reed gave 1-2 West its early lead, Hayden bounced back on its next drive to tie the game on a 26-yard touchdown pass from senior quarterback Gavin Arnold to freshman Jensen Schrickel (pass failed). 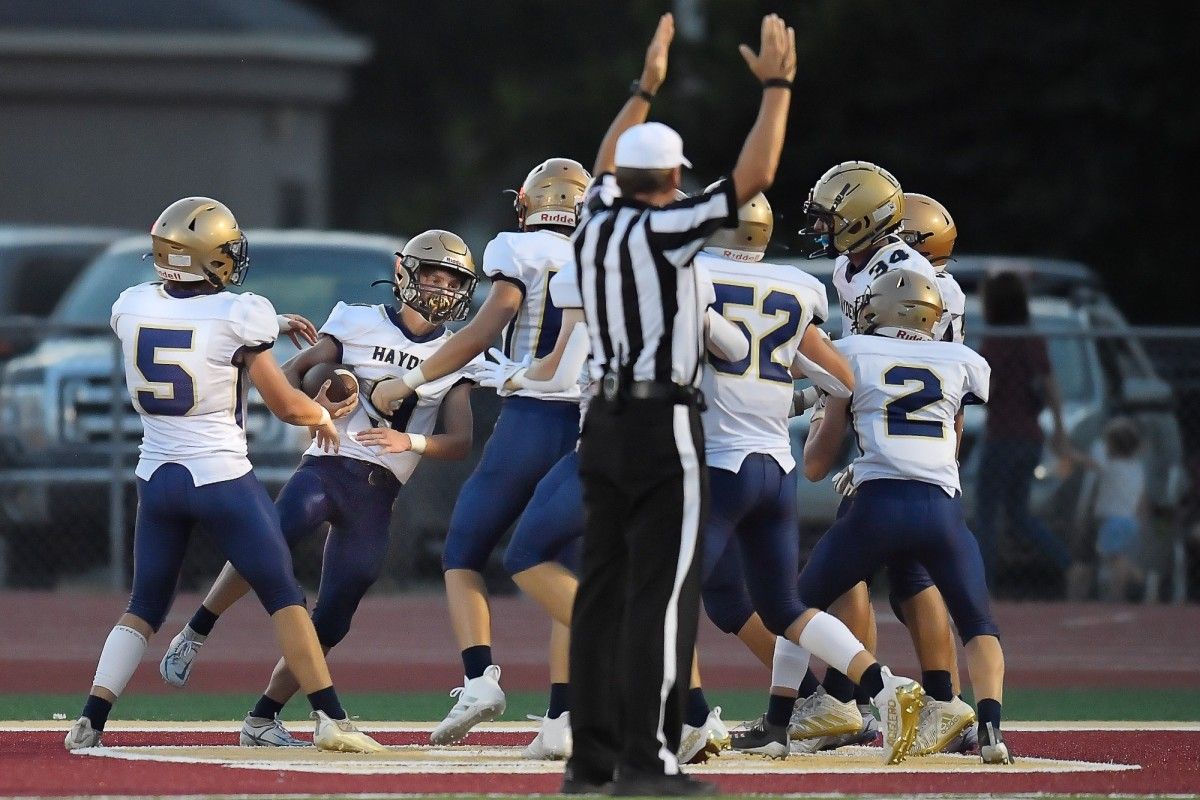 Chisham put Hayden ahead to stay with a 2-yard scoring run at the 9:21 mark of the second quarter and he broke loose for a 69-yard TD to give the Wildcats an 18-6 advantage with 7:40 left in the half (pass failed).

The Wildcats added a 12-yard scoring run from junior JC Cummings (pass failed) and closed out the half with a 6-yard touchdown run and a 2-point conversion from junior Ethan Florence to take a commanding 32-6 advantage with 39.7 seconds left in the half.

Hayden added its final score on an 18-yard TD pass from Arnold to senior TL Thompson (Schrickel kick) at the 8:34 mark of the third quarter.

Arnold completed 9 of 13 passes on the night for 95 yards and two TDs. 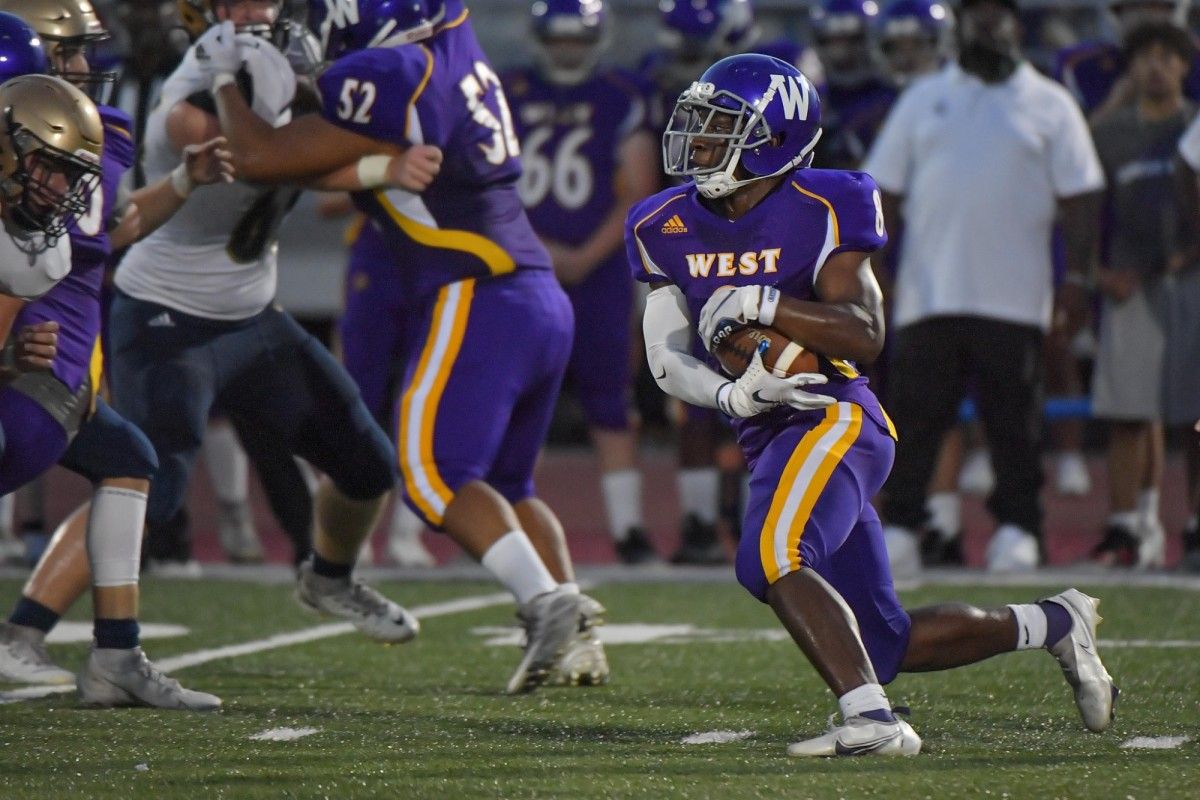 West's Reed caught four passes for 118 yards and the Chargers' lone TD while Berg passed for 170 yards on an 11 of 23 performance.