A player scoring three goals in a game is normally a rare accomplishment in high school soccer.

For Washburn Rural standout Porter Schafersman, hat tricks are starting to become just another night at the office.

Schafersman, a senior captain, recorded his third straight three-goal game Thursday night at McElroy Field, leading the way as the Junior Blues improved to a perfect 6-0 on the season with a 5-0 Centennial League victory over Hayden. 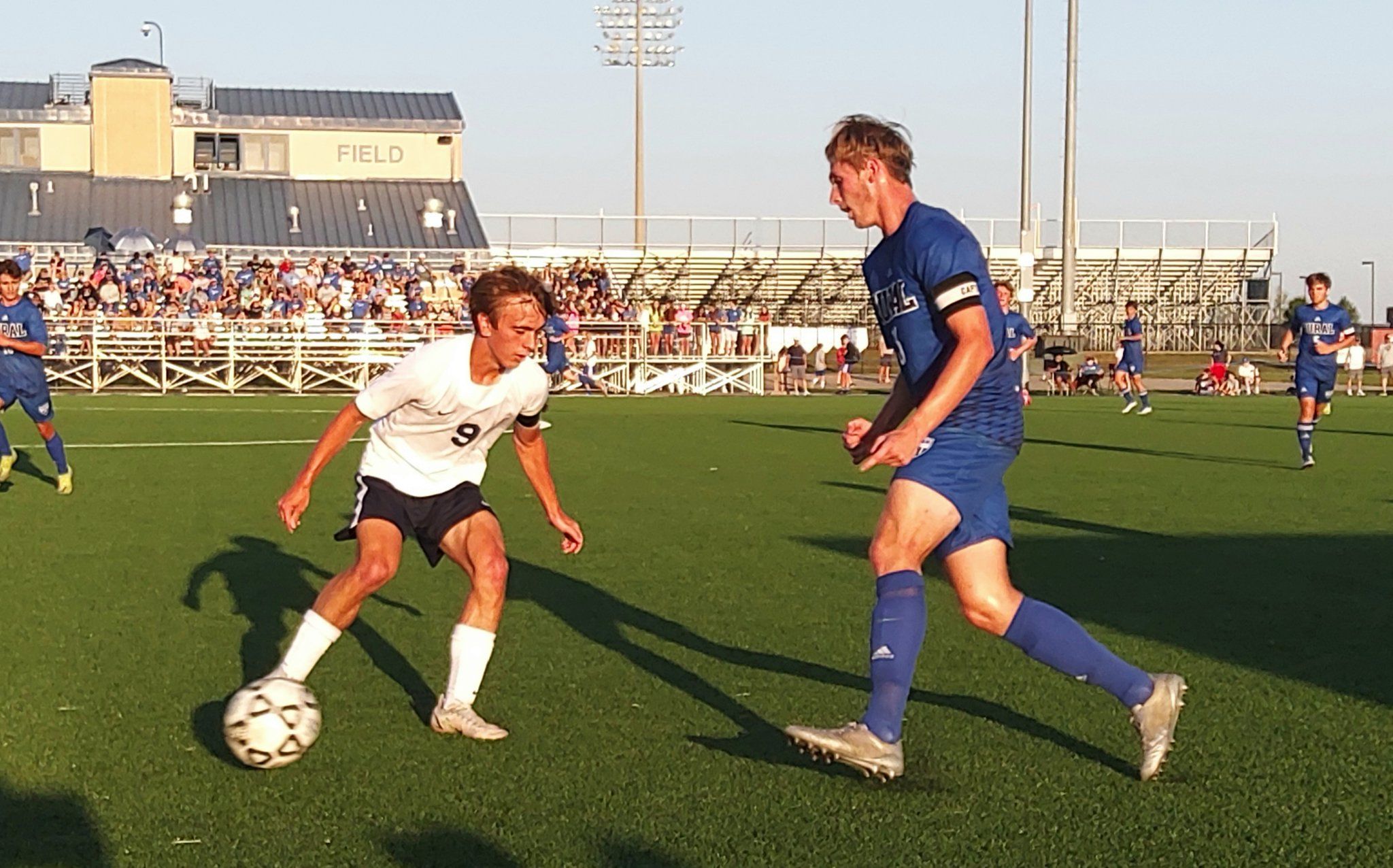 Schafersman scored off corner kicks from senior Ashton Rake and sophomore Devon Rutschmann and also converted a penalty kick, all in the second half, as the Junior Blues broke open a tight game with four goals after halftime.

"I feel like we all know each other very well and we're comfortable with each other and we trust each other on the ball,'' Schafersman said.

And while Schafersman doesn't want to make a big deal of his goal-scoring flurry, he's definitely enjoying himself.

"It puts me in a good mood,'' Schafersman said. "I'm just happy we came out with the win.''

Hayden, which fell to 2-3, was still very much in the hunt at halftime, trailing 1-0 on a Rural goal from sophomore Benett Hallauer at the 22:04 mark of the opening half (Rutschmann assist), but the Junior Blues put the game away with three goals over the first 6:38 of the second half. 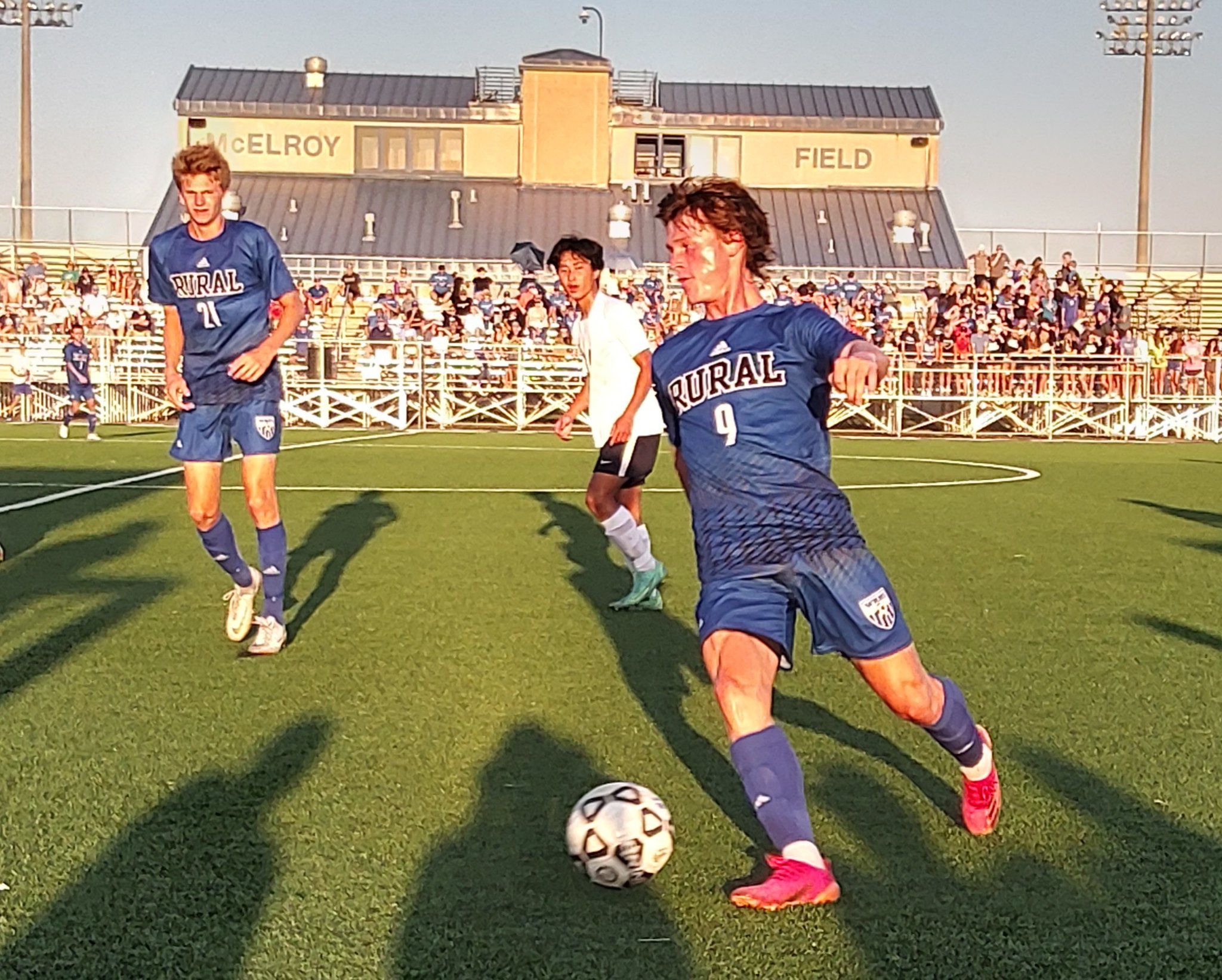 Schafersman scored back-to-back goals to put Rural in front 3-0 with 34:01 remaining and then senior Joe Morse scored at the 33:22 mark off an assist from junior Easton Bradstreet before Schafersman added his third goal on a penalty kick with 7:30 left.

"We were doing lots of nice things (in the first half), but it felt like we were doing it at about an 80-percent pace,'' Rural coach Brian Hensyel said. "We have very athletic guys, we're fast, so don't play at a slower pace. Let's really put pressure on people. We were doing a lot of the same things (in the second half), we just really had the energy, an A-plus kind of energy.

"Hayden always does a great job. They have a great keeper (senior Gabe Rankey) and they're always very organized. No. 3 on top (junior Jake Muller) is a good player.''

Senior Wyatt Arnold picked up his fourth shutout of the season in goal for the Junior Blues.