WU's Brown thankful to be back in hometown, back on football field

When he graduated from Shawnee Heights in 2019 after being a three-sport standout for the T-Birds, Tyce Brown temporarily gave up football to head to Cincinnati and concentrate on a Division I baseball career at Xavier University.

But the lure to return to the football field and the chance to be a two-sport athlete in his hometown was too good for Brown to pass up. 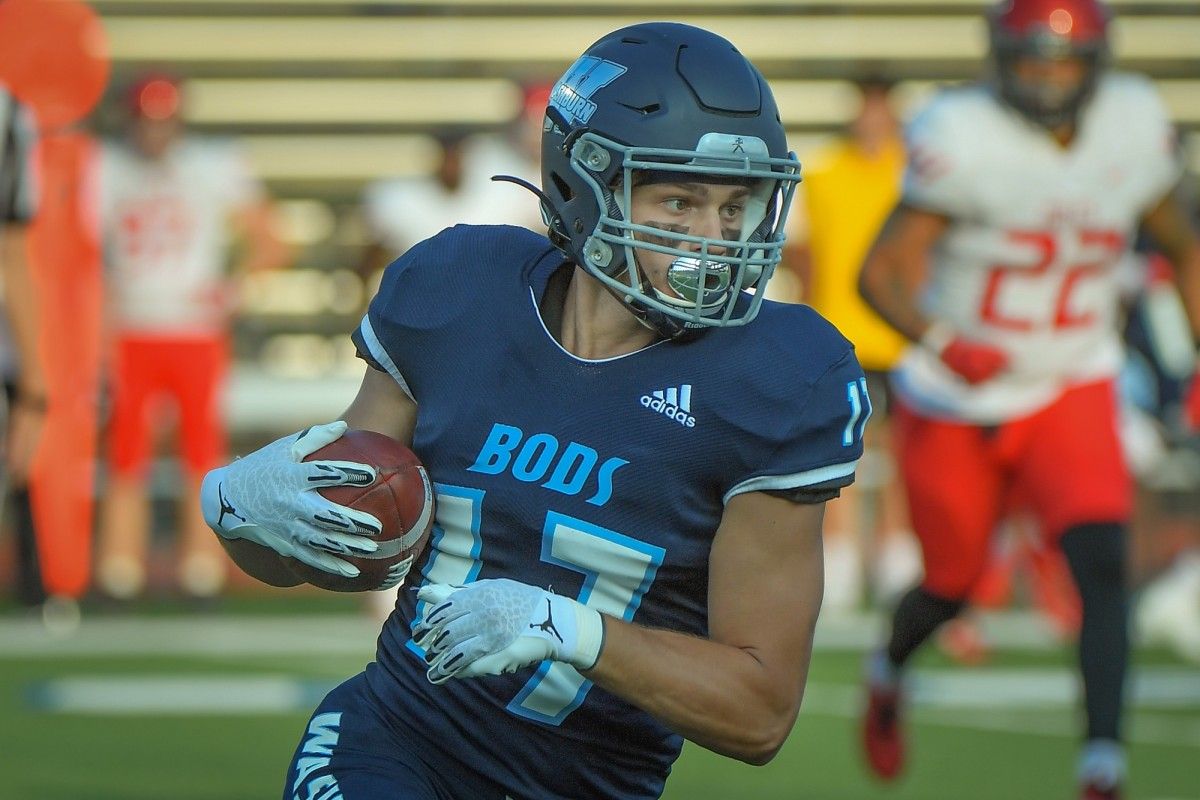 "I liked (Cincinnati),'' Brown said. "It was a great town and I liked all my teammates and it was a great atmosphere. I kind of just missed football and wanted to come back and get a chance to do that again.

"I talked to my parents about it and I kept watching some high school games and I was like, 'Yeah, I miss that.' I also talked to my high school coach (Jason Swift). We had multiple conversations and he was very helpful to the process, just thinking things through and making sure this was the right decision and making sure this was what I really wanted and not just an impulse decision. I'm glad he was there to do that for me.''

The fact that Washburn football coach Craig Schurig and Ichabod baseball coach Harley Douglas would allow him to play both sports was also a key factor in his decision to transfer.

"That was huge, the fact that both coaches are willing to work with me and willing to let me miss some time and still play,'' Brown said. "I think I can help both teams and I'm glad I get the opportunity to do that. That was a big factor and I'm glad they let me do that.''

The 6-foot, 185-pound Brown, who has four years of eligibility remaining in both sports, joined the Ichabod football team for fall practice in the COVID-canceled '20 season, initially playing defensive back before switching to wide receiver this season.

"I made the switch this summer and I put in the work with Mitch (Schurig, senior quarterback) and Jace (Williams, senior receiver) and they helped me a lot,'' Brown said. "We worked on the playbook and that helped me learn and get a grasp on everything, so when camp rolled around I was ready and wasn't behind. I was up to speed.''

The position switch has paid early dividends for both Brown and the Ichabods, with Brown seeing action in both games for 2-0 WU, catching four passes for 28 yards.

"I definitely didn't expect to be thrown in the fire but I'm ready when my number is called,'' Brown said. "I didn't even know I was going to get the start, actually. Jace was hurting right before the game and was he was out so they called my number.''

Brown comes from a big sports family, with older brown Trey a senior basketball player for MidAmerica Nazarene and younger sister Tatum a freshman softball player at South Dakota, and said that being back in Topeka suits him.

"I'm a big family guy,'' he said. "Me and my brother and sister and my parents are all close and I enjoy being back here at home with my family and friends.

"This just feels like home. The coaches here brought me in and made me welcome, and all my teammates have made me feel welcome. I'm thankful for them welcoming me like that. It's going great and I'm definitely enjoying my time here.''