Topeka High tennis standouts Haley Carpenter and Adisyn Caryl experienced success in their first year as doubles partners last season, including an appearance in the Class 6A state tournament.

But Carpenter and Caryl have stepped up their game this fall, including the No. 1 doubles championship in Wednesday's Topeka Invitational at Kossover Tennis Center as the Trojans captured the team title by a 30-29 margin over Olathe East. 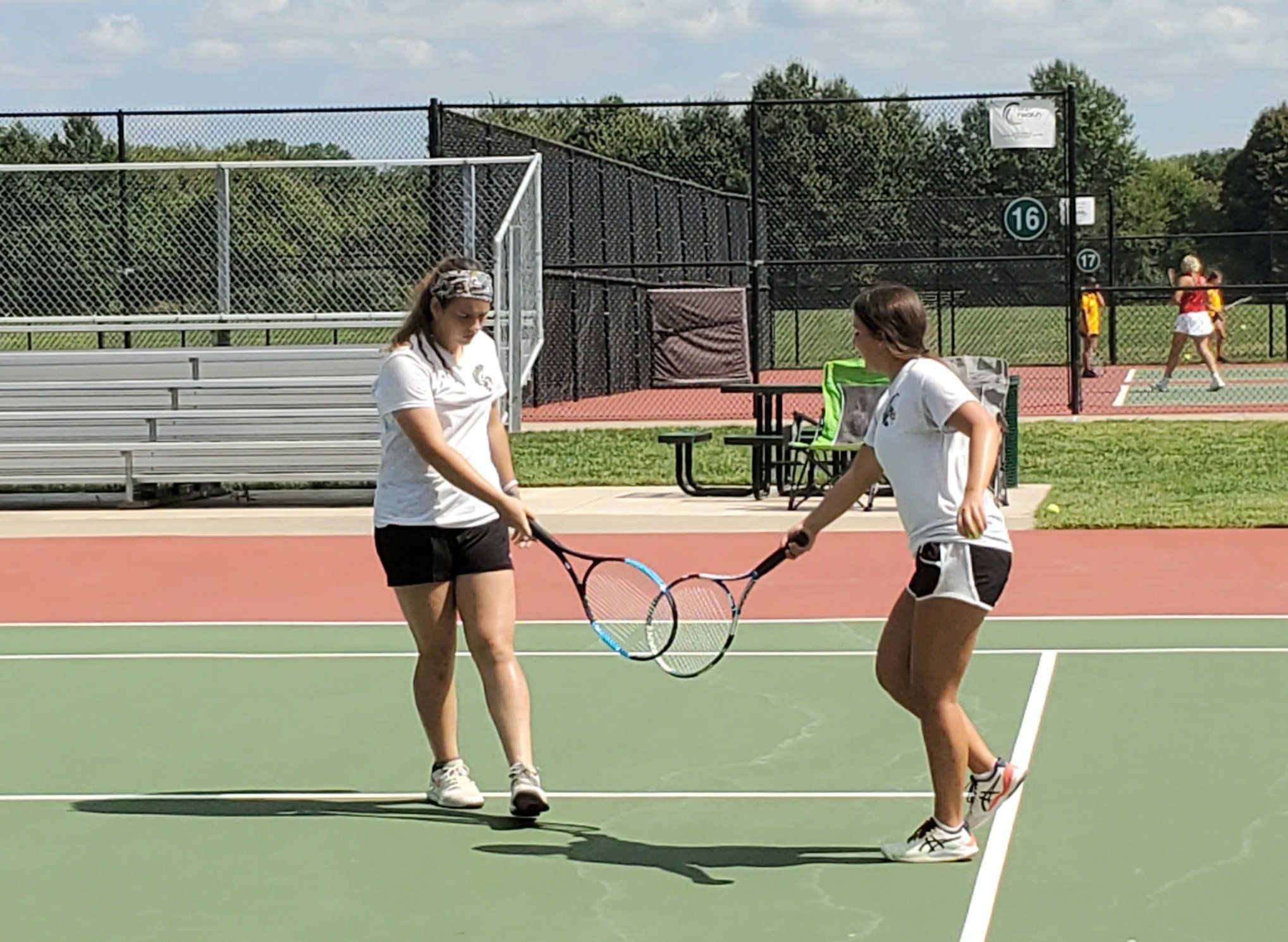 Carpenter and Caryl went a perfect 4-0 in Wednesday's tournament, including a 6-2, 7-5 decision over Olathe East in the doubles championship match to improve to 13-1 on the season.

"They're much more in sync with each other because they just played half a year together last year,'' Topeka High coach Duane Pomeroy said. "Adisyn has been our top player, but she likes doubles over singles, and Haley is the one that's really improved from last year to this year so she's on par with Adisyn and when one is struggling most of the time the other one picks them up.'' 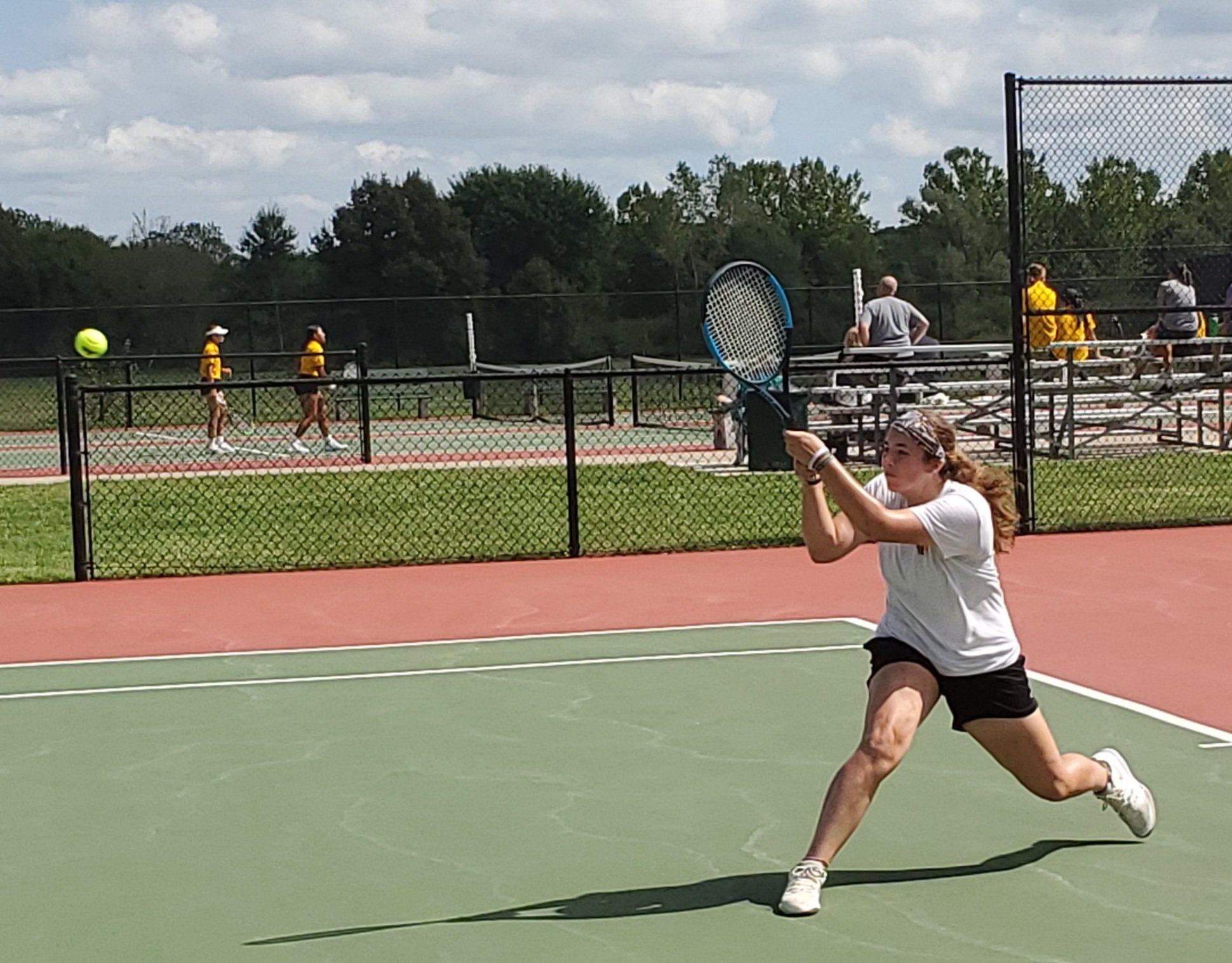 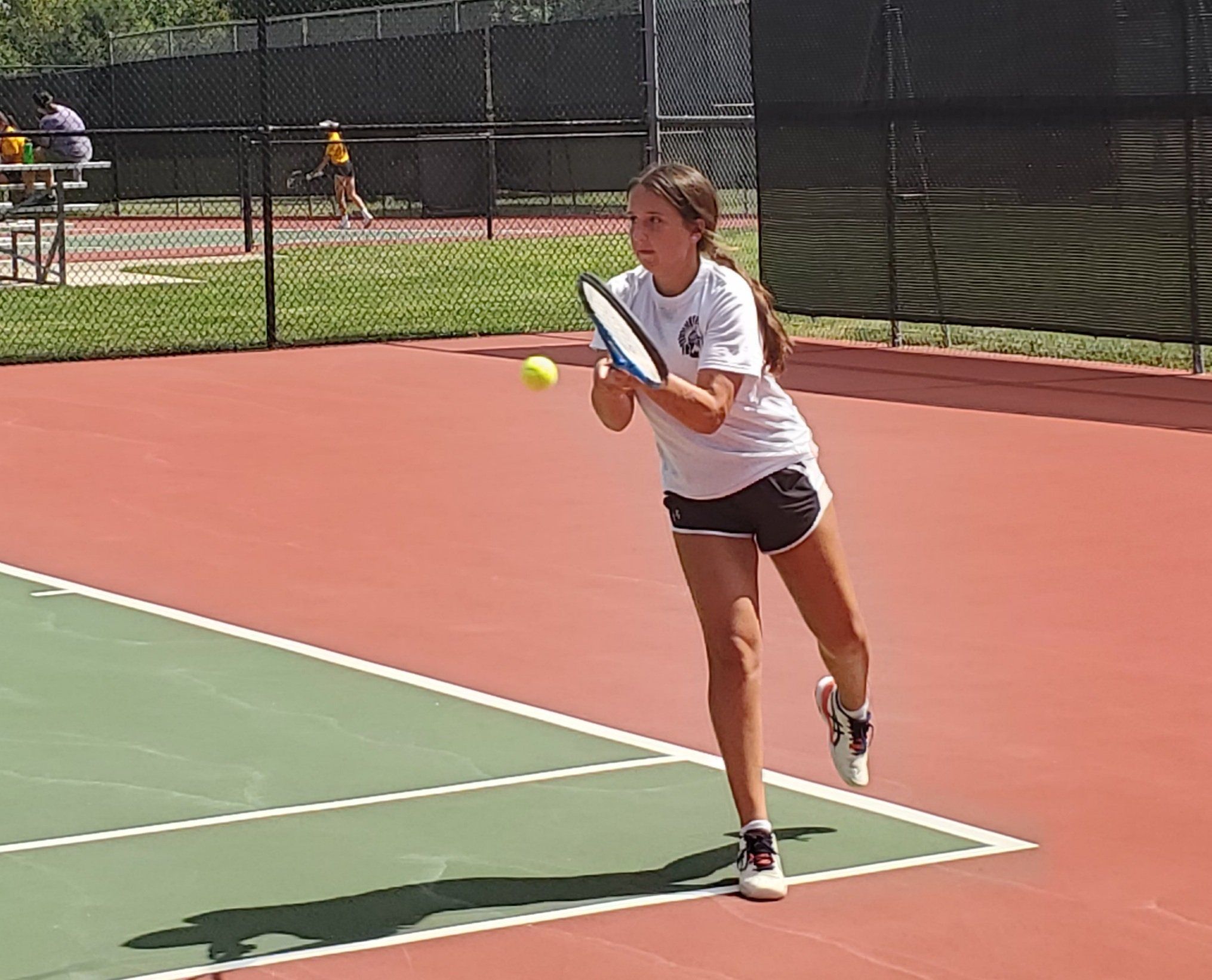 Caryl agreed with her coach that this fall is going very well for the Trojan doubles team.

"This year we started off and just did really well and every single tournament or quad we just keep getting better and better,'' Caryl said.

"It's a lot better this year,'' Carpenter agreed. "We know what (other teams) are going to do and we can trust each other a lot more this year so that's really nice.''

After taking a decisive win in the first set against Olathe East in Wednesday's championship matc, Topeka High fell behind in the second set before rallying for the win.

"I think for us it was all about determination,'' Caryl said.

"We were really tired and we just had a lot of trouble when they were serving and kind of got down, but it was OK because we got back on track and still won,'' she said.

Topeka High also got a championship from McCall Beall, who claimed the No. 2 singles crown with a 6-2, 6-4 win over Lawrence, while the No. 2 doubles team of Aleshia Alvarez and Keira Trupp finished second and No. 1 singles player Mary Dietrick finished fourth.

"It's been real good,'' Pomeroy said. "We competed. And to get two championships and pull out the team title is great.''