So even though Rural rolled to straight-set Centennial League victories over Hayden (25-18, 25-10) and Topeka West (25-5, 25-17) Tuesday night at Hayden, Bordewick won't have a shortage of things to talk to his team about when the Junior Blues return to practice on Wednesday.

"I don't think we were as focused as we needed to be in several areas and we are going to have some re-focusing to do tomorrow,'' said Bordewick, whose team improved to 10-0 overall and 4-0 in the league. "It doesn't matter who you play, you're keeping score as competing, so let's compete.

"I will give a lot of credit to T-West and Hayden. I thought those guys played really well in at least one of those sets against us.'' 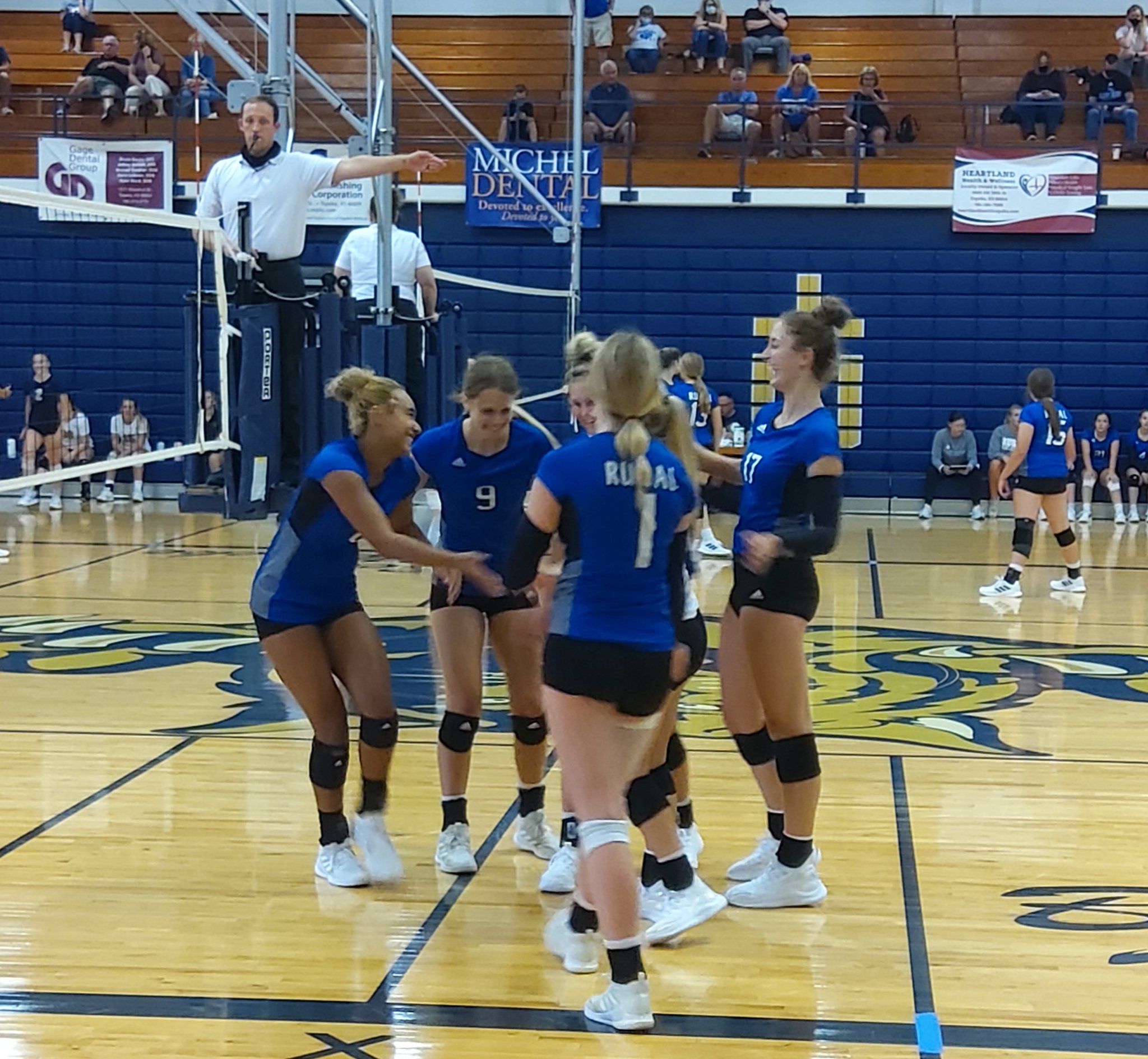 Washburn Rural celebrates a point during Tuesday's Centennial League triangular at Hayden. The Junior Blues took straight-set wins over Hayden and Topeka West to improve to 10-0. [Photo by Rick Peterson/TSN]

Washburn Rural, which has a huge matchup with defending Class 6A champion Blue Valley West looming on Thursday, got off to a slow start against Hayden, trailing 12-9 and tied 13-13 before taking control late in its 25-18 win.

Sophomore Jada Ingram had a successful service run for the Junior Blues and ended the first set with a kill.

The second set against the Wildcats was all Rural, with the Junior Blues jumping out in front 10-2 and 19-5 on the way to the 15-point victory.

Washburn Rural also dominated its first set against Topeka West, opening up leads of 10-0, 15-1 and 22-4 on the way to its 25-5 win as juniors Brooklyn DeLeye and Taylor Russell and Ingram dominated things at the net.

Topeka West played much better in the second set, particularly early, before the Junior Blues opened up a 22-12 lead on a Russell service ace.

The Chargers cut Rural's lead to 24-17 on kills from juniors MaKinsey Jones and Malayah Henderson before Rural closed out the match.

The Hayden-Topeka West match was the closest of the night, with the Wildcats eeking out a 25-23, 25-22 victory. 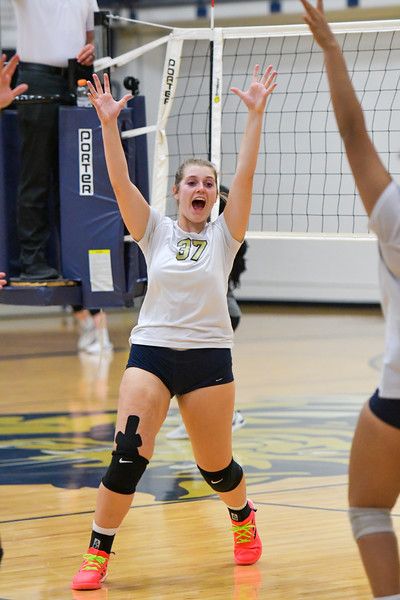 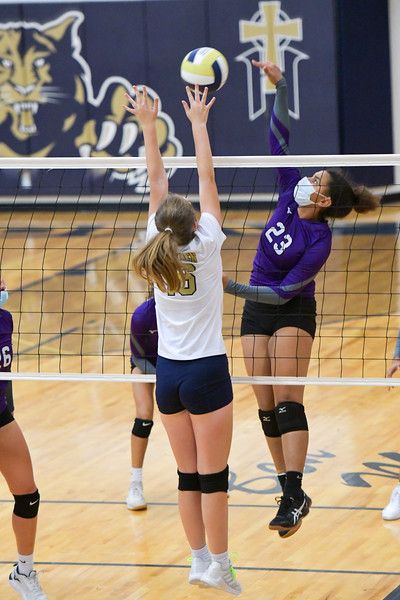 The set was also tied at 23-all before Hayden ended the set with two straight points.

Hayden built a second-set advantage of 15-8 and went up 17-10 on a kill from senior Jadyn Paige Falley before West battled all the way back to take a 22-21 lead.

The Wildcats closed out the win with four straight points, scoring the final two points on an ace and a kill from sophomore Reagan Huscher.

"I'm just worried about progressing until we get to sub-state,'' Hayden coach Jim Davis said. "We had some good play tonight from some of our underclassmen, which I was very happy with.''