Washburn University sophomore place-kicker Kameron Lake has been named the MIAA Special Teams Athlete of the Week after his performance in the Ichabods' 29-10 win over Central Missouri last Thursday.

A former Free State standout, Lake went 3 of 4 on field goal attempts against Central Missouri, connecting from distances of 32, 39 and a career-long 48 yards. 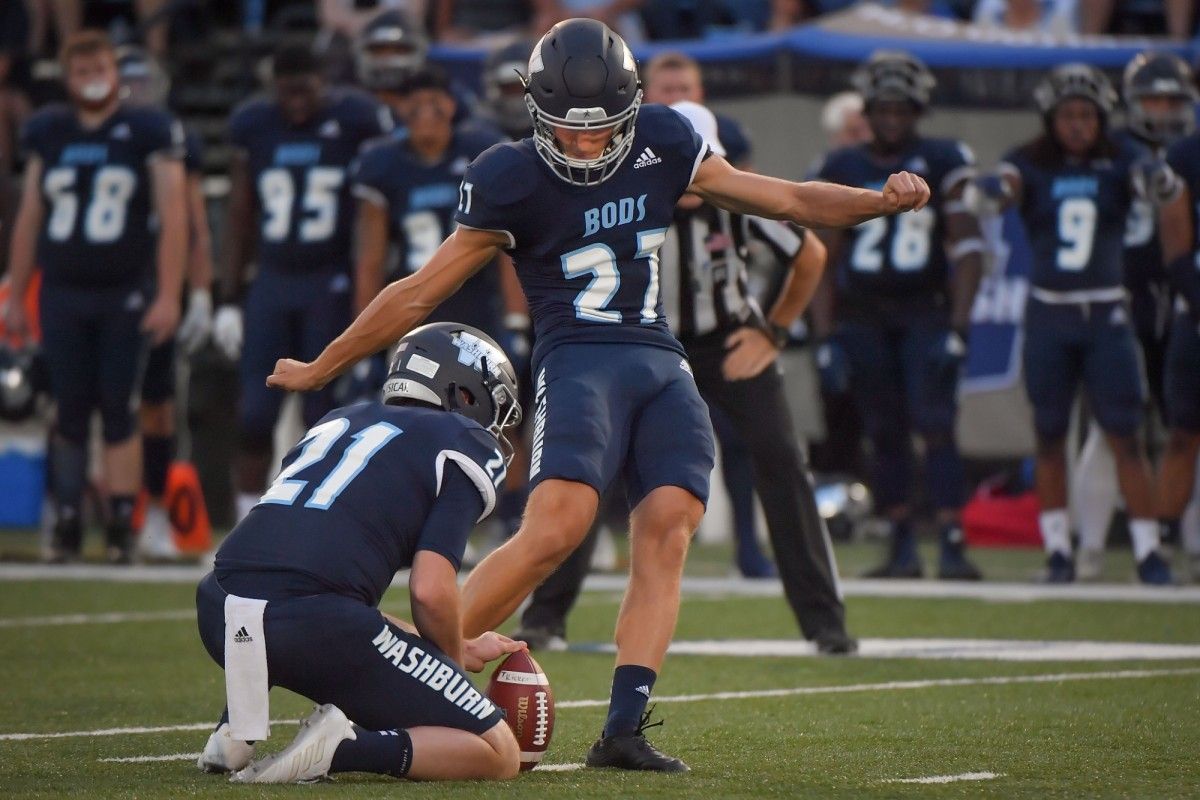 Washburn sophomore kicker Kameron Lake has been named the MIAA Special Teams Athlete of the Week. [Photo by Rex Wolf/TSN]

Lake's 48-yard field goal is tied for eighth on the Ichabod distance. He also averaged 64.1 yards per kickoff with three touchbacks in seven attempts and was two for two on extra points.The Ichabods will be back in action Saturday when they travel to Nebraska-Kearney, which moved up to No. 23 in this week's AFCA Coaches Poll. The Ichabods are receiving votes just outside of the top 25.