WAMEGO -- Coach Jared Goehring will be looking for lower numbers moving forward as his Washburn Rural girls golf team closes in on postseason.

But given Tuesday's hot, windy conditions at Wamego Country Club, Goehring was happy to take a 15-stroke victory in Rural's invitational tournament and move on.

"We had some consistent numbers and today's conditions were tough,'' Goehring said. "This golf course was a great challenge to these ladies and I thought the middle of our lineup handled it the best today.'' 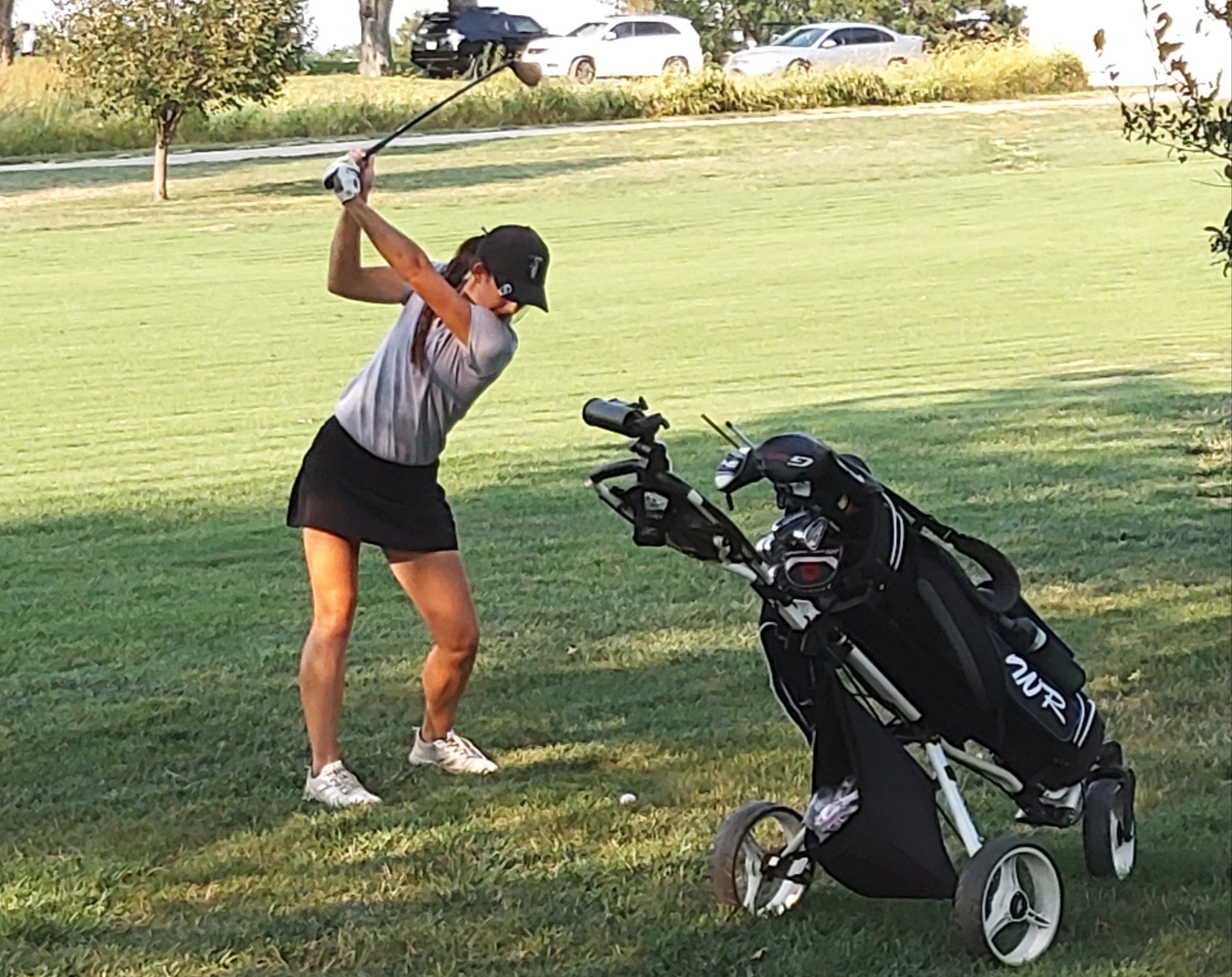 Washburn Rural senior Aliyah North tied for sixth Tuesday at Wamego Country Club with an 82, leading the Junior Blues to a 15-stroke win in their invitational tournament. [Photo by Rick Peterson/TSN]

Senior Aliyah North tied for sixth with an 82 to lead the balanced Junior Blues, who had four players in the 80s to finish with a four-person team score of 335 to easily out-distance two-time defending Class 6A state champion Shawnee Mission East.

Juniors Avery Scott and Mallory Nelson shot 83s and were part of a three-way tie for eighth place while senior McKenna Merrick shot an 87 to round out the Junior Blues' top four. Senior Kaitlyn Crough added a 90 and sophomore Raegan Petersen a 91 for Rural.

"A goal of ours is to win our home invitational and shooting in the mid-330s out here today was a great team score, so I'm proud of them.,'' Goehring said. 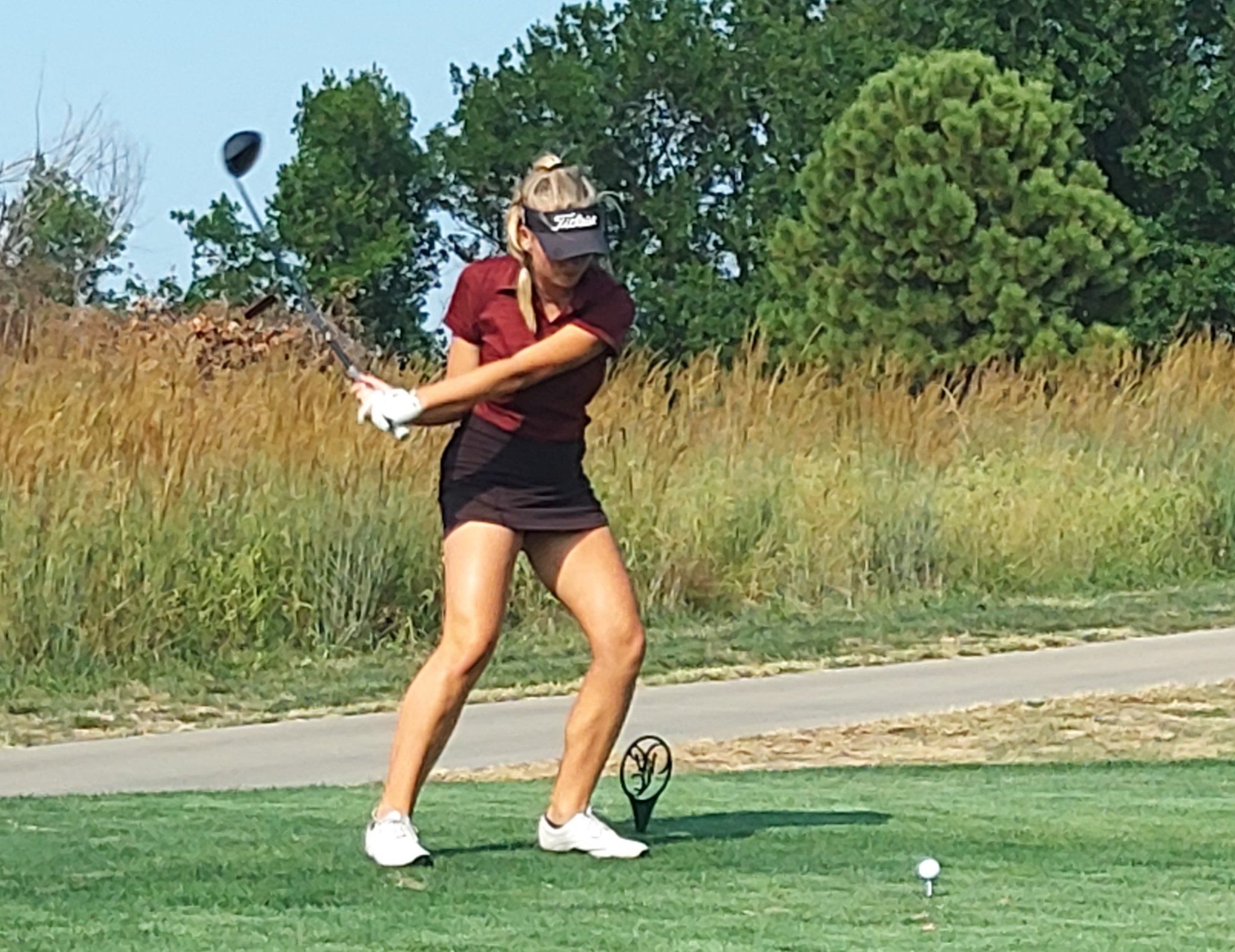 Seaman junior Lois Deeter was part of the three-way tie for eighth place with an 83 while sophomore Avery Zimmerman led Topeka High with a 101 and senior Olivia Morgan led Shawnee Heights with a 102.