The No. 8-ranked Washburn University volleyball team capped a 4-0 run in the Washburn Invitational with a 3-1 win over No. 15 Northern State Saturday at Lee Arena. 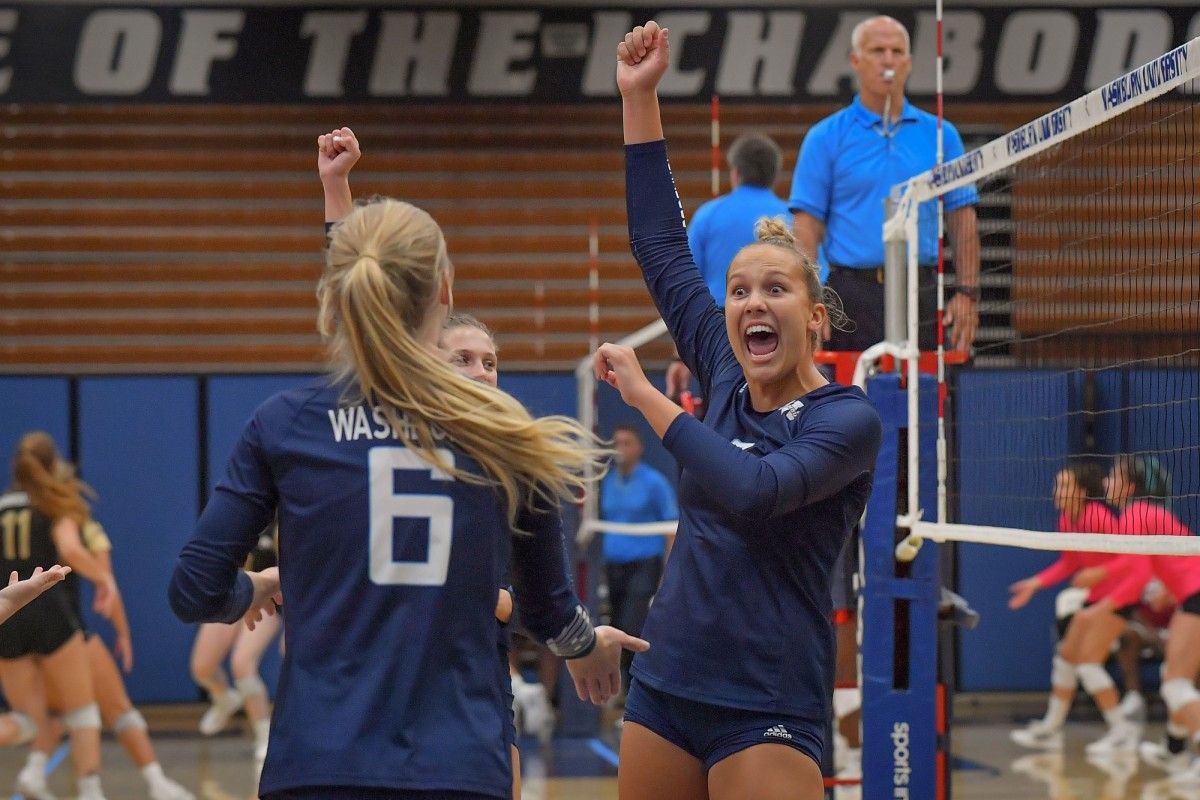 The win over Northern State capped a stretch of five matches in three days, with WU playing a regular-season match against Cameron on Thursday before opening tournament play with wins over Colorado-Colorado Springs and No. 19 Harding on Friday.

The third-set loss to the Wolves was one of just two sets the Ichabods dropped in their season-opening five matches.

"I'm very happy,'' Washburn coach Chris Herron said. "I thought we played really, really well against (Northern State) in the first two sets especially. We just got in one rotation twice where we couldn't get out of it and they took advantage of that in the third set and that was the difference in that set, but overall we played really well.''

"We did a lot of nice things, so I'm extremely happy.''

"We love to play,'' Maxwell said. "Practice is definitely a vital part of it all, but it was really nice to play and this was a great weekend for us. I'm really happy with our performance.'' 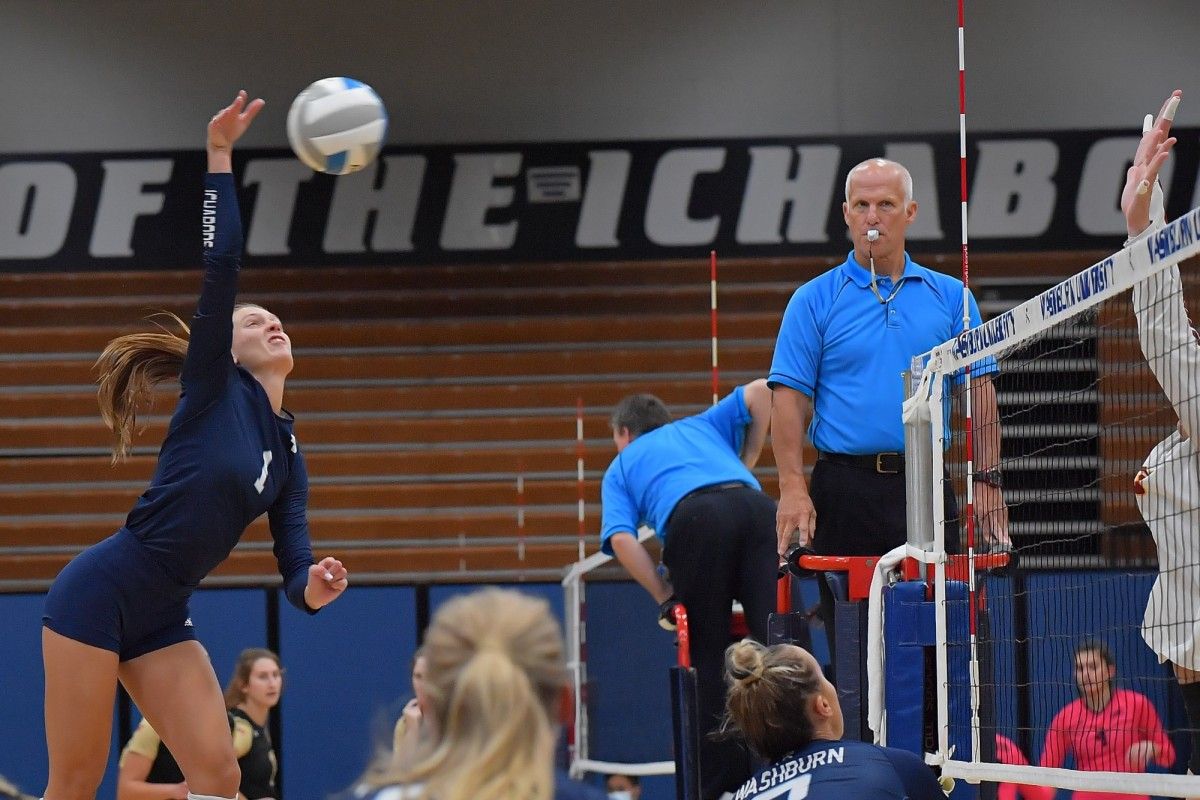 Washburn senior Genna Berg was named the most valuable player in the Washburn Invitational after helping lead the Ichabods to a perfect 4-0 record in the tournament. [Photo by Rex Wolf/TSN]

Maxwell was one of four Ichabods that earned post-tournament recognition, with Maxwell and senior teammates Kelsey Gordon and Faith Rottinghaus named to the all-tournament team while Washburn senior Genna Berg was named the tournament's most valuable player.

Berg contributed 19 kills and eight digs in the win over Northern State.

Washburn jumped out to a 12-4 first-set lead against Northern State on a kill from freshman Jalyn Stevenson and the Wolves got no closer than four points the rest of the set, with a kill from Maxwell closing out the 11-point win.

The Ichabods jumped out to 15-5 lead in the second set and went up 17-7 on a kill from Sydney Fitzgibbons and 20-11 on a kill from freshman Payton Van Veen and Northern State got no closer than seven points the remainder of the set.

Washburn had a set point at 25-24 in the third set to close out the sweep, but the Wolves scored three straight to take the 27-25 victory and force a fourth set.

Northern State led early in the fourth set, but Washburn took the lead for good on a Maxwell kill and Berg, senior Taylor Antonowich and Fitzgibbons followed with kills to put WU in front, 10-6.

Back to back kills from Fitzgibbons put Washburn up 23-16 and the Ichabods went on to close out the five-point win.