Cair Paravel Latin got its 2021 football season off to a rousing start, riding a dominating second half to a 60-14 victory over Kansas City East Christian Academy at Highland Park.

The Lions led by just a 14-8 margin at the end of the first quarter and 22-14 at halftime before outscoring KC East 32-0 in the third quarter and 38-0 in the second half.

Cair Paravel senior quarterback Carter Brian completed 15 of 16 pass attempts for 298 yards and five touchdowns while senior Noah Hastert had six catches for 132 yards and three touchdowns and sophomore Evan Will had four catches for 78 yards.

Senior Max Colombo was the Lions' leading rusher with 50 yards and a touchdown on just two attempts and Colombo also registered a team-high five tackles.

Sophomore Jesiah Bonura picked off two passes for the Lions, who were 5-5 in 2020.

ROSSVILLE 38, CENTRALIA 0 -- The defending Class 2A state champions got the '21 season off to impressive start, riding an outstanding night from senior star quarterback Torrey Horak to a 38-0 shutout over traditional state stalwart Centralia.

Horak rushed for 211 yards and two touchdowns on 16 carries and completed eight of 15 pass attempts for 77 yards and a TD.

Senior Corey Catron rushed for 98 yards and two TDs on 14 attempts while senior Tagen Kippes caught four passes for 45 yards and a touchdown.

Rossville opened up a commanding 28-0 halftime lead and tacked on 10 more points in the third quarter to account for the final margin.

SILVER LAKE 34, ROCK CREEK 28 -- Perennial state power Silver Lake, which has won eight state championships, survived a tough test from Rock Creek to open its season with a 34-28 win over the Mustangs.

LEAVENWORTH 20, SHAWNEE HEIGHTS 13 -- Host Shawnee Heights was in the game until the end, but fell to United Kansas Conference foe Leavenworth 20-13 in its season-opener at Wetter field. 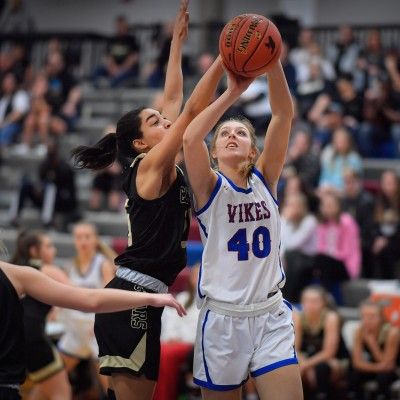