You can usually expect a couple of strange plays in a season-opener, but weird was almost the norm in Friday night's Washburn Rural-Topeka West Centennial League football game at Hummer Sports Park.

Early in the game Topeka West had a pick six wiped out by a penalty while Washburn Rural set up one touchdown off a blocked field goal attempt and scored another TD when a pass bounced off one Junior Blue into the hands of a Rural teammate.

And the weirdness continued to the very end, with Topeka West scoring its lone points of the night after the clock ran out in the fourth quarter.

But when all was said and done, Washburn Rural achieved its opening-night goal, rolling to a 45-6 win over the Chargers.

"Some of us oldtime coaches, like coach (Steve) Lincoln and I, were looking at each other on the sideline like, 'Did that really just happen?' '' Rural coach Steve Buhler said. "It was some strange football.'' 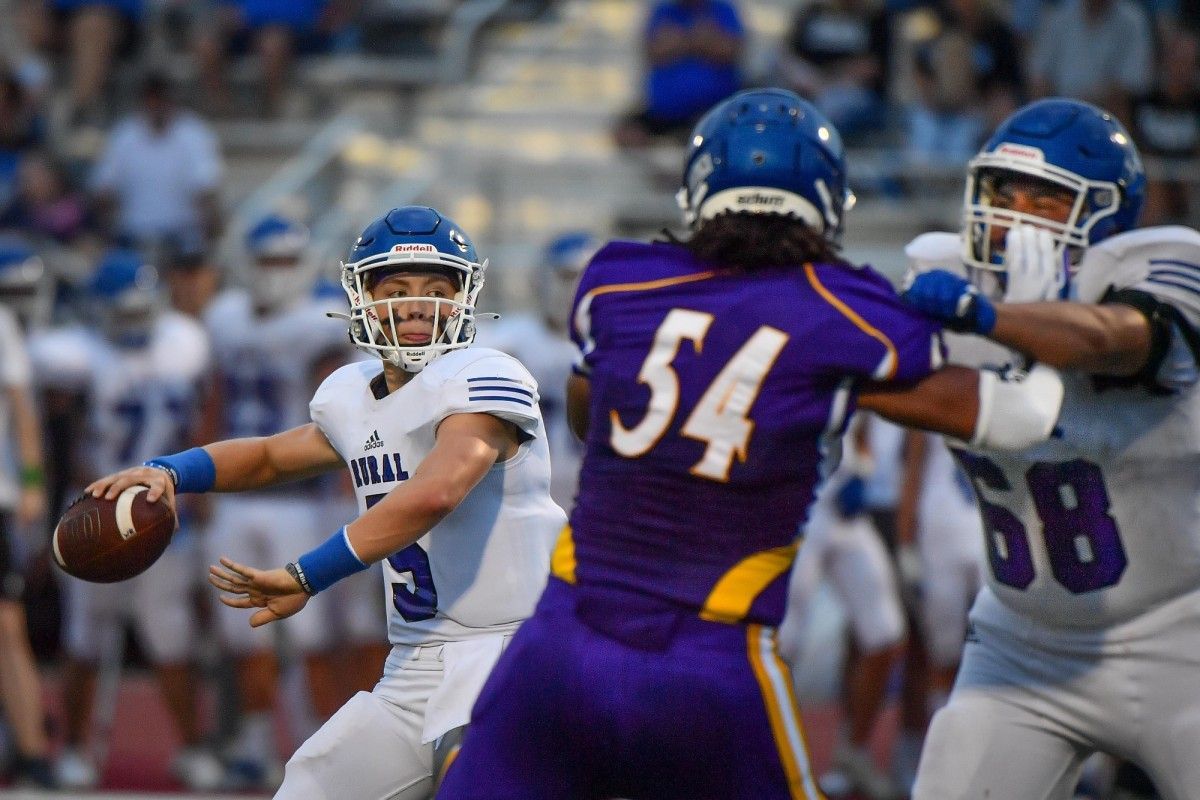 But Buhler also saw a lot of positives that the Junior Blues can take from the opener.

"The thing I was most happy about was our effort,'' Buhler said. "That probably was one of the best defensive efforts we've had in a long time here and it was because of the hustle.

"There were the weird plays, but we made plays on both sides from kids just hustling and playing hard and putting themselves in a position where those kind of things actually happen.''

Sophomore quarterback Branton DeWeese completed 15 of 22 passes for 205 yards and four touchdowns while junior Amr Sabbarini had five catches for 66 yards and a pair of TDs, including a 44-yard score off a deflection. 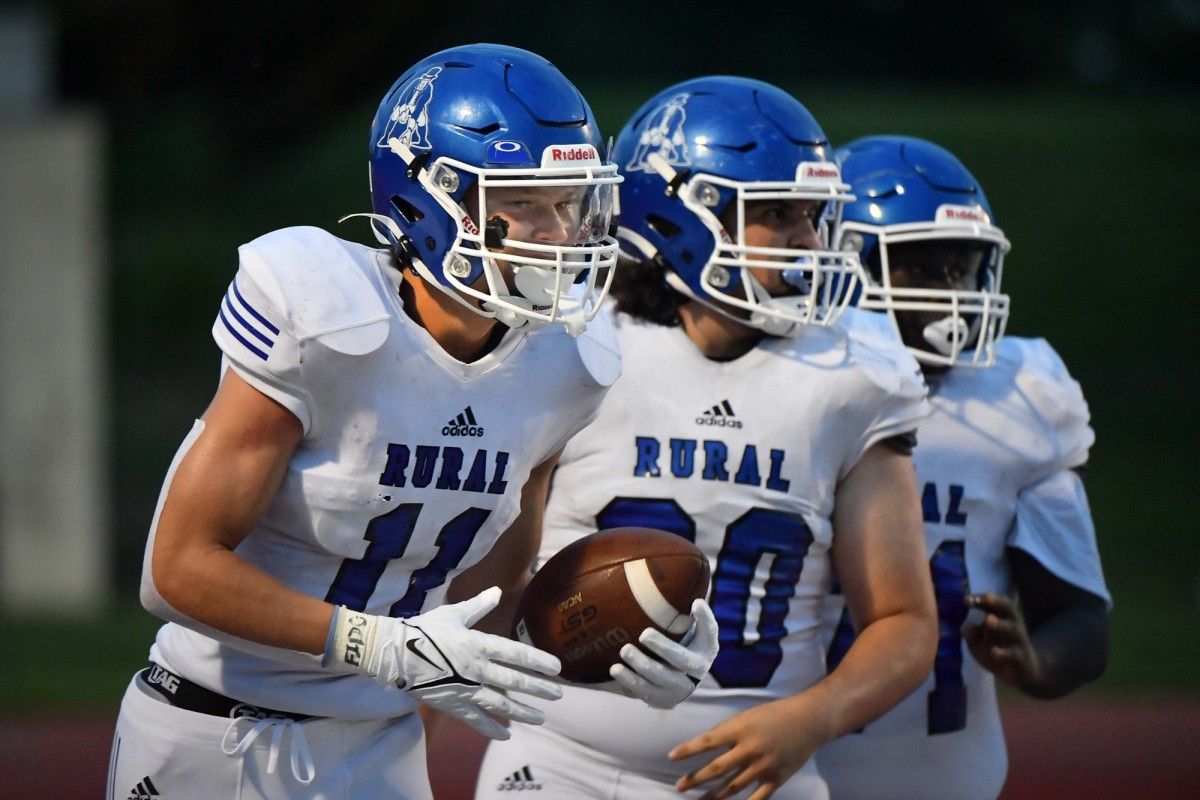 Senior standout Robby Bolin had four catches for 54 yards and two TDs and Bolin set up another Rural touchdown when he alertly scooped the ball off a blocked field goal attempt and scampered 22 yards to the West 5, with junior Ma'kenttis Adams scoring on the next play.

Junior Kason Williams led Rural with a game-high 70 rushing yards on seven carries while Adams had 63 yards on eight attempts and junior Lukas Hanks had three catches for 54 yards.

Washburn Rural opened up a 24-0 halftime advantage and forced a running clock at 45-0 with 5:48 remaining on a 16-yard touchdown run from sophmore JC Heim. 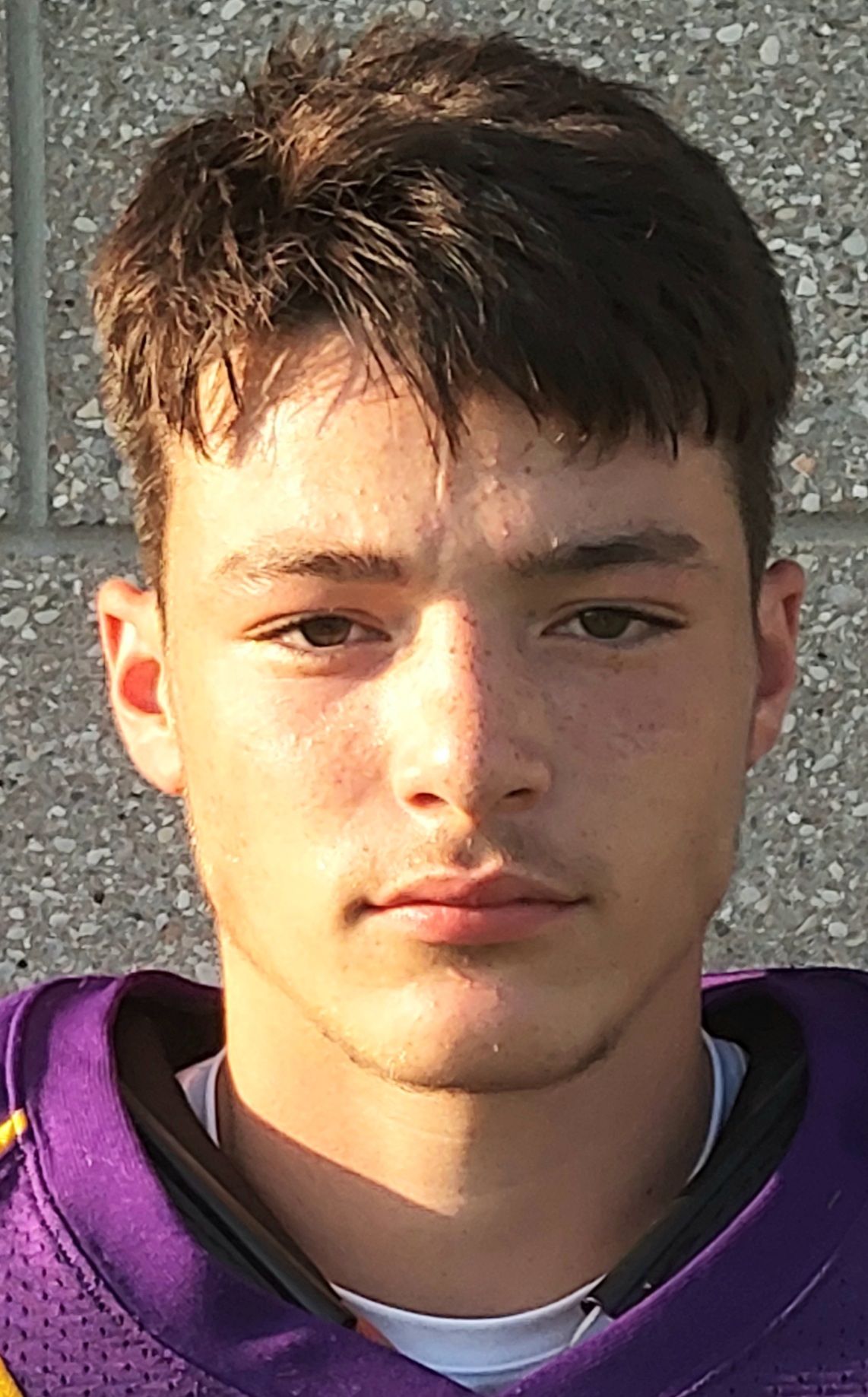 West junior quarterback Malachi Berg passed for 112 yards and rushed for a team-high 39 yards on 18 carries.

Rural came within one play of pitching a shutout, but the Junior Blues were flagged for a facemask penalty on the final play of regulation, giving West one untimed play to end the game.

Berg scored from 3 yards out to get the Chargers on the scoreboard.