But Hensyel also knows that if the Junior Blues keep finding the back of the net the way they have in back-to-back five-goal games, Rural is going to be hard to beat.

After opening the season with a 5-0 shutout over Kapaun Mt. Carmel last Friday, Washburn Rural followed that up with a 5-1 win over city rival Shawnee Heights Tuesday night at McElroy Field.

"The offense is clicking,'' Hensyel said. "We scored a bunch of goals the first half the other night and scored the second half tonight. Ten goals in two games obviously is pretty good.

"We have some offensive weapons but Shawnee Heights played hard and they made it really tough for us. We had to earn some goals and eventually kind of broke free, but we let them back in the game a little bit just by doing silly stuff. It's August, it's early in the season and we've got to clean some of those things up, simple things.''

Shawnee Heights, which was making its season debut, held Rural to just one first-half goal, but the Junior Blues scored four times in the second half to blow the game open.

Heights withstood numerous Rural scoring threats in the first half before Rutschmann finally got the Junior Blues on the scoreboard with just 1:38 left before halftime.

Washburn Rural took an insurmountable 3-0 lead on goals from Schafersman (26:25) and Heinen (22:25) early in the second half before Shawnee Heights got back in the game on a goal from senior Jake Loy with 19:10 remaining. 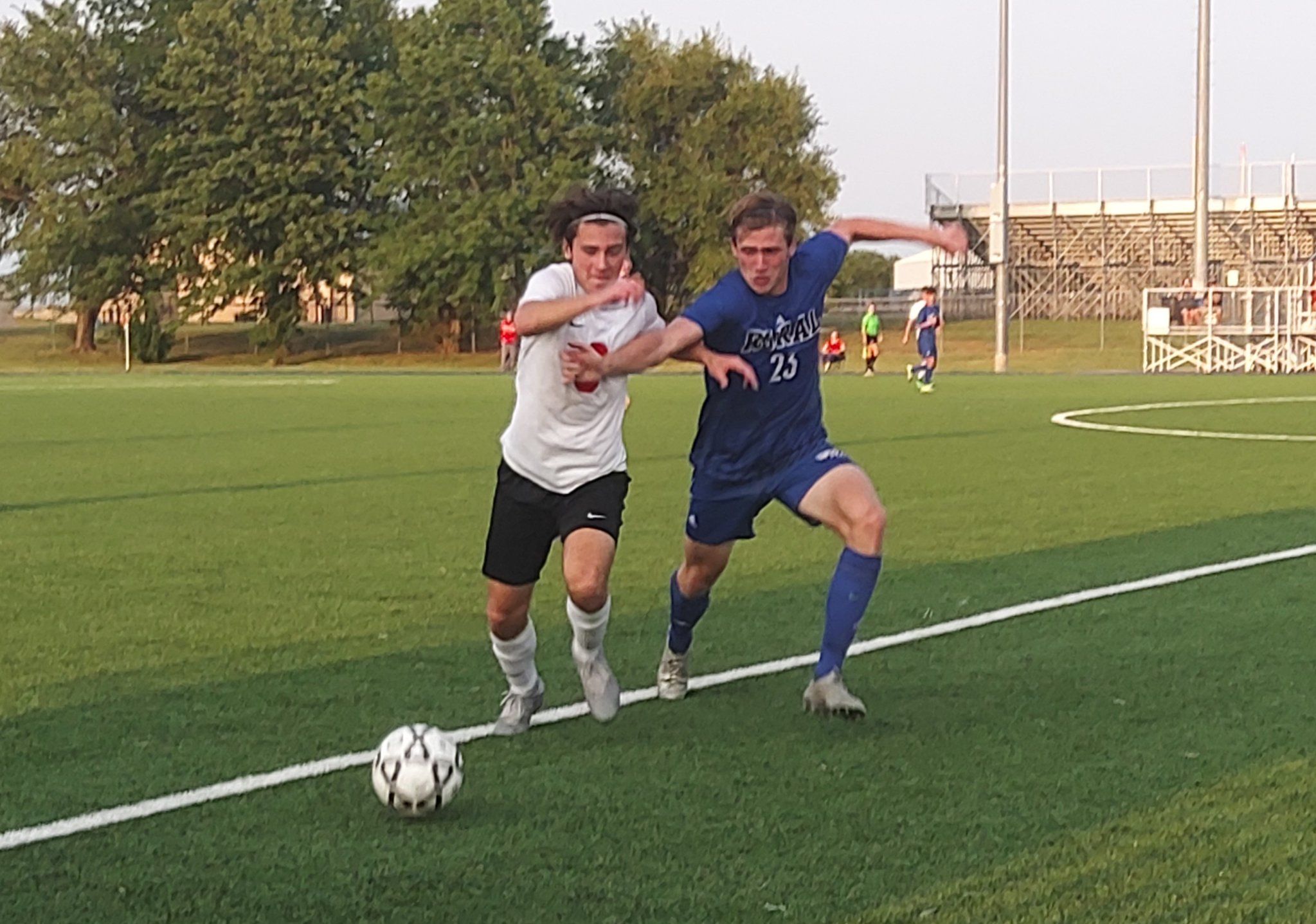 The T-Birds got no closer, however, with Rutschmann and Bradstreet adding goals down the stretch.

Despite the loss Heights coach Nic Simons saw some positives that his team can build on.

"We definitely weathered a lot of the storm the first half, but didn't look particularly well in possession,'' Simons said. "We switched some things up second half and I thought we came out and played pretty well for the first 20, 25 minutes and then I think a combination of guys cramping and some inexperience at times on some different things got us.

"I thought we did some good things. We had some opportunities that we left off the board in the second half and had we converted those, it's a whole different game. As I told the kids, the margin of error against a team like Rural is paper thin and we found out. It's a great lesson for us to learn this year and it's long season.''