Narrowing down candidates for the TopSports.news Shawnee County Best of the Best women's soccer list was a tough chore.

Picking the Top 25 was even tougher, but in the end former Shawnee Heights and Washburn University star Jessica Mainz got the nod as No. 1 at the top of a a talent-heavy group of athletes.

Mainz scored 97 goals and dished out 44 assists for Shawnee Heights, helping lead the T-Birds to a state team championship in 2004 and a runner-up finish in '05, before going on to become an All-American and a two-time MIAA player of the year while setting 14 career records and 15 single-season records. 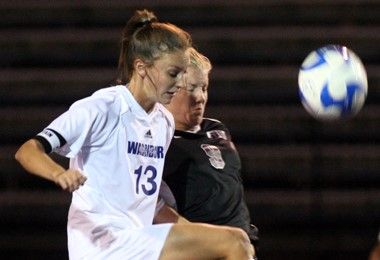 Also a basketball standout for WU, Mainz was the first Washburn soccer player to be inducted into the school's Hall of Fame.

Another former T-Bird, Leea Murphy, sits No. 2 on the Top 25 after starring for Heights and helping North Carolina win the '03 NCAA national championship, while perennial city, Centennial League and Class 6A state power Washburn Rural earned the next five positions and earned 11 spots overall, led by No. 3 Kaira Houser, No. 4 Darby Hirsch and No. 5 Kelly Lemke. 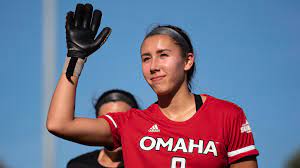 Lemke ended up No. 1 in the Readers Choice voting with nearly 1,900 votes while Washburn Rural alum Kate Schroeder was No. 2 and former Seaman standout Chelsea Hopkins third.

1. Jessica Mainz (Shawnee Heights)  -- After leading Shawnee Heights to a Class 5A-1A state title in 2004 and a second-place finish in '05, Mainz went on to earn All-America honors at Washburn University, setting 14 career records and 15 single-season records while earning All-MIAA honors four times and being named the MIAA Most Valuable Player twice. Mainz was also a basketball standout for WU, being named the MIAA Defensive Player of the Year twice.

2. Leaa Murphy (Shawnee Heights)  -- Murphy was a star in soccer and track and field for Shawnee Heights and went on to help North Carolina win the NCAA national championship in 2003. Murphy was a four-year letter-winner for the T-Birds in soccer, earning All-City and All-Centennial League honors three seasons, and was a state champion in track as a sprinter.

3. Kaira Houser (Washburn Rural)  -- Houser finished her high school career No. 1 on Washburn Rural's career list with 76 goals and ended up second with 48 assists. Houser scored 30 goals as a senior to help lead the Junior Blues to a second-place 6A finish, earning All-City, All-Centennial League and All-6A honors before going on to play collegiately at Creighton.

4. Darby Hirsch (Washburn Rural) -- Hirsch scored 51 career goals for Washburn Rural to rank No. 2 on the Junior Blues' career list and is Rural's career leader with 58 assists. Hirsch, also a state placer in tennis for Rural, went on to become an multi-time All-MIAA honoree at Fort Hays State while earning Academic All-America honors in '19.

5. Kelly Lemke (Washburn Rural) -- A four-year starter at goalkeeper for Washburn Rural, Lemke ended her career as the state record-holder with 52 shutouts while earning All-City, All-Centennial League and All-6A honors. Lemke began her college career at Nebraska-Omaha and is currently playing at Carnegie Mellon.

8. Kaney Tyler (Seaman) -- Tyler was a star goalkeeper for Seaman and Missouri Southern, earning the MIAA Most Valuable Player award and being a multi-year all-conference honoree. Tyler ended her college career as Southern's career leader with 28 shutouts and 335 saves.

9. Carly Bachelor (Washburn Rural) -- A three-sport All-Stater at Washburn Rural, Bachelor was named the Centennial League soccer player of the year in 2019 while also earning All-City and All-6A honors. Bachelor helped Rural finish second in 6A in '18 and '19. Bachelor is currently playing basketball at Creighton.

10. Melanie Hall (Washburn Rural) -- Hall scored 49 goals in her career for Washburn Rural and went on to star at Central Missouri, earning MIAA player of the year honors, scoring 19 goals in a season and ending her career tied for second with 38 career goals.

11. Jacki Martinek (Hayden) -- Martinek was part of three Hayden teams that captured 4A-1A state championships (2012, '13 and '15) before going on to play college soccer for Emporia State.

13. Addie Barry (Hayden) -- Barry played major roles for Hayden teams that won 4A-1A state titles in 2012 and '13 and posted a runner-up state finish in '14. Barry went on to play volleyball for Kansas.

15. Amber Hearrell (Topeka West) -- Hearrell was part of Topeka West's 2001 state championship team that is enshrined in the West hall of fame. Hearrell went on to play at Emporia State, earning All-MIAA recognition in multiple seasons.

17. Chelsea Hopkins (Seaman) -- Hopkins starred at Seaman before going on to play Division I soccer at Arkansas State from 2005-08.

18. Avery Munns (Washburn Rural) -- Munns was named the Centennial League player of the year for Washburn Rural as a senior, was a two-time All-City selection and earned All-6A honors, finishing her career with 46 goals.

23. Jackie Wolfe (Topeka West) -- Wolfe was a prolific scorer for outstanding teams at Topeka West before going on to Missouri.

24. Brynn Fitzgibbons (Washburn Rural) -- Fitzbiggons was a starter on three Washburn Rural teams that advanced to the 6A semifinals, including runner-up finishes in 2018 and '19. Rural finished third this past season and Fitzgibbons earned All-City, All-Centennial League and All-6A honors.

25. Grayson Seevers (Seaman) -- Seevers was a multi-year standout for Seaman before going on to play collegiately at Northwest Missouri.

Next up: Men's soccer Top 25 Best of the Best and Readers Choice Awards. 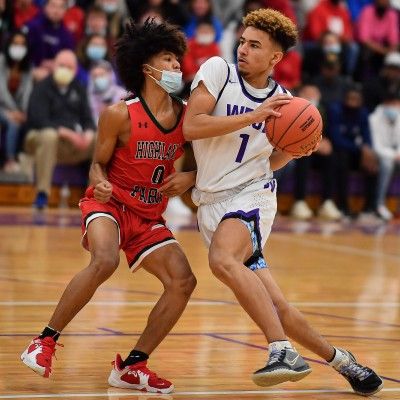