It's probably a good bet to say that local stars Abby Glynn and Rachel Stous haven't reached their peak in women's golf, with their careers seemingly still on the upswing.

But Washburn Rural product Glynn and Topeka High's Stous have already accomplished enough to earn the top two spots on the TopSports.news Shawnee County Best of the Best Top 25.

Glynn edged Stous for the No. 1 spot after earning three Class 6A state medals and helping Rural capture three Class 6A state team championships and a runner-up finish during her prep career before going on to become a standout at Kansas and winning the Missouri Amateur title in 2020. 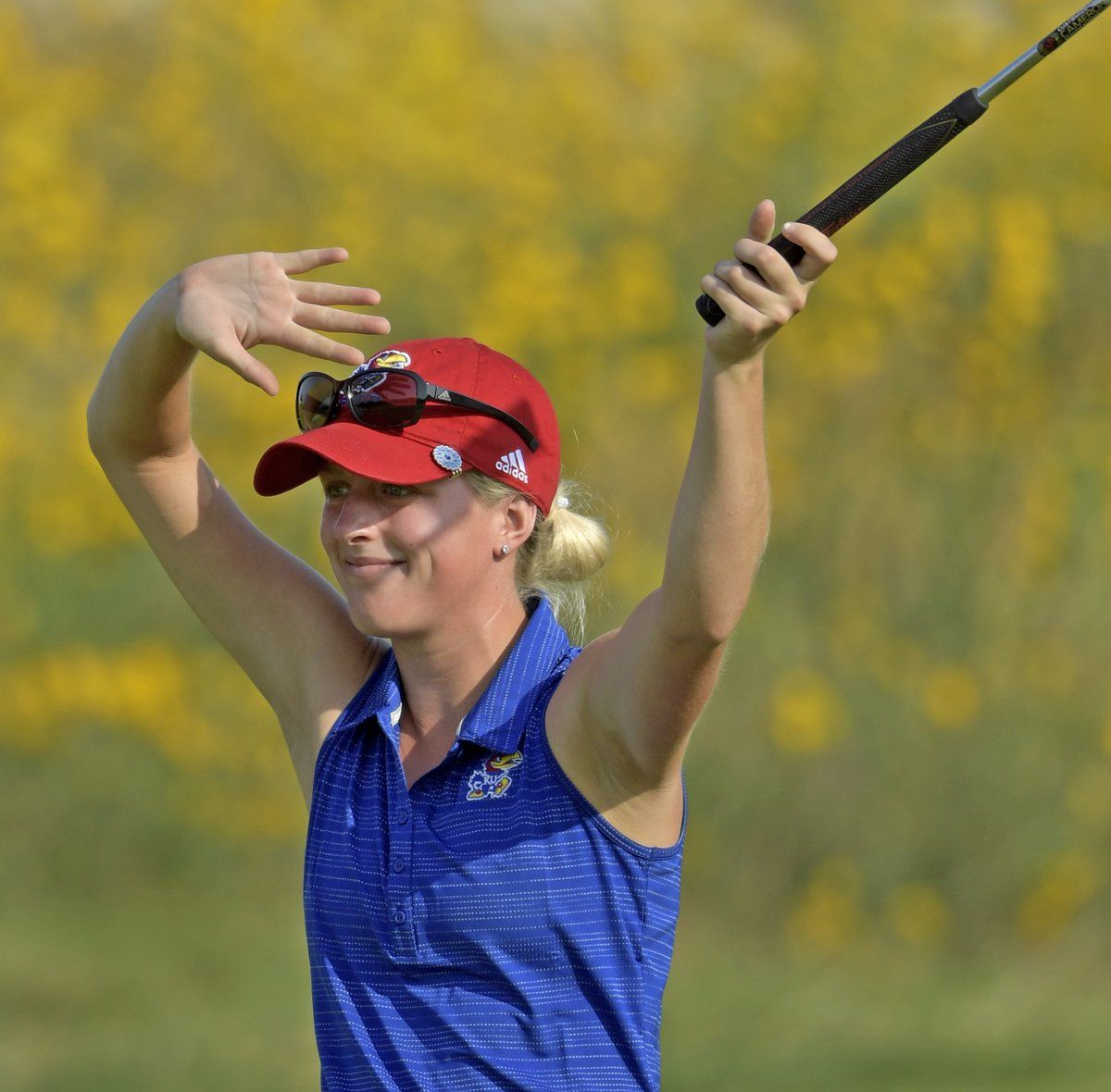 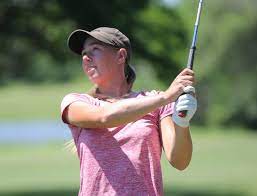 Stous, meanwhile, was a four-time 6A state medalist for the Trojans and has established herself as one of the state's top amateurs, including a win in the Kansas Amateur earlier this summer.

1. Abby Glynn (Washburn Rural) -- Glynn helped Washburn Rural win three Class 6A state championship and post a second-place team finish during an outstanding high school career. Glynn, who set a school record with a round of 69, was a three-time state medalist for the Junior Blues, taking second, sixth and seventh as Rural won team titles all three years. The Missouri Amateur champ in 2020, Glynn is currently a standout at Kansas, leading the Jayhawks in the 2021 Big 12 tournament with a 22nd-place finish.

2. Rachel Stous (Topeka High) -- The former Topeka High star was a four-time 6A state medalist for the Trojans from 2012-'15, with a high finish of fourth and a pair of ninth-place finishes, and has come into her own as a top amateur in recent seasons, winning the Kansas Amateur title earlier this summer and winning back-to-back Kansas City Match Play championships. Stous plans to turn professional in the near future.

3. Brooke LaRue (Hayden) -- LaRue was a four-time 4A state individual medalist for Hayden (2008-'11), earning a pair of state championships while also posting second and fourth-place finishes. While at Hayden LaRue helped lead the Wildcats to a pair of 4A team titles. LaRue went on to attend William and Mary.

4. Lauren Falley (Hayden) -- Falley was a four-time 4A medalist from 2006-'09, including an individual title, a second and a third-place finish, and helped lead the Wildcats to a pair of team championships. Falley went on to play for Oklahoma State and won the Kansas Amateur title in '13.

5. Megan Lucas (Washburn Rural) -- A three-time state medalist, Lucas was the 6A individual state champion in 2016 and posted a top-10 finish in '17 as Rural won back-to-back team titles. Lucas tied for 13th in '15 as Rural finished second as a team. She began her college career at UMKC and now plays for Wichita State.

6. Adin Stromgren (Washburn Rural) -- Stromgren was the 6A-5A state champ in 2006 and placed third in '05 as Rural won a team title. Stromgren began her college career at Texas State before becoming a standout at Wichita State, where she led the Shockers with a 76.52 stroke average and finished third individually in the Missouri Valley tournament.

7. Caroline Setter (Hayden) -- Setter helped lead Hayden to back-to-back 4A team championships in 2017 and '18, winning the individual state title in '17 and finishing fourth in '18. Setter is currently playing college golf for Rockhurst.

8. Courtney Mahon (Washburn Rural) -- Mahon was a four-time state medalist for Washburn Rural, including third, sixth and seventh-place finishes, and helped the Junior Blues finish second as a team in 2000 and '01. Mahon played at Arkansas and competed at the pro level.

9. Shelly McCalla -- McCalla (Triplett) was a standout for Kansas from 1988-91, helping lead the Jayhawks to their first Big Eight championship with a tie fof fifth in the conference tournament. After college McCalla posted multiple championships in the Topeka City Women's tournament.

10. Kelly Muxlow -- Competed for the Washburn University men's team and later was a multiple-time individual champion in the Topeka City Women's Tournament. Muxlow carded two holes in one in the same 18-hole round at Bella Vista Country Club (Ark.) in 2014.

13. Rebecca Holder (Silver Lake) -- Holder was a four-time 3A-1A state medalist for Silver Lake from 2009-'12, highlighted by an individual state championship in '11.

14. Haley Flory (Washburn Rural) -- Flory placed fifth individually in the 6A state tournament in 2013 and '14, helping lead Washburn Rural to 6A state team championships both seasons.

15. Jane Yi (Shawnee Heights) -- The current Shawnee Heights girls coach, Yi was a three-time 6A-5A top-10 state medalist for the T-Birds from 1992-'94, with a high finish of fifth place. Yi went on to play collegiately for Kansas State.

16. Morgan Trobaugh (Hayden) -- Trobaugh placed fifth individually in the 2008 4A state tournament and was fourth in '09 as Hayden won back-to-back 4A team championships.

17. Abbey Weddle (Washburn Rural) -- Weddle posted a second-place individual finish in the 2005 6A-5A state tournament, helping lead Washburn Rural to the team championship and was eighth in the '04 state meet.

19. Sarah Payne (Washburn Rural) -- Payne placed eighth in the 1998 6A-5A state tournament as Rural tied for second and finished third as a team and she went on to become a two-time NAIA All-American for Baker University.

20. Sam Mitchell (Washburn Rural) -- Mitchell helped Washburn Rural win back-to-back 6A state team championships in 2013 and '14, placing sixth individually in '13 and tying for 14th in '14, and went on to star for Baker University, including setting a school scoring record.

21. Kelli Johnston (Washburn Rural) -- Johnston was a three-time 6A-5A state medalist, including a second-place finish in the '95 state tournament. Johnston helped lead the Junior Blues to a pair of second-place team finishes.

22. Kate Freund (Topeka West) -- Freund was a three-time 6A-5A state medalist for the Chargers, including a fifth-place individual finish in 2000 and a sixth-place showing in '99.

24. Emily McDonald (Topeka High) -- McDonald posted a 10th-place individual finish in the 2004 6A-5A state tournament and took fifth in the '05 state meet for the Trojans.

25. Rachel Anstaett (Shawnee Heights) -- Anstaett was a three-time state medalist for the T-Birds from 2011-'13, posting a high finish of sixth place in '12.

Next up: Men's golf Top 25 Best of the Best and Readers Choice Awards. 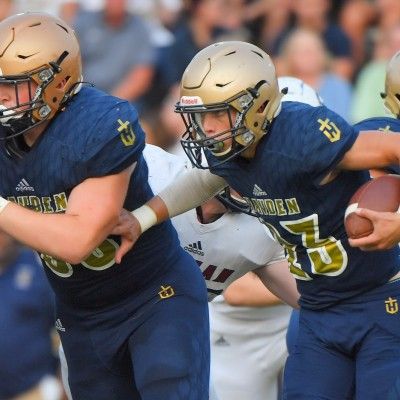