By her own admission, cross country was never Trisa Nickoley's favorite sport, with the Shawnee Heights legend always more fond of the shorter distances in track and field, particularly the 800 meters.

But Nickoley, a member of the Topeka Shawnee County and Kansas State High School Activities Association halls of fame, still became one of the state's best-ever, becoming one of just six cross country runners in state history to capture four straight individual titles.

That title legacy earned the former T-Bird and Missouri Tiger the No. 1 spot on TopSports.news' Shawnee County Best of the Best Top 25 list for women's cross country. 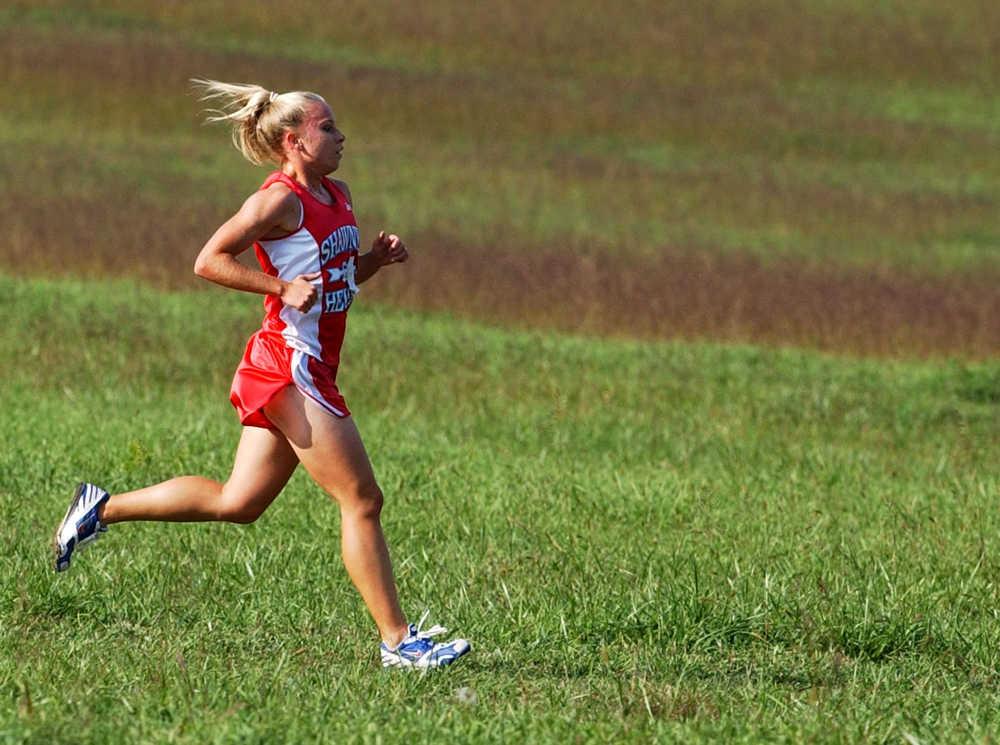 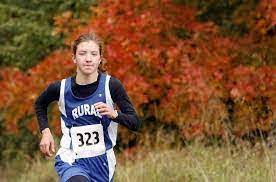 Nickoley, who continues to hold the state record in the 800 and never lost an individual race in state cross country or track competition en route to earning 17 state gold medals, took the No. 1 position in the TSN Top 25 over former Washburn Rural two-time state champ Avery Clifton while a pair of former Seaman state champs, Sydney Messick and Shauna Burrell, hold down the No. 3 and 4 spots and four-year state medalist Cate Holston rounds out the top five.

Clifton, also a multi-event 6A state champ in track, was the Readers Choice champion, topping Nickoley for that honor, while another former Rural star, Jaybe Shufelberger, ranked No. 3 in reader balloting. Shufelberger, currently running for Kansas State is No. 6 on the Top 25.

The TSN Top 25 includes seven Shawnee County athletes who won at least one individual state title and nine who helped their schools win at least one state team championship.

2. Avery Clifton (Washburn Rural) -- Clifton captured back to back 6A individual cross country championships in 2008 and '09 and was a two-time 1,600 and 3,200-meter champ in track for Washburn Rural before going on to run for Kansas State. Clifton was a Kansas Gatorade honoree.

3. Sydney Messick (Seaman) -- The former Seaman star, who went on to earn All-Big 12 honors at Kansas State, was the 5A individual state champion in 2006 after finishing eighth in the state meet in 05 and helping lead the Vikings to the 5A state team championship.

4. Shauna Burrell (Seaman) -- Burrell won the 5A individual championship for the Vikings in 1999 after posting a third-place state finish in '98. Burrell, who went on to run at Kansas State, was a two-time 5A 1,600-meter champ in track.

5. Cate Holston (Washburn Rural) -- Holston was a four-time 6A state medalist for Washburn Rural, never finishing any lower than seventh in the state meet while posting second and third-place finishes and helping lead the Junior Blues to the 6A team title in 1996. Holston went on to compete at Kanssas State.

6. Jaybe Shufelberger (Washburn Rural) -- Shufelberger was the Gatorade Kansas Girls Cross County Runner of the Year in '18 after finishing second at state, her only loss of the season. Shufelberger, who currently runs at Kansas State, was a three-time cross country state medalist and a double gold medalist in state track as a senior.

8. Annette Martin (Silver Lake) -- Martin was the individual 3A state champion for Silver Lake in 1982 after earning runner-up honors in the '80 3A state meet.

10. Caroline Hale (Shawnee Heights) -- Was a star throughout her career for Shawnee Heights, earning four straight 5A medals in the state meet and never finishing higher than sixth. Hale placed sixth at state as a freshman, sophomore and junior before finishing fourth as a senior.

11. Christine Silovsky (Hayden) -- The Hayden product placed third in the 1989 in the 4A state meet and followed that up with a fourth-place finish in '90, helping lead the Wildcats to the 4A team championship both seasons.

12. Kristin Strecker (Hayden) -- Strecker, who went on to swim at Nebraska, was a four-time state cross country medalist for Hayden, finishing as high as fifth and posting a pair of top-10 4A state finishes.

13. Becky Ives (Shawnee Heights) -- Ives placed third in the 5A state meet for Shawnee Heights in 1985 after taking fifth in 6A in '84 and went on to compete for Kansas State.

15. Ashley Davin (Shawnee Heights) -- Davin was a four-time 5A state medalist for Shawnee Heights' cross country team from 2000-2003, including three finishes in the top 10.

16. Amanda Morgan (Washburn Rural) -- Morgan was a two-time 6A state medalist for Washburn Rural, including a top-10 finish, before going on to run collegiately at Fort Hays State.

17. Shavonna Maxwell (Highland Park) -- Maxwell was a legitimate star for the Scots, earning three 5A state medals from 88-'90, including a second-place finish as a senior.

18. Angie Barry (Topeka West) -- Barry, a Topeka West graduate, placed sixth in the 6A state meet in 1984 after finishing 10th in '83. Barry went on to become a standout at Kansas State.

19. Shannon Suddarth (Hayden) -- Known for her swimming exploits at Hayden and Notre Dame, Suddarth finished second for the Wildcats in the '95 4A state meet and was a part of three Wildcat teams that captured 4A team championships.

20. Kylie Graves (Rossville) -- Graves finished second individually in the 3A state meet for Rossville in 2008 and placed sixth in '07.

21. Billi Ross (Washburn Rural) -- The Washburn Rural graduate was a two-time state medalist in 6A, taking eighth place in 1990 and fourth in '91.

22. Julie Howerton (Seaman) -- Howerton placed seventh individually for Seaman in the 1984 6A state meet, helping lead the Vikings to the 6A team championship. Howerton went on to compete at Kansas.

23. Lisa Lieber (Hayden) -- The former Hayden standout placed second for the Wildcats in the 1986 4A state meet, leading the Wildcats to the 4A state title.

24. Mary Kate Franklin (Hayden) -- Franklin finished fourth in the 2012 4A meet, helping lead the Wildcats to the 4A team title and was also a state champ in track before running at Kansas.

Next up: Men's cross country Top 25 Best of the Best and Readers Choice Awards.