TSN women's bowling Top 25 loaded with stars past and present

Bowling is one of the greatest so-called lifetime sports, with avid bowlers often taking up the sport as kids and bowling into their 70s, 80s and sometimes 90s.

That's awesome for the sport and the participants, but it makes putting together a list like the TopSports.news women's bowling Best of the Best Top 25 a nearly impossible task.

Do you go with bowlers who were some of Shawnee County best some five or six decades ago or do you lean towards a talented group of younger bowlers whose best is likely still ahead of them.

I tried to do a little of both, with veterans like Terri Sandgren, Maggie (Fritton) Crawford, Jeannine Wettengel and Natalie Bennett at the top of the list, while more recent stars like Kelsey Muther and Chelsie Bahr also earned lofty spots.

The advent of high school bowling was a boon for the sport, as evidenced by the fact that more than 30 bowlers received votes in the TSN Readers Choice poll as more than 9.300 votes were cast, by far the most of any sport in the Best of the Best balloting. 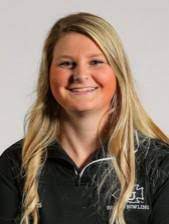 Former Washburn Rural state champ Whitney Prockish was the Readers Choice champion, while Seaman senior to be Makenzie Millard, the youngest member of the Top 25, was a close second as both Prockish and Millard garnered more than 3,000 votes.

1. Terri Sandgren --  Considered one of the best ever on the local women's bowling scene, Sandgren was a perennial contender in local leagues and tournaments. Sandgren was inducted into the United States Bowling Congress Kaw Valley Topeka Bowling Association Hall of Fame in 2002..

2. Maggie (Fritton) Crawford -- A 1994 inductee into the USBC Kaw Valley Topeka Bowling Association Hall of Fame, Crawford is best known for bowling a city-record 860 three-game series during the 2002-03 season.

3. Jeannine Wettengel -- Like Sandgren, Wettengel was a star in Topeka women's bowling for an extended period of time. Wettengel was inducted into the USBC Kaw Valley Topeka Bowling Hall of Fame in 1994. .

4. Natalie Bennett -- Bennett missed the start of high school bowling, but has won seven Topeka Top 10 titles (youth and adult) and has been named the Topeka Bowler of the Year on four occasions. She bowled a high series of 814.

5. Kelsey Muther -- Muther, who bowled at Topeka West and Topeka High, posted three top-four finishes in the high school state tournament, including a pair of runner-up finishes. Muther went on to become a standout at Wichita State, made the Junior Team USA and posted a high series of 834.

6. Chelsie Bahr -- Bahr has won a total of five Topeka Top 10 championships (youth and adult) and was a member of Wichita State's national championship team in '05, had a 782 high series and competed in multiple pro events..

7. Whitney Prockish -- Prockish, who bowled a 300 game at the age of 13, was a four-time state placer and a Class 6A state champion for Washburn Rural before going on to bowl at Newman and Ottawa University.

9. Sheila Gropp -- Was a longtime star at the local level, earning induction into the USBC Kaw Valley Topeka Bowling Hall of Fame in 1998, and won a Topeka Senior Top 10 championship as recently as 2013. Gropp also bowled in regional pro events.

11. Jessica Thompson -- The former Shawnee Heights standout won a state individual championship in 2010 with a 715 series and was a three-time state medalist, adding sixth-place and 15th-place finishes.

12. Kristi Renyer -- Renyer was a three-time state medalist in high school competition for Shawnee Heights, including a state championship in 2009.

13. Rachel Barber -- Barber was a star at Topeka West, placing in the state tournament on three occasions, including a second-place finish in '09. Barber, who had a high series of 801, went on to become a standout bowler for Ottawa University.

14. Cayla Bortz -- The former Shawnee Heights star was a three-time medalist in the Class 5A-1A state tournament, including second-place finishes in both 2017 and '18.

15. Kishno Bell -- Bell finished in the top eight in the 5A-1A state tournament three times, taking second in '16, fourth in '17 and eighth in 18. Bell went on to bowl collegiately at Baker University.

16. Makenzie Millard -- The Seaman standout is the youngest member of the Top 25, finishing her junior season earlier this year. Millard has posted a pair of top-five finishes in the 5A-1A state tournament, finishing fourth this past season and fifth in '20.

17. MaKaila Cowdin -- Cowdin, who helped Topeka West win a state team title in 2015, was a two-time individual state medalist, finishing fourth in '18, before going on to bowl at Ottawa University.

18. Carly Schmidtlein -- Schmidtlein was the 6A state individual champion in 2011 for Washburn Rural, bowling a three-game series of 696 in the state tournament.

20. Lauren Buchanan -- Buchanan won the 6A individual state championship for Washburn Rural in '19, winning with a three-game series of 646.

21. Cleora Cushinberry -- Cushinberry was a star at the local level and earned induction into the USBC Kaw Valley Topeka Bowling Hall of Fame in 2010.

22. Jody Ditch -- Ditch had a lengthy run as one of the top contenders in Topeka bowling in both league and tournament competition.

23. Tara McCart -- McCart burst on the local bowling scene when she rolled a pair of 300 games when she was 18 years old and ranked as one of the top city competitors for many years.

24. Jean Finlay -- Finlay was honored for a banner career with induction into the USBC Kaw Valley Topeka Bowling Hall of Fame in 1987. .

25. Barb Tidwell -- Tidwell was rewarded for a long run as a top bowler in Topeka with induction into the USBC Topeka Bowling Hall of Fame in 2018.

Next up: Men's bowling Top 25 Best of the Best and Readers Choice Awards.