Today's basketball fans probably know Silver Lake legend Lon Kruger more for his considerable accomplishments as a Division I coach than as a star guard.

After all, Kruger, who recently retired at Oklahoma, was the first Division I coach to take five different programs to the NCAA Tournament, including Final Four appearances with the Sooners and Florida.

But ardent basketball followers, particulary those in the over-60 demographic, remember Kruger as one of the greatest all-time players in Kansas.

In fact, Kruger gets TopSports.news' nod as the Best of the Best in Shawnee County history.

A star in basketball, baseball and football for Silver Lake, Kruger averaged 23.8 points as a senior guard for the Eagles basketball team and went on to help lead Kansas State to back-to-back Big 8 Conference championships and was named the conference player of the year in 1973 and '74 after earning sophomore of the year recognition in '72.

Kruger scored 1,063 points in a Wildcat uniform and averaged 17.6 points as a senior, including a career-high of 37 points.

Kruger, who had his No. 12 jersey retired by Kansas State, was drafted by the Atlanta Hawks in the ninth round of the '74 NBA Draft and was also selected in the Major League Baseball draft by the Astros in '70 and by the Cardinals in '74. 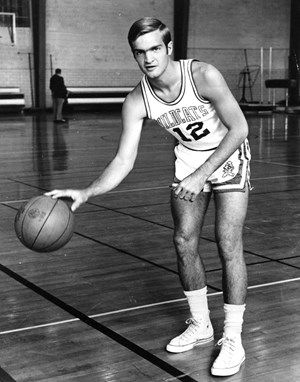 As good as Kruger was, however, he wasn't a slam dunk as TopSports.news' No. 1 pick as the Best of the Best.

Former Highland Park star Kyle Weems also received strong consideration for the top spot on the strength of an outstanding career at the high school, Division I and professional level.

Weems helped lead Highland Park to a perfect 25-0 record and the Class 5A state championship in 2007 before earning Missouri Vallley Player of the Year honors for Missouri State and finishing his career as the No. 2 scorer in Bears history.

Weems is getting set to start his 10th professional season in Europe and helped his team win the Italian championship this past season.

Former Hayden star Tom Meier, who won a pair of state championships at Hayden and a national NAIA title at Washburn University, holds down the No. 3 spot on the TSN Top 25 list while former Highland Park star James Patrick and Topeka High and UCLA product Fred Slaughter round out the top five. 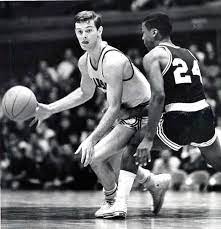 The late Delvy Lewis, who starred at Washburn Rural and was an All-Big 8 pick at Kansas, earned the No. 6 spot on the Top 25 and also earned the Readers Choice title by a significant margin, with Weems second and Kruger third in reader voting.

1. Lon Kruger (Silver Lake) -- The Silver Lake legend twice was named the Big Eight Conference Player of the Year as a star guard for Kansas State and was drafted in the NBA and MLB drafts before embarking on a long and successful coaching career.

2. Kyle Weems (Highland Park) -- An All-Stater as a senior, Weems helped lead Highland Park to a 25-0 record and a Class 5A state title in 2007 before becoming the MIssouri Valley Player of the Year for Missouri State, where he ranked as the No. 2 career scorer in Bears history. Weems is in his 10th season of a successful professional career overseas.

3. Tom Meier (Hayden)  -- The All-Stater helped lead Hayden to a 25-0 record and 4A state championships in 1982 and '83 and Meier earned All-America honors en route to leading Washburn University to the NAIA national championship in 1987.

4. James Patrick (Highland Park) -- Patrick led Highland Park to 4A and Grand State titles in '76 and earned All-America honors at Southwest Texas before being drafted in the fifth round of the NBA Draft by the Denver Nuggets.

6. Delvy Lewis (Washburn Rural) -- Lewis helped lead Washburn Rural to a state championship in 1960 before going on to become a three-year starter and an All-Big 8 honoree at Kansas.

8. Ron Paradis (Washburn Rural) -- Paradis was a state champion and All-State selection at Washburn Rural, ending his career at the school's career leading scorer, before going on to become a three-year letterman at Kansas State.

9. Ted Evans (Topeka High) -- Was a star for the Trojans before going on to play collegiately at Oklahoma. Evans was drafted by the Phoenix Suns before enjoying an extended professional career in Europe.

10. Mark Turgeon (Hayden) -- Now the coach at Maryland, Turgeon was an All-Stater and two-time state champion at Hayden before becoming the first Kansas basketball player to compete in four NCAA Basketball Tournaments.

11. Johnny Johnson (Seaman) -- Johnson averaged 24.4 points for Seaman as a senior and helped lead Washburn University to two NAIA tournament appearances. He is a member of the Washburn Athletic Hall of Fame.

12. Dale Cushinberry (Highland Park) -- Cushinberry was a two-time NAIA All-American for Emporia State and set the Hornets' season scoring record at 24.3 points per game. Cushinberry is in ESU's athletic hall of fame.

13. C.B. McGrath (Topeka West) -- McGrath was a multi-sport star for Topeka West, earning All-State honors in basketball, before going on to play on four conference championship teams as a guard for the Kansas Jayhawks.

14. Gary Woodland (Shawnee Heights) -- The 2019 U.S. Open champion is known these days for his golf exploits, but Woodland was a basketball All-Stater and two-time Class 5A state champion for Shawnee Heights and played as a freshman for Washburn University.

16. Jay Tunnell (Topeka West) -- Tunnell led Topeka West to the Class 5A state championship game as a senior before playing his college career at Indiana State.

17. Jahmal McMurray (Highland Park) -- Was an All-Stater as a senior for Highland Park before playing Division I basketball at South Florida and SMU. McMurray played in the NBA G League and is currently playing professionally overseas.

18. Shannon Kruger (Silver Lake) -- Kruger was a star quarterback for Silver Lake before becoming a standout guard for Washburn University, finishing his career in the top three at WU in 3-pointers, assists and steals.

19. Ed Delk (Highland Park) -- Delk was an All-American in both basketball and football for McPherson College, finishing his career among the school's all-time career scoring leaders in basketball.

20. Lamont Austin (Highland Park) -- Earned All-State honors in 2007 after helping lead Highland Park to an undefeated 5A state title and went on to help lead Howard to to a national juco title and play in the NCAA Tournament for Morehead State.

21. Mike Babb (Highland Park) -- Babb helped lead Highland Park to back-to-back 4A state championships in '76 and '77 as well as the Grand State title in '76. Played collegiately at Cameron University.

23. Davy Babb (Highland Park) -- Davy Babb went full circle for Highland Park, starring for the Scots as a player and later coaching his alma mater. Babb was also a standout at Emporia State.

24. Raphael Posey (Highland Park) -- Posey set a city record for career passing yardage as a high school quarterback before going on to average in double figures for Texas-San Antonio.

25. Tony Arrington (Topeka High) -- Arrington was named Mr. Kansas Basketball for Topeka High in 1990 and averaged 17.5 points and 5.5 rebounds over 40 games for Washburn University. Shot 55.4 percent from the field and hit 56 3-pointers.

Next up: Women's bowling Top 25 Best of the Best and Readers Choice Awards.