Narrowing down the list of women's basketball candidates for TopSports.news' Best of the Best list to 25 was a tough task.

Picking a No. 1 out of a talent-heavy group of Shawnee County legends was even tougher.

The TSN Top 25 list is jam full of high school stars and state champs, many who went on to earn All-America collegiate honors as well as recent multi-sport superstars like Carly Bachelor of Washburn Rural and NiJaree Canady of Topeka High, who ran away with the Readers Choice title despite still having a season of high schoolnbasketball remaining.

With more than a handful of candidates that were legitimate contenders for the top spot, the Best of the Best nod, by the slighest of margins, goes to former Shawnee Heights and Washburn University legend Brenda Shaffer-Dahl. 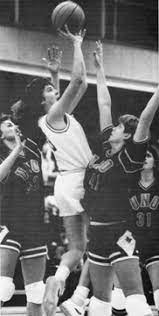 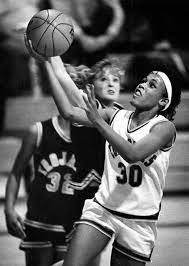 Shaffer-Dahl, a 1986 Heights graduate, led the T-Birds to an undefeated state championship as a senior and went on to set 24 Washburn basketball records from '86-'90. Shaffer-Dahl is Washburn’s all-time leading scorer (2,613 points) and all-time leading rebounder (1,106) and earned All-CSIC honors four seasons and was a two-time NAIA and Kodak/WBCA All-American.

Former Topeka West star Nadira Hazim, who scored 42 points in a Class 6A state tournament game, holds down the No. 2 spot, while Seaman and Washburn star Shelley Foster, Cair Paravel Latin and Kansas State product Peyton Williams and Washburn Rural and Notre Dame star Jeneka Joyce round out the top five in the TSN Top 25.

As mentioned earlier, Canady, who will also be a strong candidate in softball and the multi-sport division, was a clearcut winner in Readers Choice voting, garnering more than 1,700 votes while former Seaman and Fort Hays State star Tatyana Legette also received strong support from readers.

Shaffer-Dahl was third in reader voting while Williams and former Washburn Rural and WU standout Erika Lane tied for fourth.

1. Brenda Shaffer-Dahl (Shawnee Heights) --  After earning All-State honors and leading Shawnee Heights to an undefeated state championship as a senior in 1986, Shaffer-Dahl went on to set 24 Washburn University records from 1986-90 and is WU's career leader in scoring (2,613 points) and rebounds (1,106). Shaffer, a member of the Topeka Shawnee County and Washburn halls of fame, earned All-CSIC honors four straight seasons and NAIA and Kodak/WBCA All-America honors twice each.

2. Nadira Hazim (Topeka West) -- A Topeka Shawnee County Hall of Famer, Hazim was an All-Stater and led the Chargers to the Class 6A state championship game in 1987, including a 42-point performance in the state tournament. Hazim went on to score 1,670 career points for Kansas State, where she earned All-Big 8 Conference honors.

3. Shelley Foster (Seaman)  -- An All-Stater, Foster led Seaman to a 24-1 season and the 6A state title as a senior in 1991 and ranks No. 2 on Washburn University's career scoring list with 2,144 points. Foster is a member of the Topeka Shawnee County and Washburn halls of fame.

4. Peyton Williams (Cair Paravel Latin) -- Williams was an All-Big 12 first-team selection for Kansas State as a junior and senior in basketball and also earned All-Big 12 volleyball honors. Williams, who scored 1,553 career points and grabbed 967 rebounds, played in the 2019 Pan Am Games and is currently playing professionally  overseas.

5. Jeneka Joyce (Washburn Rural) -- Was a state champion, a three-time All-Stater for the Junior Blues and a Parade All-American before going on to play on Notre Dame's national championship team in 2000. Joyce finished her high school career with 1,549 points.

6. NiJaree Canady (Topeka High) -- The youngest athlete in the Top 25, Canady earned a spot on Shawnee County's all-time list despite still having a season to go in her high school career. Canady is already a two-time All-Stater in basketball and softball and has helped lead the Trojan basketball team to a pair of state runner-up finishes and a perfect 23-0 record in 2019-20.

7. Crystal Kemp (Topeka High) -- Kemp was an All-Stater for the Trojans before averaging double figures all four seasons at Kansas and earning first-team All-Big 12 honors as a senior for the Jayhawks. Kemp was also a state discus champ.

8. Tatyana Legette (Seaman) -- A three-sport standout at Seaman, Legette went on to an outstanding career at Fort Hays State, earning MIAA Player of the Year honors as a senior. She finished her career No. 11 on Fort Hays State's career scoring list (1,256 points) and No. 4 in rebounds (865).

9. Carly Bachelor (Washburn Rural) -- Now playing basketball for Creighton University, Bachelor earned All-State recognition in three sports for the Junior Blues, leading Rural to the 6A state basketball title as a senior in 2019 and finishing as the school record-holder in career points (1,776) and rebounds (953).

10. Kristie Bahner (Topeka High) -- After earning All-State honors at High, Bahner went on to score 1,017 points at Kansas State while also finishing among the KSU all-time leaders in career blocked shots and rebounds, posting 15 career double-doubles and career-highs of 29 points and 17 rebounds..

11. Nikki Olberding (Seaman) -- Olderding turned in an outstanding career at Seaman before starring at Washburn University, where she scored 1,811 career points and is No. 3 on the Ichabods' career scoring list.

12. Latisha Yarnell (Washburn Rural) -- The multi-sport Washburn University star finished her career as the all-time assist leader in school history and the No. 5 career scorer with 1,558 points. Yarnell was also a softball All-American for the Ichabods.

13. Cierra Ceazer (Shawnee Heights) -- Ceazer starred at Shawnee Heights before embarking on a successful Division I career at Grambling and Indiana State, averaging double figures at both schools, including 13.8 points as a senior for Indiana State.

14. Tisharria Huggins (Topeka West) -- Huggins, who died tragically in a 2011 car crash, helped lead Topeka West to a 5A state championship before playing at Wichita State (2000-04), where she started 95 games and ranked in WSU's top five in 3-pointers, free throw percentage, assists and minutes per game.

15. Barbara Sipes (Seaman) -- Sipes played before the start of girls high school sports, but was a seven-time AAU All-American and was regarded as one of the first great post players in women's basketball. .

16. Jamie Blakely (Washburn Rural) -- Blakely was a state champion at Washburn Rural and went on to turn in an outstanding career at Emporia State, finishing as the school's all-time assist leader and ranking No. 3 in steals.

17. Lisa Carey (Washburn Rural) -- Carey was an All-Stater and state champion for Washburn Rural before focusing on softball at Oklahoma, earning All-America honors and helping lead the Sooners to a national championship.

18. Kelly Jennings (Topeka High) -- .Jennings was an All-American at Washburn University, finishing her career with 1,090 points and setting a single-season rebounding record for the Ichabods.

20. Rhonda Matzke (Silver Lake) -- Matzke started her college career at Division I Oklahoma before transferring to Washburn University, where she scored 956 points and hit seven 3-pointers in a game.

21. Lori Roenbaugh (Shawnee Heights) -- Roenbaugh turned in a banner career for Washburn University after starring at Shawnee Heights, finishing with 1,067 points for the Ichabods.

22. Alexa Bordewick (Washburn Rural) -- Bordewick, who was a multi-sport state champ at Rural, went on to play her college basketball career at Pittsburg State, twice earning All-MIAA recognition and finishing her career third on PSU's career list with 166 made 3-pointers.

23. Dani McHenry (Shawnee Heights) -- A multi-sport star at Heights and Washburn University, McHenry was an All-American in volleyball and helped the Ichabods win a national championship in basketball.

24. Jessica Mainz (Shawnee Heights) -- Mainz was a multi-sport standout for Shawnee Heights and Washburn University, playing a key role for the Ichabods in basketball and earning All-America honors in soccer.

Next up: Men's basketball Top 25 Best of the Best and Readers Choice Awards.