Since the 1960s, the names Mike Torrez and Ken Berry have been synonymous with baseball success in Shawnee County.

So it probably shouldn't come as a big surprise that those two former Major League Baseball stalwarts ended up at the top of the TopSports.news' Top 25 Best of the Best list for baseball. 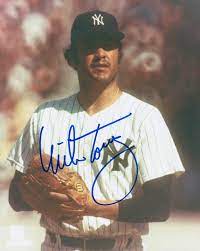 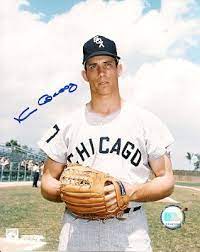 Torrez, a Topeka High product, also garnered the most votes from TSN readers, edging out Berry by eight votes for the No. 1 spot with Berry (Washburn Rural) a solid No. 2.

Torrez pitched 18 seasons for seven teams in the Major Leagues from 1967-84, becoming a 20-game winner for the Baltimore Orioles and helping lead the New York Yankees to the 1977 World Series championship with a pair of wins over the Los Angeles Dodgers.

Berry played 13 big league seasons and was an American League All-Star for the Chicago White Sox and a two-time Gold Glove winner.

While Torrez and Berry were relatively clearcut choices at the top of the Best of the Best list, determing the rest of the Top 25 order was a lot more difficult.

Duff "Sir Richard'' Cooley, who played 13 seasons in the Major Leagues from 1893-1905 with a .294 batting average, ended up No. 3 while Negro Leagues star Bingo DeMoss holds down the No. 4 spot and former Kansas City Royals All-Star Aaron Crow (Washburn Rural) rounds out the top five.

The list also includes a bunch of county products who earned All-America honors in college, with many of those going on to longtime minor league careers.

4. Bingo DeMoss -- Was regarded as one of the best second basemen in Negro Leagues history and later was a long-time manager.

5. Aaron Crow (Washburn Rural) -- After a standout career at Missouri Crow was picked in the first round of the MLB Draft twice and became an American League All-Star for the Royals before injuries ended his career.

6. Carroll Ray "Dink'' Mothell -- Mothell played 15 seasons in the Negro Leagues and was known for his versatility, playing at least one game at every position.

9. Jerad Head (Hayden) -- Head was a multi-sport standout at Hayden and Washburn University before making it to the Major Leagues with the Cleveland Indians.

10. Ken "Hook'' Johnson (Topeka High) -- Pitched for three teams in the Major Leagues, finishing his career with a 4.58 earned run average. A member of the Kansas Baseball Hall of Fame.

11. Larry Miller (Topeka High) -- Miller pitched in the minor leagues for nine years and the Major Leagues for three seasons, posting a 4.17 earned run average in the majors.

12. John Tetuan (Hayden) -- Tetuan was a three-sport standout at Hayden before earning All-America honors at Wichita State and being selected in the ninth round of the MLB Draft by the Rockies.

13. Rick DeHart (Seaman) -- DeHart was an NAIA All-American at Washburn University and pitched 16 professional seasons, including stints with the Expos and Royals.

14. David Proctor (Topeka High) -- Proctor was an All-America pitcher at Allen County before the Mets selected him in the first round of the MLB Draft. Pitched four seasons in the minors.

15. J.P. Wright (Seaman) -- Wright was named the NAIA Player of the Year his senior season at Washburn University and played two seasons in the minors for the Twins.

16. Blair Johnson (Washburn Rural) -- Johnson was the first player picked in the second round of the 2002 MLB Draft by the Pittsburgh Pirates and played eight seasons in the minors.

17. Chris Carlson (Seaman) -- A three-sport standout for Seaman, Carlson was a two-time All-American at New Mexico and went on to play four seasons in the minor leagues.

18. Ben Carlson (Seaman) -- The former multi-sport Seaman standout went on to become an All-American at Missouri State before playing in the minor leagues in the Indians organization.

19. Shane Wright (Hayden) -- Wright was an All-America pitcher at Texas Tech before going on to play three seasons in the minor leagues.

20. Gil Carter -- Carter played in the Negro Leagues and minors and is credited with hitting the longest home run in professional history.

21. Mark Elliott (Silver Lake) -- Elliott was drafted in the sixth round of the 1977 MLB Draft by the Dodgers and played three seasons in the minors, hitting .270 with 12 home runs.

22. Steve Eagan (Hayden) -- Eagan was a star catcher who was drafted in the sixth round of the 1967 MLB Draft by the Red Sox. Eagan played eight seasons in the minors, reaching the AAA level.

23. Jordan Cooper (Shawnee Heights) -- Cooper was an All-America pitcher at Wichita State and played nine professional seasons after being selected in the ninth round by the Indians.

24. Ryan Zeferjahn (Seaman) -- Zeferjahn was a standout pitcher for Seaman and Kansas before being drafted in the third round of the MLB Draft by the Boston Red Sox.

25. Ryan Colombo (Seaman) -- After starring at Seaman, Colombo went on to be named the NCAA Division II Player of the Year for Drury.